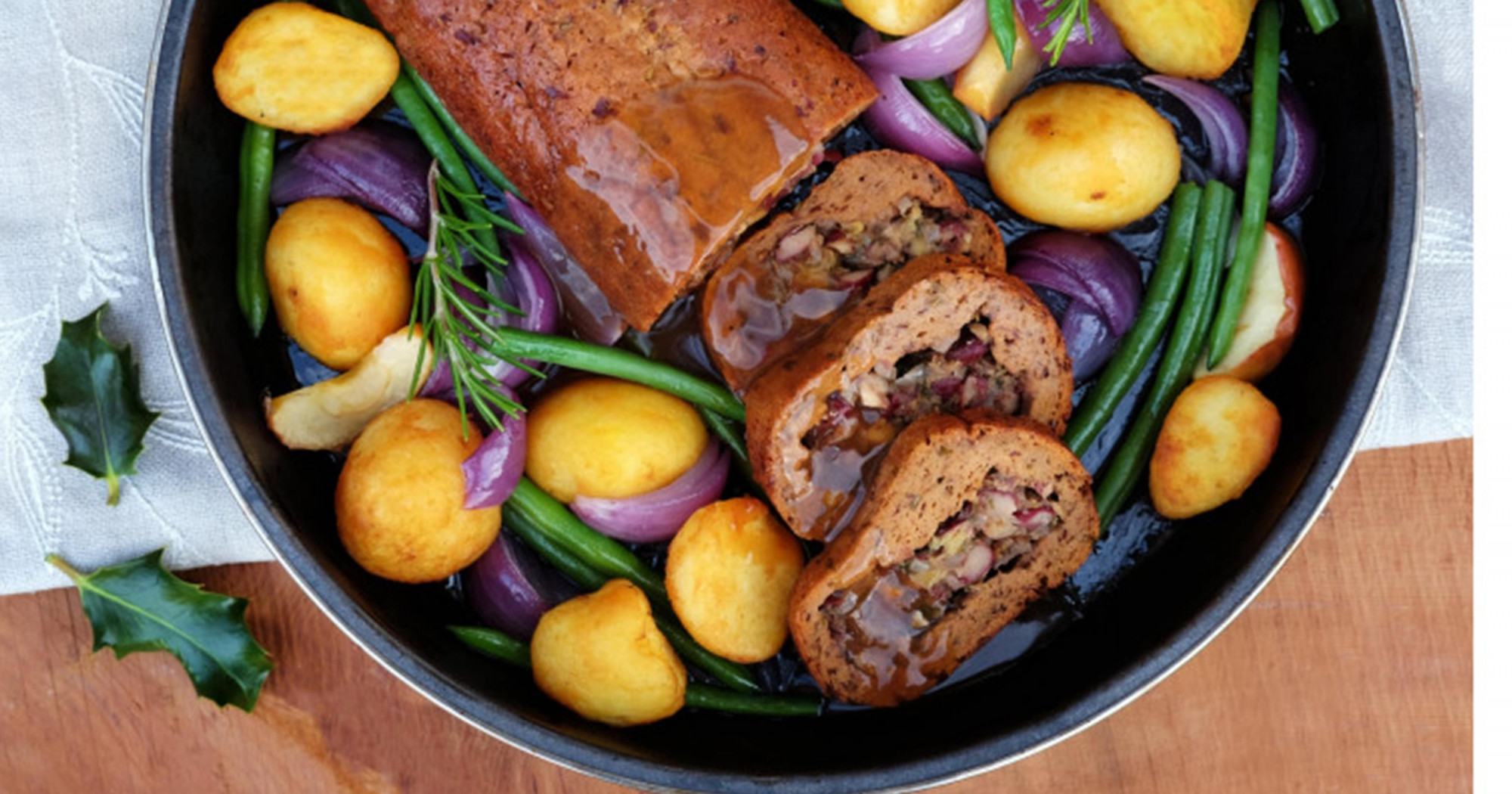 Seitan comes from Asia, where it was developed as a protein-rich food and has been eaten in China, Japan, Vietnam and other East and Southeast Asian countries since the 6th century. It’s also been a popular foods with vegetarian and vegan Buddhist monks.

In the West, seitan has risen in popularity almost unlike any other vegan food over the past couple of decades. It’s versatile, high in protein, has a pleasant chewy texture and can replace meat in just about anything. Seitan is sometimes simply called wheat gluten because it’s essentially just that – a big lump of wheat protein called gluten. That’s obviously not good news for people who are intolerant or allergic to gluten – and who should avoid seitan at all cost – but what does it mean for the rest of us?

How is it made?

Seitan starts off as wheat flour mixed with water to form dough, which is then repeatedly washed and kneaded under running water. This process ensures that all starch and bran is gradually washed out and what remains is an elastic mass formed mainly of wheat protein – gluten. The gluten dough is then cut into smaller pieces and cooked in vegetable broth, fried or steamed to obtain the final product – seitan.

There’s also a powdered version and it’s sold as vital wheat gluten – gluten flour. All you need to do is add water to it, knead, flavour the resulting dough and cook. Vital wheat gluten can also be used as a baking ingredient to add elasticity to flours and improve the texture of the final product.

Seitan contains about 24g of protein per 100g – that’s a lot! It’s more protein than you find in tofu or tempeh which makes it not only a protein hero but also an ideal protein source for people who don’t tolerate soya well.

The seitan protein, gluten, contains eight out of nine essential amino acids – protein building blocks that we can’t make ourselves and so have to consume. Sources of protein containing all nine essential amino acids are called complete protein. Seitan is therefore slightly incomplete but fear not – it’s an excellent source of protein and usually seasoned with soya sauce, which conveniently adds the missing amino acid (lysine)! So, seitan is not only a great protein source but also has a good amino acid profile.

If you’re wondering what else you can add to seitan to make up for its lack of lysine, it’s easy – lentils, beans, tofu, tempeh, nuts and seeds. However, there’s no need to combine these foods as a varied diet ensures we get all amino acids we need in a day so don’t obsess with complete protein. If you have seitan for lunch, some nuts and seeds as a snack and beans for dinner, you’re getting all the protein you need and more!

If you’re not gluten intolerant or coeliac, it is a great addition to your diet. It’s low in fat, carbohydrates and calories, high in protein and also provides several minerals, such as iron, calcium and magnesium.

The downside? It’s a processed food containing very little fibre and can be high in sodium if it’s been generously seasoned with salt and soya sauce.

Overall, seitan is healthy if it’s eaten as a part of a varied diet and not in excess. There have been some reports that people eating it in large amounts may have some digestive issues but if you don’t overdo it, you’ll be absolutely fine!

If you do experience discomfort after eating it, don’t eat any more seitan for a few days and then try it again to see if it was the culprit or just a coincidence.

How best to use seitan?

Seitan has a very neutral, bland taste which makes it ideal for a wide range of flavours as it absorbs seasoning very well. It also holds its meaty texture even if cooked for a long time so it’s easy to use in a myriad ways – bake, roast, steam, sauté, fry, stir-fry or sliced for sandwiches.

Many companies make mock meat products from seitan which are great for convenience and don’t require long cooking. On the other hand, they can be high in salt and preservatives so remember to check the ingredients first to know what you’re buying.

Try some of the following seitan combinations:

Seitan is a versatile and healthy food but you can’t live on just seitan and chips and be healthy. Eat it alongside wholegrains, pulses, nuts, seeds, fruit and vegetables, and you can’t go wrong!