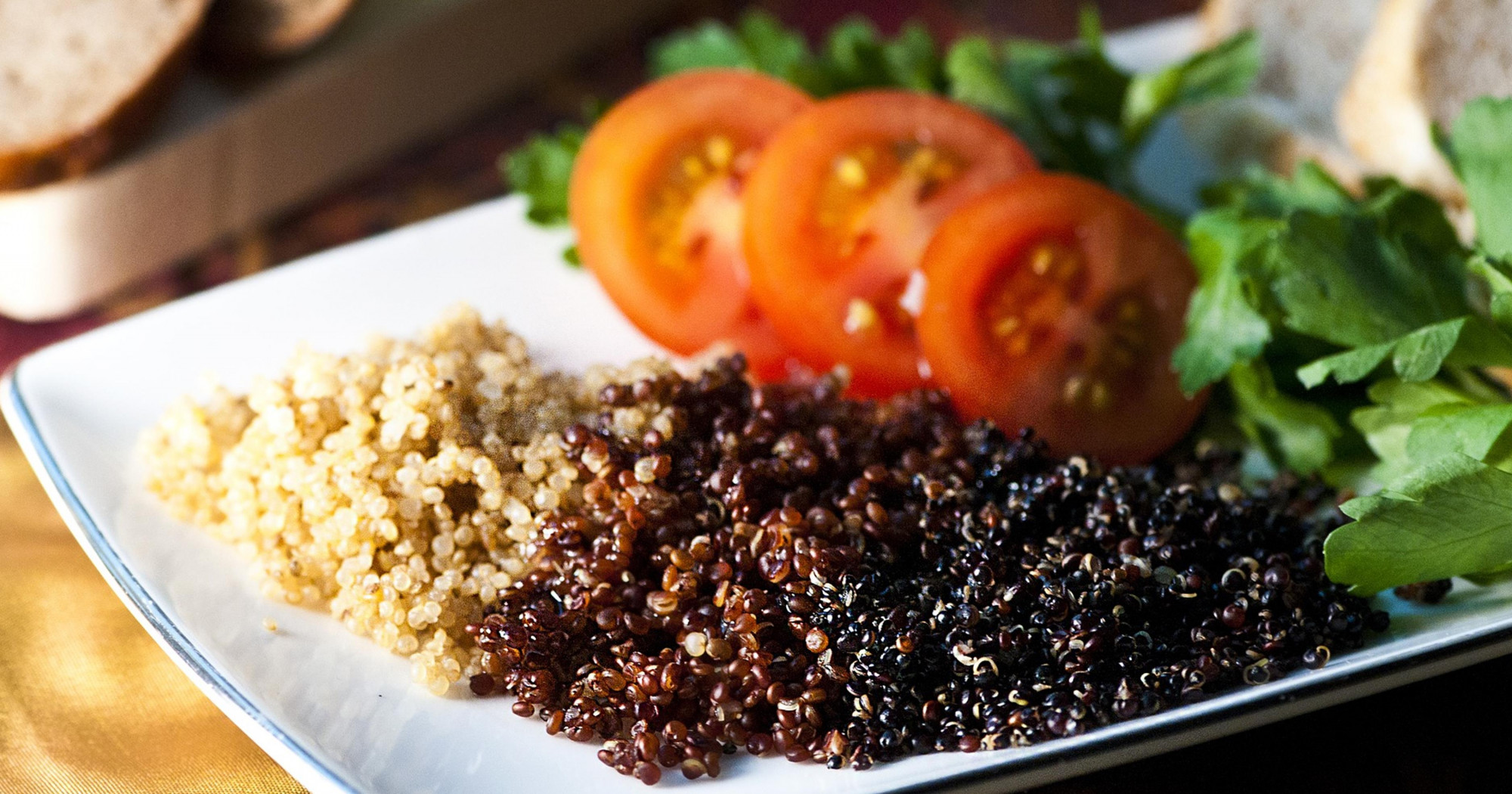 Though technically a seed, quinoa (pronounced ‘keen-wah’) is classified as a grain because of its nutrient profile and the way it is used in cooking. It is usually found on the supermarket shelves with other wholegrains and used as such. It has a bit more protein than other grains – about eight grams per cup of cooked quinoa – and contains all essential amino acids (protein building blocks) which is why it has become so popular.

Like other wholegrains, it’s very low in fat, great for healthy carbohydrates giving you long-lasting energy, a good source of some B vitamins (not B12 though) and important minerals, such as magnesium, phosphorus, zinc, copper and manganese. It also contains small amounts of iron, potassium and selenium.

Quinoa comes from the Andean region of South America and has been cultivated for millennia by people in the regions covering Peru and Bolivia. The Incas regarded it as sacred crop and used it in various religious ceremonies. However, Spanish conquistadors banned it when they occupied the lands because they saw its ritual use as pagan which is why its cultivation stayed endemic to small areas until recent years. Since people from all over the world rediscovered quinoa as a nutritious food crop that’s relatively easy to grow, it has been cultivated in North America and across Europe, including the UK.

The skyrocketing quinoa popularity has increased its price and the demand for it by Western consumers has been blamed for making it so expensive that traditional producers and consumers can’t afford it anymore. However, these news articles should be taken with a pinch of salt because several analyses of the market and local economic situations showed that rising quinoa prices led to more financial gain for the producers than ever before and improved their quality of life. There are also some initiatives to distribute quinoa more widely and ensure that everyone in rural areas has access to it, including making it a part of free school breakfasts.

In the UK, there are several farms growing quinoa, making it a local, sustainable and affordable crop. As such, it’s one of the most environmentally-friendly foods in Britain!

It’s more expensive than many other grains so if you find it’s outside your usual budget, you can always try mixing it in with cheaper wholegrains.