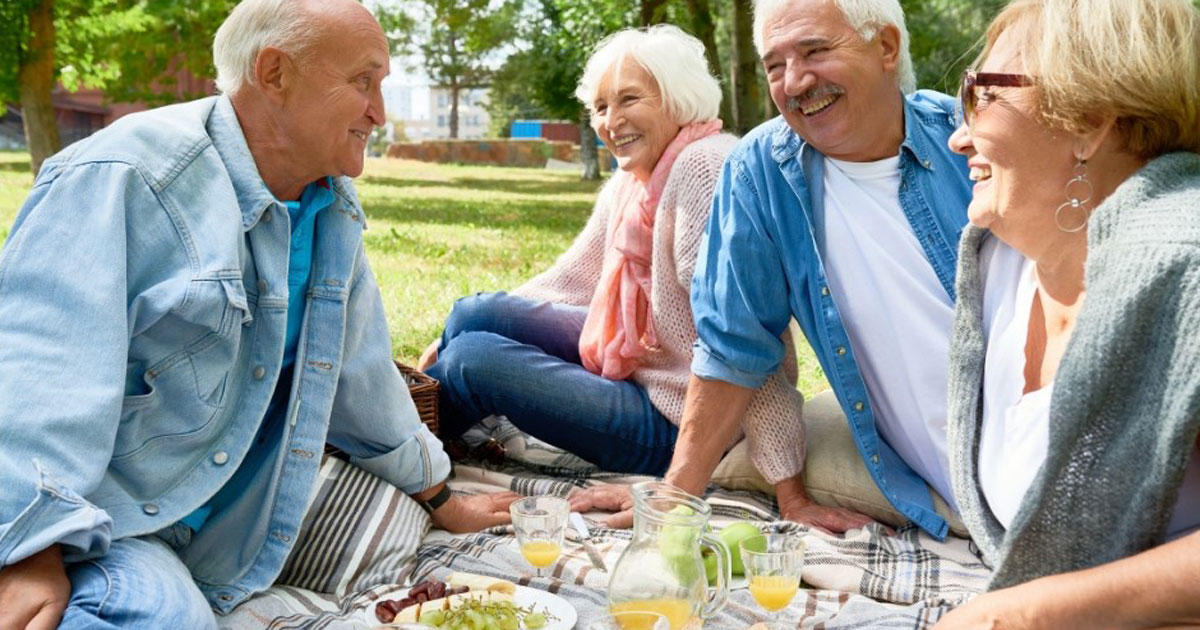 Old age shouldn’t mean ill heath! Simple lifestyle changes can improve your chances of a long and healthy life, as nutritionist Amanda Woodvine explains as she shows you how to…

The number of people who make it past the 100-years-old mark (centenarians) is increasing. As you would expect, numerous researchers have been working on them to see what they have in common and whether it’s possible to identify the elixir of life – or at least the elixir of scoring a century! They’ve even set up their own organisation – the New England Centenarian Study (NECS).

The NECS scientists believe centenarians are an elite group of people – they age relatively slowly and have escaped the diseases of aging such as Alzheimer’s, cancer, stroke and heart disease. Although some are well educated and others not, some are poor and others rich, and religion, race and diet vary considerably, they do share a number of similarities.

Few centenarians are obese, men particularly so, few have smoked and most are good at handling stress. Extraordinarily, women who conceive naturally after the age of 40 are four times more likely to hit 100 than those who don’t.

Genetics, unsurprisingly, play a part. About 50 per cent of centenarians have very close relatives who made it to a very old age and many of their children (whose ages ranged from 65 to 82) appeared to be following in their parents’ footsteps. But genetics aren’t everything – in fact account for about one-third – while lifestyle, environment and sheer chance make up the rest.

Tom Perls, head of NECS at Boston University reckons that a group of Seventh Day Adventists in California encompass some important common factors.Average lifespan is 88 (10 years more than the US average) and despite being genetically different, they share a lifestyle that commonly includes vegetarianism, no smoking, no drinking and which places strong emphasis on family and religion, all of which contribute to longevity. Nutrition and lifestyle are therefore key factors.

Other researchers concentrated on the diets of centenarians and came up with a high intake of legumes – pulses. It’s certainly true of the Japanese with their tofu, natto and miso based on soya beans; the Swedes with their brown beans and peas; and Mediterranean dwellers with their lentils, chickpeas and white beans.

The hotspot for longevity is the Japanese island of Okinawa, with more centenarians than anywhere else in the world. Dr Bradley Willcox and colleagues studied 600 of them over a 25-year period before writing their book, The Okinawa Way.They identified a pattern.

The key was a diet of whole grains, vegetables, fruit and soya products, regular exercise, a spiritual outlook on life that minimised stress and a successful integration of Eastern and Western health care systems. With low levels of cholesterol and homocysteine (a toxic
substance that blocks arteries in a similar way to cholesterol) they had an 80 per lower risk of heart disease and strokes.

These aged Okinawans also had reduced rates of breast and prostate cancer, half the rate of ovarian and colon cancer and a much lower risk of dementia. It wasn’t genetics that took the credit but diet – the right formula for combating disease. And what’s good for the Okinawans…

Normal, everyday processes such as breathing, digesting food or simply moving about creates unstable molecules called free radicals that can damage cells and result in cancer and other diseases. Smoking, pollution, ultraviolet light and stress also create free radicals but so can cooking – especially meat. Neutralising them or at least cutting their number may be the answer to avoiding diseases of aging and the body is eminently capable of doing that with substances called antioxidants. It can be given a huge helping hand by eating foods that are also high in antioxidants.

Vegetarians tend to have a diet richer in the powerful antioxidant vitamins C, E and A (beta-carotene) than meat eaters, they are likely to have better health, with lower rates of obesity, diabetes, heart disease and cancer, and live up to six years longer. And the bonus is a lower risk of dementia.The basis of healthy eating is clearly vegetables, legumes, fruits and whole grains.

It’s also a diet that may ward off wrinkles by boosting the skin’s natural defences against sun damage. Researchers found that that people who ate more vegetables, legumes and olive oil were less prone to skin damage from sun, whether dark or fair-skinned. Tea was particularly effective. The worst skin damage was in those who ate a lot of dairy, meat, butter, margarine and sugar.

But we don’t want to sell you that because simple improvements in your diet could mean not only less skin damage but less damage to your internal organs, also. In fact, smooth skin may be a measure of how well the rest of the body is ageing, according to the journal Age and Ageing. Older people with less wrinkly skin tended to be healthier and have fewer disabilities.

And it’s never too late to start, according to the Department of Health’s Small Change, Big Difference campaign. Just one extra piece of fruit or serving of vegetables a day and walking up the stairs instead of taking the lift could lengthen your life.