Mending a broken heart. How a vegan diet prevents and cures heart disease 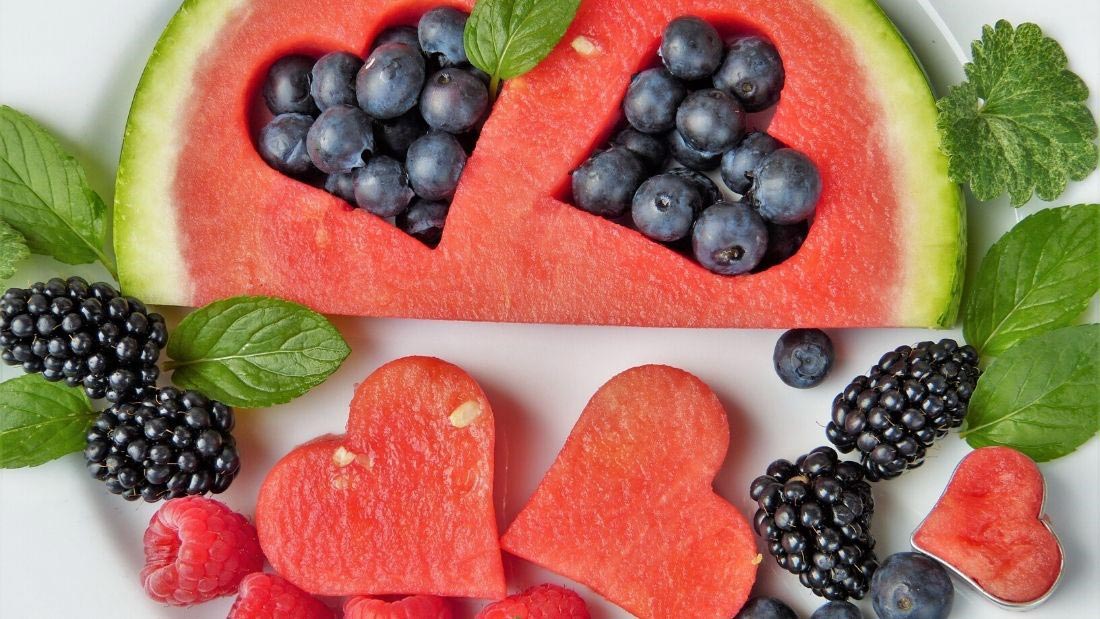 If you think heart attacks affect only the elderly, think again as its victims are becoming ever younger. Shockingly, it is young women who are now putting themselves at a higher risk of suffering a heart attack than any other group.

A recent and large study of 70,000 nurses in the US makes uncomfortable reading. Women are killing themselves before their time in increasing numbers due to lifestyle choices.

The women in this huge study were between 27 and 44 years old when it started. During 20 years of follow-up, over 450 had heart attacks and an astonishing 32,000 were diagnosed with cardiovascular disease risk factors, including diabetes type 2, high blood pressure and/or high levels of blood cholesterol.

The evidence comes as research shows heart attacks are the UK’s second biggest killer (after dementia), with one in four men and one in six women dying from it.

As always, people love to blame their genes, yet the World Health Organisation stated in 2014 that 80 to 90 per cent of heart disease cases are due to our lifestyle not genetics. And this study supports that. Women who stuck to six healthy lifestyle practices almost demolished their risk of a heart attack.

Journal of the American College of Cardiology Vol 65, No 1, January 2015

If you were in any doubt what the “eat healthily” rule means – look no further than a landmark paper in the Journal of the American College of Cardiology, published in March 2017.  Scientists review some of the popular diets and eating patterns that are promoted for cardiovascular health. The aim is to provide doctors with accurate advice for patients.

The evidence is incredibly powerful and consistently shows that a varied, vegan, whole food diet can not only prevent cardiovascular diseases, but also halt and reverse their progression. Its strength has lead the President of the American College of Cardiology, Professor Kim Williams, to state:

“There are two kinds of cardiologists: vegans and those who haven’t read the data.”

Unsurprisingly, Professor Williams is himself a vegan. He changed when he discovered that his own ‘bad’ LDL cholesterol was dangerously high.  Within six weeks, it halved to a healthy level. The inspiration to go vegan came from one of his patients. He says: “A heart patient with very high-risk findings inspired me to try a plant-based diet. The patient initially had a heart condition that was a severe, three-vessel disease pattern of reversible ischemia. She came back to me several months later after she’d been following Dr Dean Ornish’s Program for Reversing Heart Disease.

“This includes a plant-based (vegan) diet, exercise and meditation. She told me her chest pain had resolved in about six weeks on the program. Her heart scan had also become essentially normal. When I saw her new LDL (cholesterol) result, I started looking into a vegan diet myself. I investigated the plant-based diet in Dr Ornish’s publications and found that patients following his recommendations made dramatic improvements in reversing their heart disease.”

Professor Williams is not the only clinician to go vegan due to such unequivocal findings on the healing power of a vegan diet. Heart expert, Dr Caldwell B Esselstyn has been vegan for more than 30 years. He told me:

“Heart disease need not exist and if it does, it need not progress. I have an ambitious goal: to annihilate heart disease – to abolish it once and for all. Your arteries at the age of 90 ought to work as efficiently as they did when you were nine.”

This is the holy grail according to Dr Caldwell Esselstyn, and he should know! Trained as a surgeon at the Cleveland Clinic, US, he worked at St. George’s Hospital, London, was a researcher and clinician at the Cleveland Clinic where, over a period of 20 years, he ran the most comprehensive study of its kind, researching the impact of nutrition on people with advanced heart disease.

Dr Esselstyn’s patients’ initial responses varied from an enthusiastic, ‘this is my last hope – I’ll start now’, to, ‘you must be joking!’ However, the proof is in the no-fat pudding. The group began the study with an average blood cholesterol of 246 mg/dL – reducing to an average 137 mg/dL at the end of it. This is the most profound drop in cholesterol levels in any such study.

In all the patients who had angiograms (an X-ray of the coronary arteries), progression of the disease had stopped and in most cases it had been reversed. Again, the results are stunning and scientific proof of the healing power of plant foods. We can eat ourselves into a state of disease or eat ourselves out of it!

The most far-reaching epidemiological study (ordinary people in real-life situations) on the effect of diet on health is the China Study. It found that cardiovascular disease is nearly non-existent in areas where cholesterol levels are consistently low.

There is now a welter of science to show that vegans’ lower risk of high blood pressure is considerable and is anywhere between 33 to 75 per cent less than a meat and dairy eater whose other lifestyle factors are similar. A review of the evidence published in the journal Nutrition Reviews, explains how a diet high in fruits, vegetables, pulses and nuts lowers blood pressure by a variety of mechanisms.

The Journal of the American College of Cardiology states that

Cholesterol – why is it a heart breaker?

Just the size of your fist, your heart pumps oxygen-rich blood around your organs in blood vessels known as arteries and returns to the heart through veins.

Your heart needs its own blood supply to keep pumping and heart disease occurs when arteries carrying blood for the heart to use – coronary arteries – start to become blocked. It is a gradual process of furring up with ‘plaques’ – a thick sludge formed from cholesterol and other substances. It’s known as atherosclerosis.

Its effect is to reduce the diameter of arteries through which the heart’s vital blood supply has to flow. It can also prevent nutrients from being delivered to the artery walls, reducing their elasticity and resulting in high blood pressure, which can increase the risk of heart disease. This same process can, of course, happen in arteries throughout the body but it is the heart’s arteries which are the real Achille’s heel.

Imagine placing your thumb over the end of a hose pipe with water flowing through it. You can feel the pressure on your thumb and water squirts out at high speed. In effect, that’s what your heart has to cope with. It labours to keep beating and can cause horrible chest pain from angina. When one of the coronary arteries becomes completely blocked, you really are at risk of a heart attack.

Cholesterol is found only in animal foods

Cholesterol is found only in animal foods (meat, fish, eggs, dairy and so on) and there is none in any plant food of any kind – even those which contain lots of fat, such as avocados, nuts and seeds, are cholesterol free.

Consuming cholesterol-rich foods can increase cholesterol levels in the body to some extent but much more problematic is the effect of eating animal protein and saturated animal fats. It’s all the usual suspects – dairy, hard cheeses, cream, ice cream, milk chocolate and butter, red and white meats, fish and eggs. Hydrogenated fats are also damaging. Entirely a product of the laboratory, they are hardened vegetable oils and found largely in ‘junk’ foods. Highly appropriate considering they are complete junk.

Animal protein, saturated and hydrogenated fats stimulate the body’s own cholesterol production. Vegetable protein tends to have the opposite effect and soya and oats, for example, can seriously lower cholesterol levels.

Almost all of us know someone who suffers from heart disease or a related illness. Its fatty fingers are squeezing the life out of an astonishing number of people from every walk of life. Victims of heart attacks are becoming ever younger and given a bad diet, children start laying down arterial plaques at the tender age of three. And yet a vegan diet is a powerful preventer and healer of this largely self-inflicted disease.

It is time to shout it from the roof tops – going vegan is the most powerful tool we have to mend a broken heart.