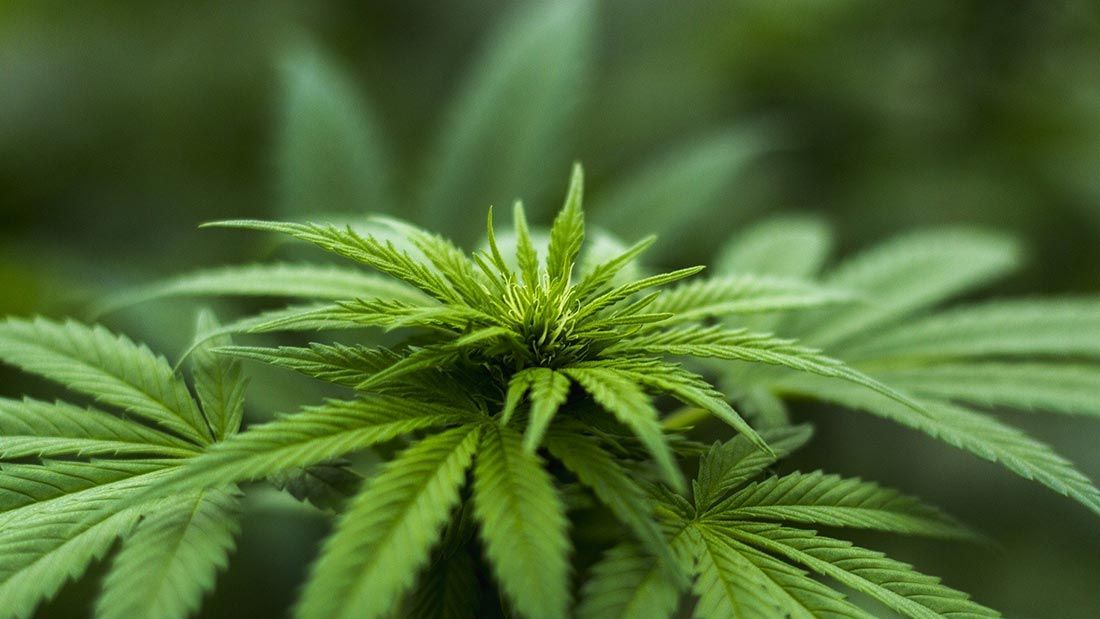 It’s probably safe to assume that most don’t think of the hemp plant, Cannabis sativa, as a food product. Although it’s best known as ‘weed’, its use as a food has recently skyrocketed. It is important, however, to clarify the difference between hemp and recreational marijuana. Both come from the same plant but marijuana contains high levels of the psychoactive substance, THC. Hemp contains very low levels of THC and is not used recreationally.

Hemp seeds are very high in the essential fatty acids, omega-3 and omega-6, as well as other polyunsaturated fatty acids. These are essential as the human body can’t synthesise them and so have to be consumed. These essential fatty acids perform important roles in the brain, eyes and cardiovascular system as well as for fertility, immunity and hormones. Hemp also contains a fatty acid that’s rare in food – gamma-linolenic acid. Although our bodies can make it, production is slow, particularly during stress, ageing, hypertension (high blood pressure) or diabetes. This fatty acid is important in the control of inflammation and cardiovascular health so having a source in your diet is a good idea!

Hemp seeds contain as much protein as soya as well sharing the same essential amino acids – all of them! Many muscle-mad gym-goers think that adding egg whites to shakes is the best way to boost protein but two tablespoons of hemp seeds contain just as much – and we’ll take that over a slimy, eggy shake any day!

Amino acids are the building blocks of protein and hemp is particularly high in the amino acid arginine, which has been shown to reduce levels of C-reactive protein in the blood – high levels of which are known to significantly increase the risk of cardiovascular disease. Arginine is also important in the production of nitric oxide, which causes relaxation of the blood vessels, lowering blood pressure and also reducing the risk of cardiovascular disease.

Hemp seeds are rich in dietary fibre, both soluble and insoluble and certain types of bacteria in our gut are able to use this fibre as energy, which results in the production of short-chain fatty acids. Studies have shown that these fatty acids have an anti-inflammatory effect on the cells of our gut, which in turn may reduce the risk of colorectal cancer. By eating a diet high in fibre from seeds, fruit, vegetables and whole grains you can increase the amounts of these good bacteria in the gut, which in turn takes up space that prevents bad ones from settling in!

Vitamin E, phosphorus, potassium, magnesium, sulphur, calcium, iron, zinc… these little seeds are brimming with goodness! It makes them the perfect nutritional boost to add to foods, especially on days when your appetite is low or when you’re rushed off your feet.

Good for the planet

For many, the use of hemp as an alternative to other foods has one primary benefit – it is kind on the planet. Hemp grows fast and adapts well to various soils and climatic conditions, meaning that it smothers weeds and as a young plant quickly ceases to be vulnerable. Ultimately, it means fewer herbicides and pesticides! Another plus is that hemp is good at taking in and storing the greenhouse gas, carbon dioxide. Their flowers also help to support bee populations.

How to use it

In order to retain as much of the nutrition of the seeds as possible, hemp oil should be cold-pressed and unrefined. Due to its structure, it isn’t suitable for frying and will create smoke if heated too much, which will destroy the delicate omega-3 and 6 fatty acids. Hemp oil has a nutty, earthy taste, which is stronger than other oils such as vegetable oil. For this reason, it’s probably not best to use when making sweet or delicately flavoured foods. Try drizzling it over meals or add it to homemade hummus, dips and pesto!

Unless blended, seeds should be hulled (sometimes known as hemp hearts) in order to benefit from their full nutritional value. When buying seeds, make sure they come in opaque packaging as they can quickly deteriorate after harvest when exposed to light. You can sprinkle hemp hearts onto salads, cereal, vegan yoghurt alternatives or into smoothies. They also work brilliantly as a gluten-free alternative to breadcrumbs!

Hemp milk can now be found in most supermarkets and health food shops and can be used in hot drinks, cooking and baking. Most hemp milks are not fortified with calcium and vitamins– something to consider if you’ve been relying on plant milks for vitamins B12 and D and calcium. Hemp milk is slightly pricier than other plant milks but if you’re on a tight budget, it couldn’t be easier to make it yourself! For around four cups of milk, simply add one cup of hemp hearts and four cups of water to a blender – plus your preferred sweetener if that’s your taste – whizz and strain through a fine-mesh sieve or cheesecloth once well blended. Store in the fridge and consume within three days.

Hemp is the perfect food for anyone looking to boost the nutrition level of their meals. It has one of the lowest saturated fat contents of any plant oil and is brimming with omega-3 fatty acids, protein, fibre, and vitamins and minerals… This little seed definitely rises to the hype!