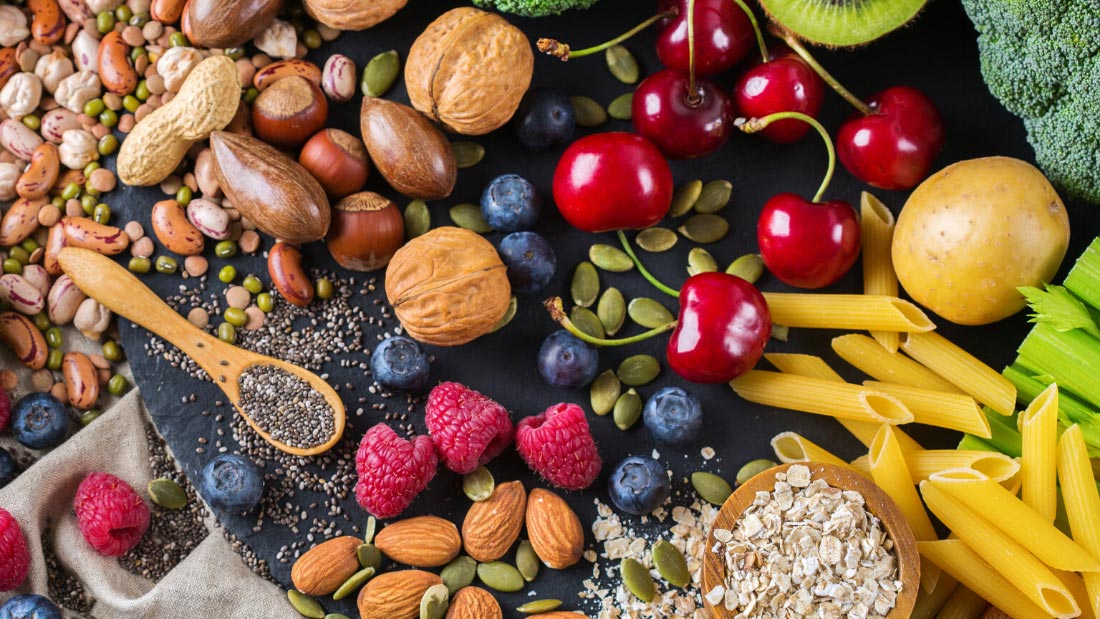 Insulin-like Growth Factor 1 (IGF-1) is a hormone with a similar molecular structure to insulin. It’s vital to childhood growth and encourages cell growth and proliferation in adults. It’s naturally produced by the liver and its production is stimulated by growth hormones. The levels of IGF-1 are highest in childhood and decline in adulthood. However, IGF-1 also promotes each of the key stages of cancer development: growth of the cancerous cells, vascularisation of cancerous tissue (blood vessel growth) and metastasis. In addition, it also prevents natural cell death (apoptosis) so the effect on cells with cancer potential can be dramatic.

This influence, when applied to a large number of ‘at risk’ cells over many years, could ensure survival of these cells and accelerate carcinogenesis (Jenkins et al., 2006).

Melnik et al. (2011) offers a valuable insight into this issue. As both insulin and IGF-1 are growth stimulators, any food or drink that stimulates the production of these two hormones is potentially health-detrimental. Milk and dairy products contain whey proteins which cause a rise in insulin, IGF-1 and growth hormone levels and as the authors explain, a typical Western diet rich in dairy and sugar (that also stimulates insulin production) shifts growth hormone and IGF-1 balance to abnormally high levels.

An analysis by Barnard (2004) is in agreement with the above and adds that the typical Western diet also contains a variety of mutagens and carcinogens that may increase the generation of oxygen radicals and lead to the initiation of cancer as well as other degenerative diseases. Barnard highlights the link between diet, lifestyle and increased levels of IGF-1, insulin and growth hormone. He suggests that a diet high in wholegrains, pulses, fruits and vegetables not only normalises the levels of these hormones but also contains large amounts of natural antioxidants that can prevent free radical formation and reduce oxidative stress in the body.

Vegan diets are associated with lower levels of IGF- 1 and higher levels of IGF-binding proteins 1 and 2 (these proteins limit the availability of IGF-1) compared with an omnivorous or even a vegetarian diet (Tantamango-Bartley et al., 2013). As a part of the EPIC (The European Prospective Investigation into Cancer and Nutrition) study, Allen et al. (2000 and 2002) measured circulating levels of IGF-1 of British meat-eaters, vegetarians and vegans. Compared with meat-eaters and vegetarians, vegan women had 13 per cent lower levels of IGF-1 and the concentrations of both IGF-binding proteins 1 and 2 were 20–40 per cent higher. Vegan men had IGF-1 levels nine per cent lower than others and this difference was considered enough to significantly lower the risk of prostate cancer. The intake of animal protein was linked with elevated IGF-1 levels and diet explained most of the differences in IGF-1 concentration between the groups.

As milk and dairy products consumption has been suggested to play a role in the development of some types of cancer, Swedish scientists decided to do a population study and investigate whether lactose intolerant people get less cancer (Ji et al., 2015). The cancer types in question were lung, breast and ovarian. The researchers identified nearly 23,000 lactose intolerant people through health registers and compared their lung, breast and ovarian cancer incidence with that of the general population. And the results showed their predictions were correct – the risk of lung cancer was 45 per cent lower, breast cancer 21 per cent lower and ovarian cancer 39 per cent lower in lactose-intolerant individuals. The study also looked at cancer incidence in close family members of the study participants but their cancer rates were the same as in the general population. The authors of the study suggested that dairy products might be increasing cancer risk due to the high amounts of fats, particularly saturated fat, and some growth hormones, such as IGF-1 (both of which have been linked to the development of cancer).

Almost all body cells respond to IGF-1 and diets increasing its levels are not only dangerous in terms of facilitating cancer growth but can have grave consequences in the case of hormone-sensitive cancers. Eliminating animal protein from the diet naturally decreases IGF-1 levels and therefore lowers the risk of cancer.