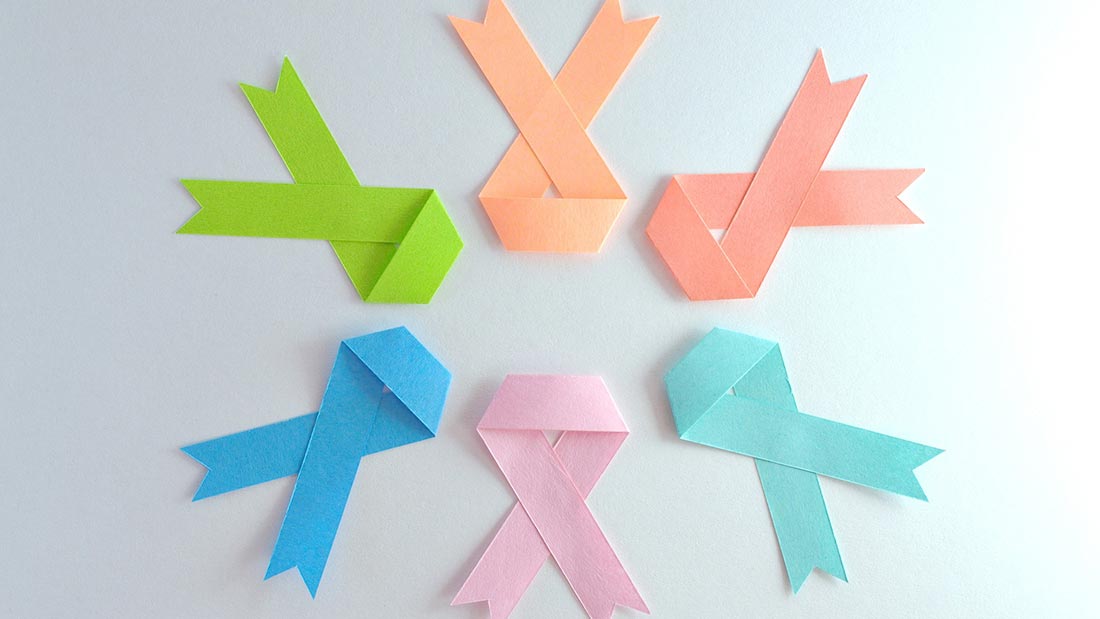 Oral and pharyngeal cancer is associated with lifestyle habits and apart from smoking and alcohol use, diet can play a considerable role in the prevention of this disease.

A large, long-term, multi-centre study of people from Italy and Switzerland investigated how the participants’ diet impacts on both oral and pharyngeal cancer risk (Bravi et al., 2013). The results showed that higher consumption of fruit and vegetables was linked to a decreased risk of these two types of cancer, while milk and dairy products, eggs, red meat, potatoes and desserts increased the risk. With regard to nutrients, lower risk of cancer was associated with higher intake of vegetable protein, vegetable fat, polyunsaturated fatty acids and several vitamins and phytochemicals found in plant-based foods. On the other hand, nutrients contributing to a higher risk of oral and pharyngeal cancer were animal protein, animal fat, saturated fatty acids, cholesterol and retinol (vitamin A from animal sources). Combinations of low consumption of fruits and vegetables and high consumption of meat together with tobacco and alcohol led to 10-20-fold increased risk of oral and pharyngeal cancer.

Lucenteforte et al. (2009) reviewed data from nearly 50 studies on the relation between diet and the risk of oral and pharyngeal cancer. Fruit and vegetables and wholegrains were linked to a significantly decreased risk, leading the authors to recommend a diet high in these for cancer prevention.

A later review of case-control studies by Bravi et al. (2012a) came to a similar conclusion. They pointed out the findings that diets rich in fruit and vegetables can prevent oral and pharyngeal cancer are consistent across studies and that consumption of animal foods and alcohol markedly increases the risk.

The same rules seem to apply to the prevention of esophageal cancer as to the above cancers. Li et al. (2013) analysed data from an enormous study of almost 500,000 people and reached the conclusion that the richer a diet is in fruit and vegetables, wholegrains and pulses, the lower the risk of esophageal cancer.

The latest exhaustive review on the subject agrees that a diet rich in fruits and vegetables and cessation of tobacco and alcohol use can significantly contribute to esophageal cancer prevention (Palladino-Davis et al., 2015).

In 2009 Bertuccio et al. performed a study of 230 gastric cancer patients and compared their dietary patterns with 547 healthy people. They discovered a diet based on animal products and processed foods significantly increases cancer risk, while a diet high in fruit, vegetables and fibre-rich foods decreases it.

A meta-analysis and review of other studies on the same subject later conducted by Bertuccio et al. (2013) arrived at the conclusion that a wholesome diet including high consumption of fruits and vegetables may decrease the risk of gastric cancer by 25 percent, whilst a diet high in meat, high-fat dairy products, starchy foods and sweets can increase the risk by 50 per cent. And another scientific team performing an analysis of 23 studies confirmed this association with almost the same numbers (Shu et al., 2013).

The preventative effect of a fibre-rich diet on colorectal cancer is now well-established. Dietary fibre increases stool bulk, promotes bowel movements, dilutes potential carcinogens in the gut and encourages health-beneficial bacteria. And because a vegan diet is naturally high in fibre and doesn’t contain any animal protein and fat that encourage bacteria that produce toxic by-products, it has the biggest potential to protect against colorectal cancer.

Recently, The International Agency for Research on Cancer (IARC) evaluated the evidence to decide whether red and processed meat causes cancer (Bouvard et al., 2015). The IARC’s Working Group assessed more than 800 studies that investigated the association and, based on their conclusions, the World Health Organisation (WHO) announced that processed meat causes and red meat probably causes colorectal cancer. On top of that, processed meat was also strongly linked to stomach cancer. In this groundbreaking move and contrary to the meat industry’s pressure, WHO classified processed meat as carcinogenic and red meat as probably carcinogenic.

O’Keefe et al. (2015) performed a very interesting experiment. Based on the fact that rates of colon cancer are much higher in African Americans than in rural South Africans, they decided to swap their diets for two weeks and observe the results. Higher colon cancer rates are associated with higher animal protein and fat intake and low fibre consumption, which is typical of American diet. Rural African diet, on the other hand, is high in fibre and carbohydrates and low in fat.

On initial examination, African Americans had more polyps and growths in the colon. These differences were associated with profound differences in the intestinal bacteria. Africans had a high proportion of fibre fermenting bacteria which produce substances like butyrate that are anti-inflammatory and anti-cancerous. Americans had more bacteria that thrive on fats and metabolise bile acids, the products of which are carcinogenic.

The results of the diet swap were remarkable – it decreased the colon lining growth rate (proliferative rate which increases cancer risk) of the Americans to levels even lower than those of Africans at baseline, meanwhile the Africans’ rate increased to levels greater than those of Americans at the start. At the same time, the markers of inflammation of Africans after two weeks of a high-fat, meat-based diet rose steeply and the inflammation markers of Americans on a low-fat, mostly plant-based diet decreased. Another significant result was that the gut bacteria of Americans on the high-fibre, low-fat diet diversified and the beneficial and protective species increased, whilst the American diet had the opposite effect on Africans, encouraging the growth of bacteria producing carcinogenic by-products.

Another arm of the comprehensive EPIC study focused on diet and colorectal cancer in a population of over 470,000 people from across Europe (Murphy et al., 2012). Higher intake of fibre was linked to a significantly lower risk of colorectal cancer, for each ten grams of fibre a day, the risk of cancer decreased by 13 per cent. The study also revealed that the association was strongest for fibre from fruit, vegetables and grains and that people with high fibre diets also ate less meat in general.

And a meta-analysis of studies on the same topic agrees (Aune at al., 2011). A diet high in fibre, essentially a plant-based diet rich in fruit and vegetables, wholegrains and pulses, significantly decreases the risk of colorectal cancer. For each ten grams of fibre a day, the risk decreased by ten per cent.

An extensive analysis of studies that looked at pulse consumption (beans, lentils, soya, chickpeas, peas) and the risk of colorectal cancer also showed encouraging results (Zhu et al., 2015). People who ate more pulses had a lower risk of this type of cancer. In particular, both the intake of fibre from pulses and the intake of soya were associated with a lower colorectal cancer risk. Pulses are extremely nutritious, providing protein, fibre, vitamin E, vitamin B, selenium and lignans (plant chemical compounds) that have potential cancer-preventative effects. In addition, their protective properties were also attributed to compounds called flavonoids (only found in plant foods), which can inhibit the growth of tumour cells.

According to a study published in PLoS Genetics, a common genetic variant carried by one in three people significantly increases the risk of colorectal cancer for meat-eaters (Figueiredo et al., 2014). The study investigated how diet influences our genetic predisposition for cancer. It involved over 18,000 people from the US, Canada, Australia and Europe. It’s generally agreed that meat consumption is associated with an increased risk of colorectal cancer but this study revealed that for about a third of the population who carry this specific genetic variant, the risk is even higher. On the other hand, the study also confirmed that vegetable, fruit and fibre intake lowers the risk.

Pancreatic cancer is also one of the cancers that have been directly linked to nutrition and dietary patterns. With traditional diets changing and being Westernised, some diseases are on the rise. The incidence of pancreatic cancer in China is increasing so Liu et al. (2014) conducted a study to investigate whether there is an association to dietary factors. They discovered that there was a strong link between meat consumption and pancreatic cancer and that fruit and vegetables and tea had protective effects.

A large study by Jansen et al. (2011) into the effects of diet on the risk of pancreatic cancer detected a significantly lower risk for people whose diets include citrus fruit, melons, berries, a variety of fruit in general, dark green vegetables, deep yellow vegetables, tomatoes, vegetables in general, beans and peas, wholegrains and other fibre-rich foods.

Bosetti et al. (2013) performed a very similar study in Italy and found very similar results as the studies above – a diet characterised by a high consumption of meat and other animal products, refined cereal products and sugars considerably increases the risk of pancreatic cancer risk, whereas a diet rich in fruit and vegetables is linked to a low risk.

And a Harvard study focused specifically on nut consumption in relation to pancreatic cancer revealed that people who eat a small portion of nuts at least two times a week have up to 35 per cent lower risk of this type of cancer (Bao et al., 2013). People eating nuts on a regular basis also happened to have higher intake of fruit and vegetables but the protective effect of nut intake remained even after the other dietary factors were accounted for.