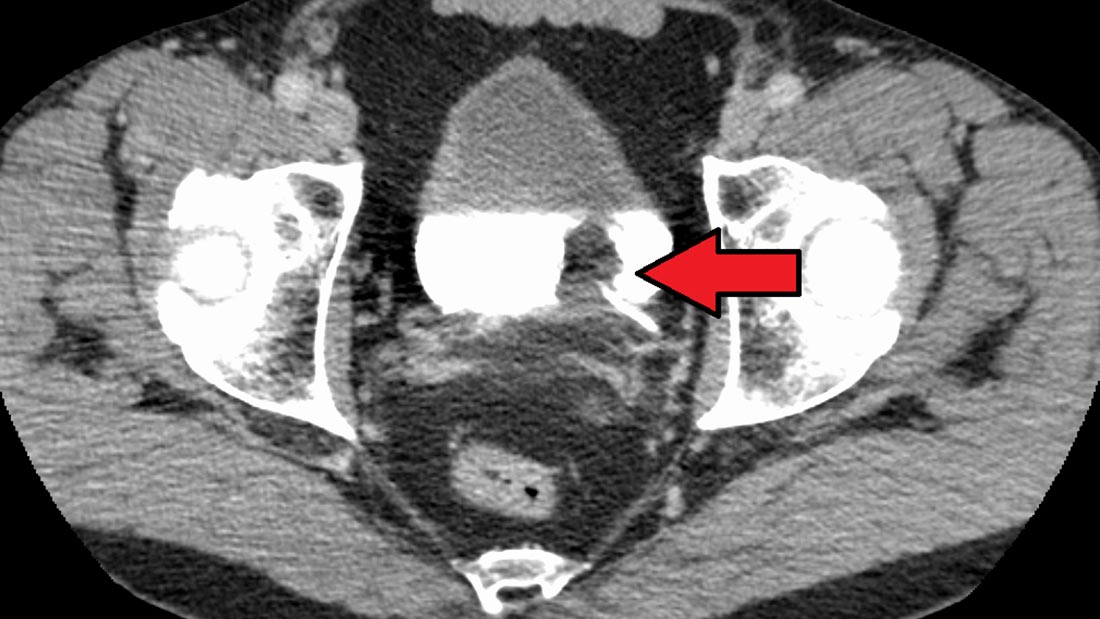 Transitional cell carcinoma of the bladder. The white in the bladder is contrast. Source: Wikipedia

Several studies have linked diet to bladder cancer. Since the metabolic products of nutrients are excreted through the urinary tract, diet can play an important role here.

It has been suggested that the high nitrosamine content of some processed meat products may increase the risk, that the difference in amino acid profiles of animal and plant protein plays a role too and last but not least, animal protein increases the levels of IGF-1 in the body – one of the main cancer promoters.

Ferrucci et al. (2010) investigated meat-related compounds including nitrate, nitrite, heterocyclic amines (HCAs) and polycyclic aromatic hydrocarbons (PAHs) and their links to bladder cancer. Nitrate and nitrite are compounds added to processed meat for preservation and enhance colour and flavour. Both nitrate and nitrite are metabolised into N-nitroso compounds (NOCs) which can cause cancer. The source of nitrate is crucial because nitrate from plants behaves differently and does not produce carcinogenic compounds. Other important risk factors are heterocyclic amines (HCAs) and polycyclic aromatic hydrocarbons (PAHs) formed in meats prepared by high temperature cooking methods. These compounds are known carcinogens. In Ferrucci et al. study, there was a link between high consumption of red meat, nitrite and the combination of nitrite and nitrate from processed meat and bladder cancer. The authors also observed an association between HCA intake and cancer risk.