New research suggests obesity in middle-age could lead to dementia. Obesity is epidemic in Western societies and constitutes a major public health concern. US scientists now report in the British Journal of Medicine that being obese during your forties can increase your risk of developing dementia. The research is based on data collected from detailed health checks made on 10,276 men and women between 1964 and 1973 (when they were aged 40 to 45). Dementia was diagnosed in seven per cent of participants between 1994 and 2003. Results showed that being obese increased the risk of dementia by 74 per cent while being overweight increased it by 35 per cent. The link between obesity and dementia in women was stronger than that in men. This is in agreement with a Swedish study which found that the higher a woman’s body mass index (BMI), the greater the risk of dementia. In this study the relationship between BMI and dementia risk was investigated in 392 Swedish adults who were assessed between the ages of 70 and 88. During the 18-year study, 93 participants were diagnosed as having dementia. Women who developed dementia had a higher average BMI compared to women without dementia. For every one unit increase in BMI at age 70 years, the risk of dementia increased by 36 per cent. This raises concerns that the current obesity epidemic could lead to a steep rise in the numbers of people suffering from dementia in the future. The evidence suggests that leading a healthy lifestyle could help to reduce the risk of dementia. See Veggies weigh less below! 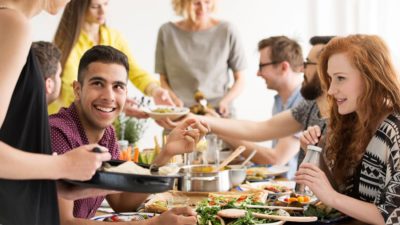