An extensive analysis of studies spanning 50 years and numerous countries was undertaken in order to assess the impact of diet on heart disease risk factors. The diets compared were vegan and omnivorous (meat-eaters). When the scientists looked at the average food intake of each, they discovered that vegans consumed slightly fewer calories but the main difference was in saturated fat – meat-eaters’ saturated fat intake was double that of vegans! In line with this contrast, the heart disease risk factors were much less or non-existent in vegans. The study found vegans were lighter and slimmer, had less cholesterol and fat in their blood, lower blood sugar levels and lower blood pressure. Even though vegans had lower total and saturated fat intake, they consumed more polyunsaturated fats, which are associated with beneficial heart effects.

The only set of studies included in the analysis that didn’t show favourable effects of vegan diets on heart health was from Taiwan. Upon closer inspection, it became obvious that this may be to do with saturated fat – its intake was very similar in Taiwanese vegans and meat-eaters which may explain the aberrant result. The authors also speculated that the difference between traditional and vegan diet is not as marked in Taiwan as is in other countries. 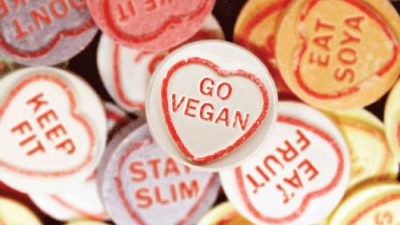