Dying for a nugget? 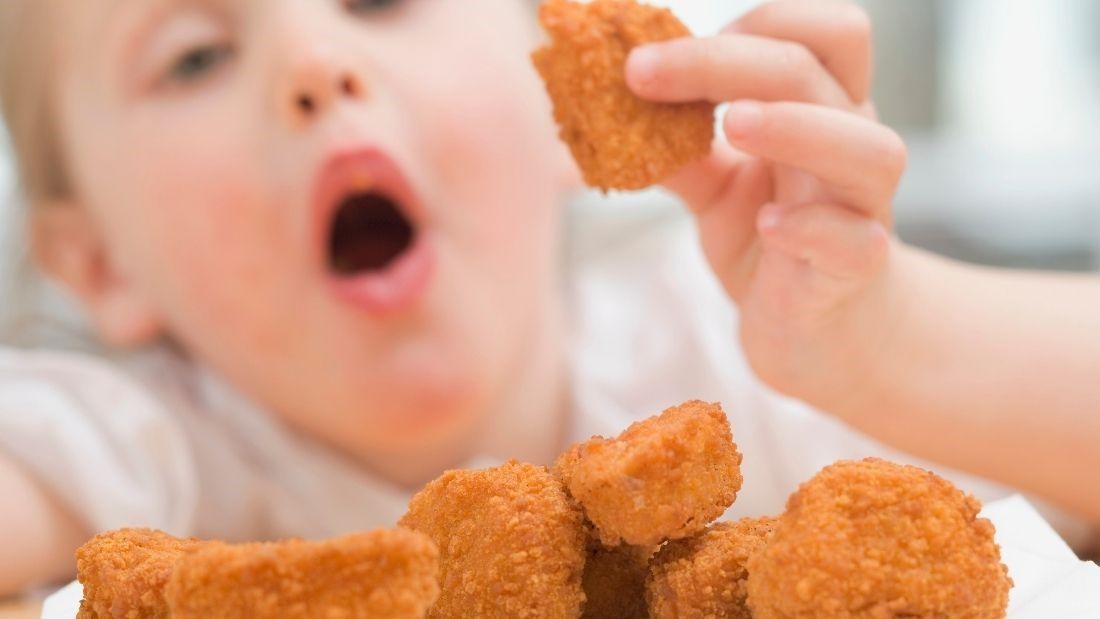 News reports this week say that at least one person has died, and more than 200 children have been poisoned in an ongoing salmonella outbreak in the UK, linked to cheap breaded chicken products.

The Food Standards Agency (FSA) and Public Health England (PHE) are reminding people once again how dangerous frozen raw breaded chicken products – such as nuggets, goujons, dippers, poppers and kievs – can be, following 480 overall cases and at least one death linked to two ongoing outbreaks of the food poisoning bug Salmonella Enteritidis.

The first cases date back to January 2020, but infections continue. The FSA have issued a number of product recalls to try and stop the spread. The latest recalls include a range of Southern-fried chicken products, nuggets, Chip-shop curry chicken breast toppers and a take-home boneless bucket! Read the full list here.

The FSA has launched an investigation into the two strains of salmonella found in the frozen raw breaded chicken products. It has confirmed that they originated in Poland, and they are trying to identify the farm or farms involved.

PHE say that more than a third of the cases required hospital treatment and that salmonella was recorded as a contributory cause of death in at least one case.

Professor Saheer Gharbia, head of the gastrointestinal pathogens unit of PHE’s National Infection Service, said: “Salmonella generally causes a mild illness, although vulnerable groups like children under five years, the elderly and those with weakened immune systems may experience more severe illness and may require hospitalisation”.

In the UK, campylobacter is the most common foodborne pathogen but salmonella is responsible for the most hospital admissions. Symptoms of infection include diarrhoea, stomach cramps and sometimes vomiting and fever.

Salmonella bugs are often found in raw or undercooked meat (especially poultry, pork and beef), as well as dairy products and eggs. If contaminated meat is minced, as is the case in some chicken products, the bacteria become incorporated throughout the meat, which, if inadequately cooked, can lead to food poisoning.

Going vegan is no guarantee that you will avoid food poisoning altogether, but it certainly lowers the risk substantially. So, swap chicken for chickpeas and slash your risk of food poisoning!