Vegan kids – getting the best start 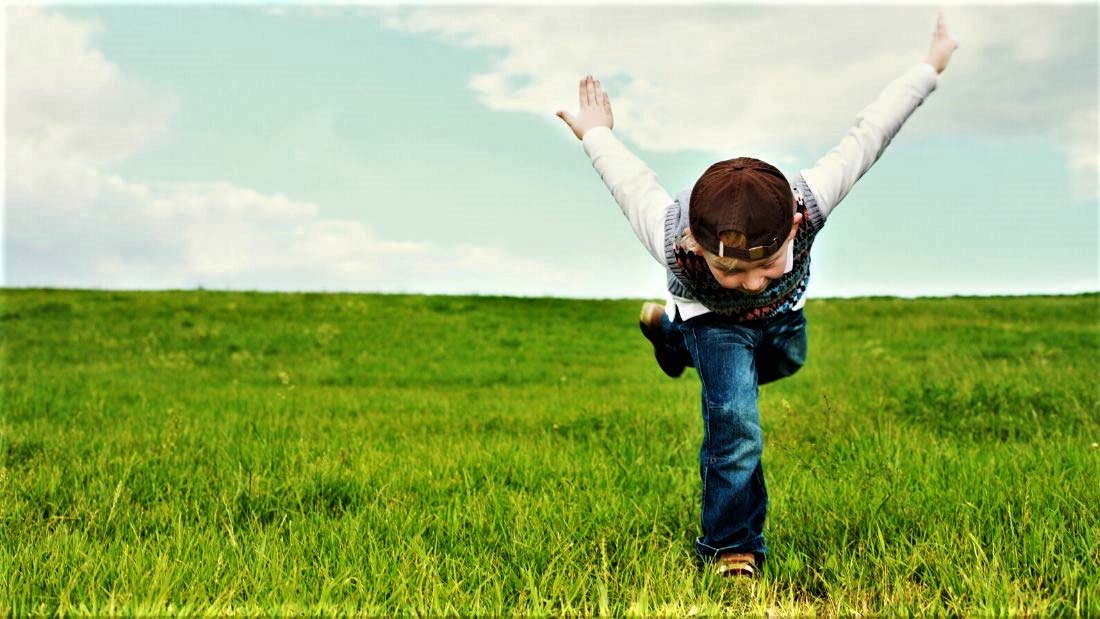 More and more parents are choosing to raise their children vegan but sensational headlines supposedly highlighting the plight of vegan infants can scare the life out of you. Be reassured, the vegan kids are alright!

Good nutrition is especially important during childhood as it’s a time of rapid growth and development. Experts agree that a well-planned, varied vegan diet is suitable for everyone, including children. It contains all the healthy fats, plant protein and carbohydrates, vitamins and minerals needed but none of the unhealthy saturated animal fat, animal protein, hormones and other undesirable substances linked to disease.

To make sure your vegan child is getting the best, you need to have some basic knowledge. Babies under six months only need breastmilk, for those who can’t breastfeed, soya-based infant formulas offer a safe alternative. In the US, millions of babies have been fed soya formula over the last 40 years with no adverse effects. However, official guidelines recommend you speak to your health visitor or GP before using it.

The government recommends daily vitamin D drops for breastfeeding babies. Vitamin D2 is suitable for vegans while D3 usually comes from sheep’s wool but you can get vegan D3 supplements made from lichen. Babies fed formula milk should not be given extra vitamin D if they’re having more than 500 millilitres (about a pint) a day because milk already contains it.

You can start your baby on solid foods at six months, but don’t expect them to eat much, it’s really about getting them used to different flavours and textures – they’ll be getting most of their energy and nutrients from milk. Good foods to start with include mashed avocado, sweet potato or banana and porridge with soya milk. Home-made fruit purées add vitamins and mashed lentils, chickpeas or tofu provide iron. When they start teething, introduce ‘finger foods’ such as soft-cooked vegetables, strips of bread, chunks of apple and pear. Avoid giving children under five whole nuts and make sure you always watch your baby eating as there’s a risk of choking whatever the diet.

Three little meals a day plus B12

From 12 months they may be eating three meals a day plus snacks to supply them with lots of energy, protein and iron. Include protein-rich beans, chickpeas, lentils, nut and seed butters, calcium-fortified yoghurt and drinks. Experiment with fruit and vegetables, aiming for at least five child-sized portions a day. Mix white and wholegrain pasta, couscous, bread and rice to avoid filling up their small stomachs with too much fibre. Increase the amount and variety of foods until they are eating the same as you, but in smaller portions. Vegans need a reliable source of vitamin B12, when they begin eating solid foods so make sure to include B12-fortified drinks, yoghurts and nutritional yeast or a children’s B12 supplement.

Avoid low-fat foods – children need lots of energy! Avoid foods with added sugar and salt, because sugar causes tooth decay and a taste for salty food can contribute to high blood pressure in later life. Avoid too many unhealthy junk foods and snacks, lead by example and eat the same foods as they do. For older children and teenagers, the main food groups remain the same – fruit and vegetables, wholegrains, pulses, nuts and seeds.

All plant foods contain protein and if they get enough calories in a varied vegan diet, they will be getting enough protein. Just make sure you include plenty of wholegrain foods (for older children), pulses and nut and seed butters.

Iron deficiency is common among small children so be sure to include plenty of beans, chickpeas, lentils, tofu, nut butters and dried figs in your child’s diet. Vitamin C helps iron absorption so combine these iron-rich foods with peppers, broccoli, mango, citrus fruit and strawberries. Baked beans on wholemeal toast with orange juice ticks the right boxes!

Almost one in five girls in the UK falls short on calcium, important for healthy teeth and bones. Good sources include calcium-set tofu, fortified vegan breakfast cereals and plant milks, figs, kale, sesame seeds and tahini (sesame seed paste), wholemeal bread, baked beans, butternut squash, almonds and Brazil nuts, spring greens and watercress. Tahini is a calcium powerhouse with one teaspoonful providing around a third of the daily calcium needs of one to five year-olds. Make hummus with tahini for your child to dip veggie sticks in.

We make vitamin D in our skin when it’s exposed to sunlight. It helps with calcium absorption. Your child could be getting all the calcium they need but without vitamin D, they may not absorb sufficient. From six months to five years, the government says that all children should be given a daily supplement containing vitamins A, C and D.

Seaweed is a great source of iodine and nori, used for sushi or sprinkled on meals a couple of times a week, is a good way to ensure a regular intake. Avoid giving your child kelp (kombu) as it contains excessively high amounts. Some plant milks also now contain iodine.

Children need essential omega-3 fats in their diet for healthy brain and eye development and function. The best sources are ground flaxseed and rapeseed and their oils, ground chia seeds, ground hemp seeds and walnuts (ground if under five), stir into smoothies and cereal. Ground seeds are better as whole seeds can just pass straight through you!

Concern about the adequacy of a vegan diet obscures the fact that UK children generally are not doing very well. Almost a third of those aged 2-15 are overweight or obese and this can have a significant impact on both physical and mental health. Overweight and obese children are likely to stay obese into adulthood and more likely to develop diseases such as diabetes and cardiovascular diseases at a younger age. A vegan diet lowers the risk of all these threats.

Following this guidance will help give your child the best start as healthy eating patterns are established early in life – so well done vegan mums and dads, we salute you!

For detailed information on nutrients, see Viva!Health’s A-Z of Nutrients and check out our Mother & Baby guide.