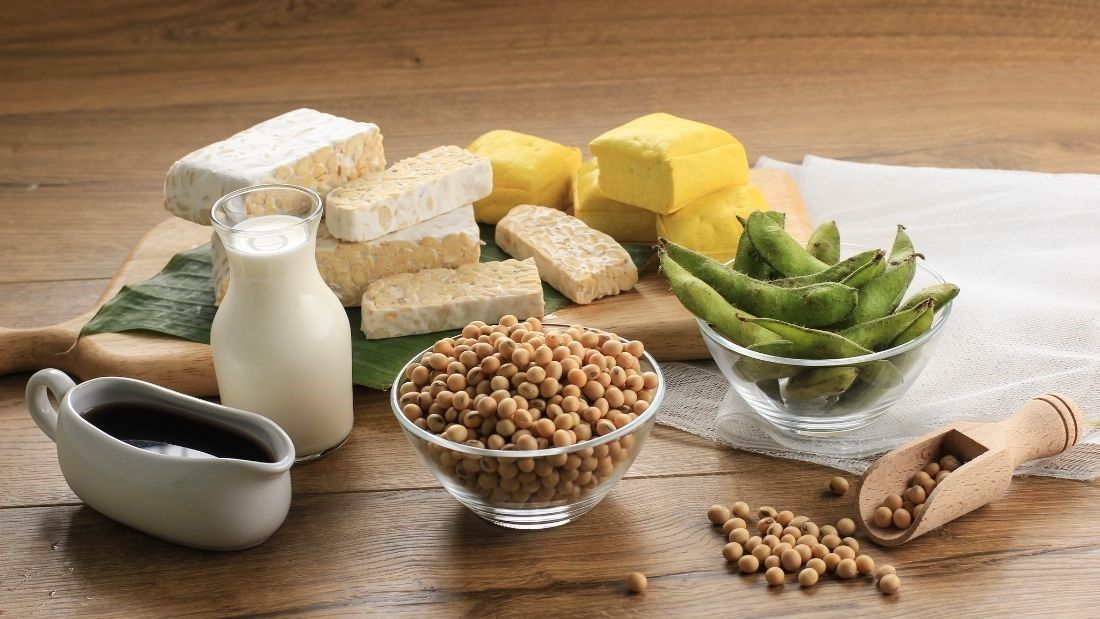 There are probably more myths, misinformation and downright lies about soya than any other food. The scare stories about the ‘dangers’ of this humble bean are not supported by any science but still, they persist.

Charred remains from ancient households suggest that soya was part of the diet in China, Korea and Japan as long as 5,500 years ago. Soya was introduced to the US in the 1700s but large-scale production didn’t begin until the 1900s. It’s now big business with 350 million tonnes produced globally every year, with around 80 per cent of it used as livestock feed.

More than two-thirds of global soya production comes from the US and Brazil while other major producers include Argentina, China and India. In fact, soya is grown all over the world, with Europe producing 12 million tonnes a year.

Compared to other pulses, soya beans have a much lower carbohydrate content and are higher in protein and polyunsaturated ‘healthy’ fats, including both omega-3 and omega-6 essential fatty acids. Soya contains all nine essential amino acids – the building blocks of protein – which we can’t make in our bodies and must obtain from food. Soya is also a good source of disease-busting antioxidants, B vitamins, potassium, magnesium and iron.

Calcium-fortified soya milk, yoghurt and calcium-set tofu provide significant amounts of this important mineral. Soya ‘edamame’ beans can usually be found in the freezer section of shops. These and other whole soya foods, such as tempeh, provide fibre which is important for bowel health and lowering cholesterol. Like all plant foods, soya contains no cholesterol.

Traditional soya foods, such as soya milk, tofu, tempeh, miso and soya sauce, are made using either precipitation or fermentation methods. Many use the whole bean so are healthier than products made from processed soya protein alone such as TVP and other meat substitutes, which still provide a good, low-fat source of protein but are not as healthy as the whole bean.

Perhaps the most common soya myth is that it disrupts our hormonal systems. A journalist once said to me: “it’ll make you grow man boobs!” There’s no evidence that soya disrupts sexual development or fertility in anyone but the scare stories have stuck, focusing largely on soya isoflavones – plant hormones or phytoestrogens. They can bind to oestrogen receptors in the body and cause either weak oestrogenic or anti-oestrogenic activity – slightly mimicking or inhibiting the effects of oestrogen. However, they are considerably weaker than the animal oestrogen found in human and cow’s milk, which never seems to attract the same scrutiny.

Concerns over isoflavones are largely based on small-scale animal experiments but isoflavones behave very differently in different species. Experiments in which animals are injected with high doses or force-fed excessive amounts, bear no relevance to humans. Human studies show that soya isoflavones are safe and even beneficial to health; they exhibit antioxidant, anticancer, antimicrobial and anti-inflammatory properties.

A 2021 review of over 400 studies, published in Critical Reviews in Food Science and Nutrition, addressed these misplaced concerns and provided overwhelming evidence that soya is not only safe but has the potential to improve health. Lead author, Dr Mark Messina, of Loma Linda University, said: “Soya provides high-quality protein and healthy fat… moderate amounts of soya may reduce risk of several chronic diseases, including coronary heart disease, osteoporosis and certain forms of cancer.”

Soya can help protect heart health as a 2019 review in the Journal of Nutrition discovered. It found that 25 grams of soya protein a day lowers LDL, ‘bad’ cholesterol, by a small but significant amount. You could get that 25 grams from a portion of tofu or tempeh, plus 200ml of soya milk or 80 grams of edamame. Heart UK, the cholesterol charity, says: “Soya beans and the foods that are made from them are perfect for a heart-healthy diet.” Soya foods may also benefit heart health in other ways with studies showing that people who regularly eat soya have lower rates of heart disease.

There’s no evidence that soya foods adversely affect thyroid function in people with a healthy thyroid and good iodine intake. However, for people taking thyroid medication, soya, some other foods, certain drugs, herbs and supplements can inhibit absorption. If you take thyroid medication, you can still consume soya, just leave 30 to 60 minutes before or after taking your medication.

In the past, there were concerns that soya may increase the risk of breast cancer or make it worse in some cases. Extensive research over the last 30 years has found no such negative effects exist. In fact, eating soya during childhood and adolescence lowers the risk later in life and eating it after being diagnosed with breast cancer lowers the risk of recurrence and may improve treatment outcomes. This may be due to isoflavones blocking the more potent oestrogens in the blood.

The Shanghai Women’s Health Study, the largest-ever study of soya and breast cancer, found that women who ate the most soya had a 59 per cent lower risk of premenopausal breast cancer compared with those who ate the least. Soya foods can also help combat menopausal symptoms and may halve the number of hot flushes in women who eat soya compared to those who eat little or none.

Exclusive breastfeeding is recommended for all infants but for those who can’t breastfeed, experts agree that soya-based infant formula is a safe and affordable option. A 2013 UK Government review on phytoestrogens and health found no evidence of harm in infants fed soya formulas but still maintain they should only be used when recommended by a health professional. They are currently preparing to update this report. Millions of people have been raised on soya formula over the last 60 years with no reported adverse effects. In the US, around a quarter of formula-fed infants are given soya formula.

The myth the meat industry loves to push is that soya-eating vegans are driving deforestation in the Amazon. In fact, most deforestation is driven by expanding pastures for beef or soya to feed poultry and pigs. Far from being damaging, going vegan is the most effective way to make a difference. Our World in Data, a leading research organisation from the University of Oxford, says: “The idea that foods often promoted as substitutes for meat and dairy – such as tofu and soy milk – are driving deforestation is a common misconception.”

Just seven per cent of global soya is used for foods such as tofu and soya milk and most soya food producers in the UK use beans grown in Europe. If you want to stop deforestation and protect your health – go vegan! 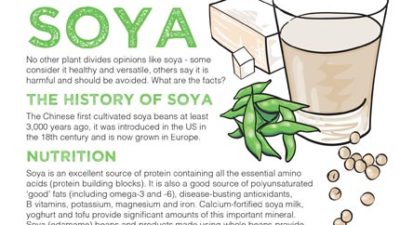 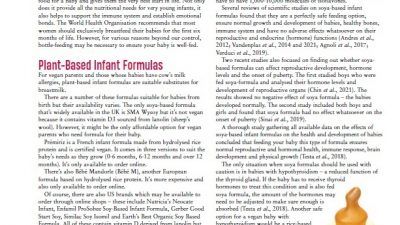 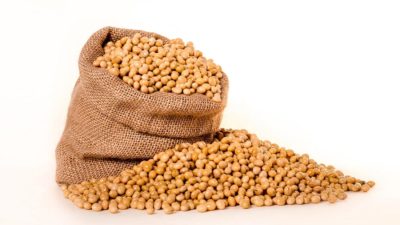