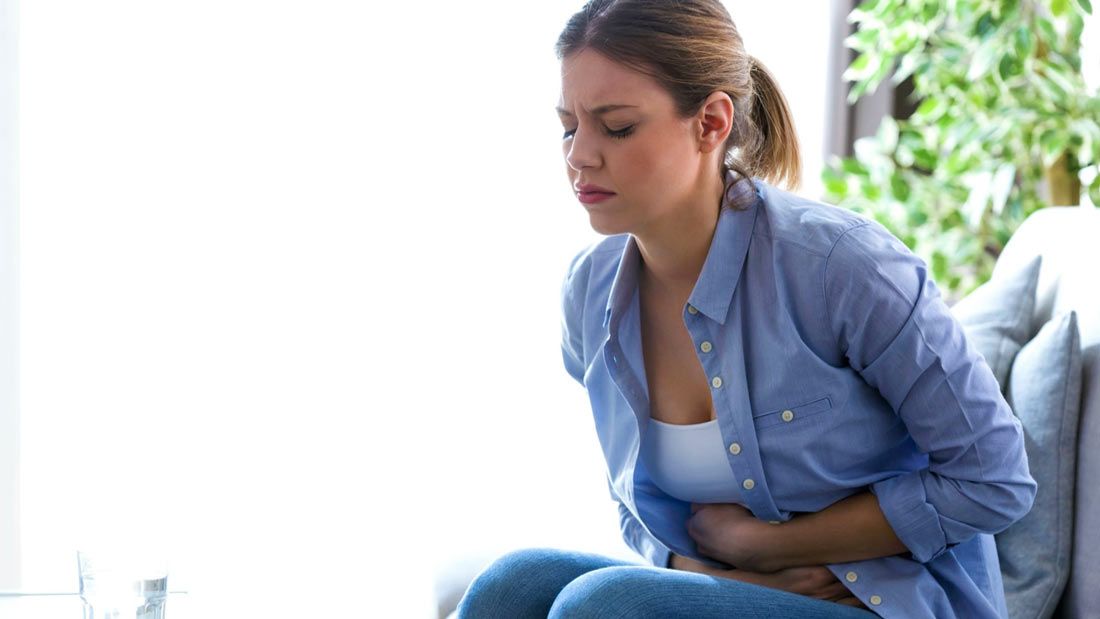 “I can’t go vegan, I’ve got digestive issues.” If you have irritable bowel syndrome (IBS) don’t fall into the trap of thinking you can’t eat many plant foods – you can and eating the right ones can help.

IBS is a functional disorder, which means it causes a disturbance in bowel function. It differs from other inflammatory bowel diseases, such as ulcerative colitis and Crohn’s disease, which involve damage to the gut.

IBS is thought to affect about one in five people in the UK at some point in their lives and women are affected more often than men. Symptoms include stomach cramps, bloating, diarrhoea and constipation. These may come and go, lasting for days, weeks or months at a time. It can be challenging to live with and can have a substantial impact on daily life. There’s no cure, but dietary and lifestyle changes may help control the symptoms.

The exact cause is unknown, in fact it’s a bit of a mystery, but IBS has been linked to food passing through the gut too quickly or too slowly, oversensitive nerves in the gut, stress and a family history of IBS.

Some foods and drinks have been identified as common triggers. For example, cow’s milk and cheese, wheat products, certain fruit and vegetables, sweets, fried foods, coffee and alcohol can trigger IBS symptoms. People with irregular eating habits are more likely to experience symptoms than those with regular eating habits.

A low-FODMAP diet can offer effective treatment. ‘FODMAP’ stands for: fermentable, oligosaccharides, disaccharides, monosaccharides and polyols. It’s an umbrella term for a group of carbohydrates that are poorly absorbed and rapidly fermented in the guts of some people.

In people with IBS, instead of being absorbed into the bloodstream, FODMAPs draw water towards them in the small intestine, which can have a laxative effect, or continue on to the large intestine where gut bacteria ferment them, giving rise to excessive gas. Because people with IBS have a highly sensitive gut, the extra water and gas cause bloating and discomfort.

The diet was developed at Monash University in Australia, but has been successfully adapted to the UK by researchers at King’s College, London. It begins with a highly restricted diet for two to six-weeks, then other foods are gradually re-introduced. The aim is not to eliminate all FODMAPs from the diet forever, but to assess the impact of each one and find a comfortable intake as part of a balanced diet. They say that it’s effective for about 70 per cent of people with IBS who try it. However, they stress that it should be done under the guidance of a registered dietician (your GP can refer you).

Is a low-FODMAP diet possible if you are vegan? Yes it is! Although many pulses, cereals, fruit and veg contain FODMAP carbohydrates and so are on the restricted list, many aren’t. You can find lists of low- and high-FODMAP foods online.

You absolutely don’t have to avoid all carbs – you can eat rice, corn pasta, quinoa, polenta and potatoes. There are lots of acceptable vegetables; broccoli, carrots, courgette, butternut squash, cucumber, aubergine, lettuce and red peppers. Onions and garlic are a trigger for many people but can be replaced with garlic infused olive oil, chives or the green part of spring onions.

Pulses (peas, beans and lentils) can be a problem for some, but tofu and tempeh (both nutrient-dense and packed with protein) are acceptable. A small serving of canned brown lentils, rinsed and drained, may be OK. If eating nuts doesn’t agree with you, there may be lots of seeds you can eat instead – including up to one tablespoon of ground flaxseeds daily which may also help to reduce symptoms.

Maple syrup is a good low-FODMAP sweetener. Bananas, blueberries, grapes, kiwis, oranges, pineapples, raspberries, strawberries and coconut are all OK too – there is plenty of choice. Almond and hemp milks are low-FODMAP but oat milk varies by country – in the UK, oat milk counts as low-FODMAP in small (125ml) servings.

Some people’s symptoms worsen when they eat gluten – a protein found in wheat – despite not having coeliac disease or a wheat allergy. The main carbohydrates in wheat are fructans (part of the FODMAP family), they can be difficult to digest. Research shows it could be fructans inducing IBS symptoms rather than gluten. Spelt sourdough bread contains lower levels than bread made with wheat, so while it is not safe for people with coeliac disease (because of the gluten) it may be acceptable for some people with IBS.

Some studies have found higher levels of anxiety and depression in people with IBS. One suggested people with IBS may be three times more likely to suffer with depression than those without it but it’s unclear which condition came first as IBS can cause emotional distress and mental health decline – in turn, these can make bowel problems worse. Nevertheless, meditation, yoga, better sleep patterns and regular exercise may help manage anxiety and alleviate IBS symptoms.

In summary, don’t skip meals or eat too quickly, avoid alcohol and fizzy drinks and limit tea and coffee or try to go without completely. Cook homemade meals with fresh ingredients avoiding fatty and processed foods as much as possible. Find ways to relax but also include some exercise in your routine. There’s no single solution that works for everyone with IBS, but there are lots of things that you can do to help. It may be a case of ‘suck it and see’ to find out what works for you.