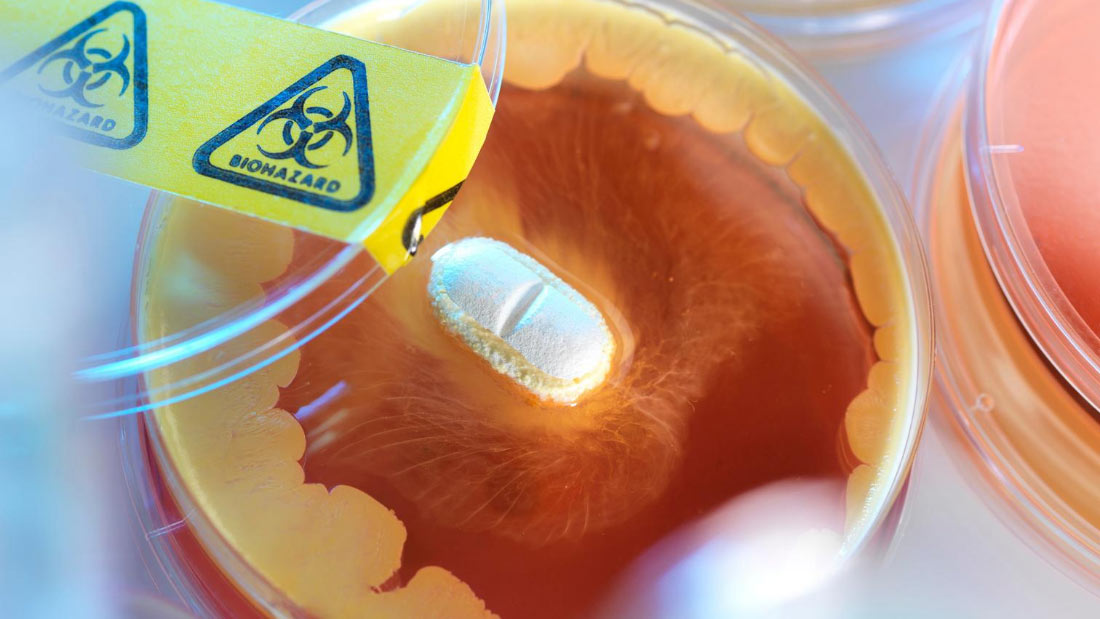 The links between the two are clearly spelt out by Emanuel Goldman, Professor of Microbiology, Rutgers-New Jersey Medical School, Newark, USA – and his conclusions are stark

One of the great miracles of modern life is our ability to cure diseases that ravaged generations before us. The Black Death plague that killed half the population of Europe in the middle ages would have been cured in a day with antibiotics. But we are on the brink of losing that incredible protection because of the desire of so many humans to eat animal flesh.

The reason is, that to produce this animal flesh, massive amounts of antibiotics are used. These antibiotics kill some of the target bacteria that cause illness to the animals but some are naturally resistant to being killed, including bacteria that may cause serious, even fatal, diseases in humans. When we, in turn, are infected by those same bacteria, the pathogen’s resistance to our antibiotics means our doctors have nothing left to fight them with.

In order to have sufficient animal flesh available for those who want it, farms have to become ‘factories’, with animals crowded into confined areas to maximize the amount of meat per unit of space. In this crowded environment, disease can spread like wildfire. But if the animals are routinely fed antibiotics, bacterial diseases that could decimate them are prevented. Thus, antibiotic use makes possible the existence of factory farms.

Animals on these farms need to have plenty of flesh to harvest – no one queues up to eat meat from a skin and bones creature – and again, antibiotics are the key. In the early days of animal agriculture, it was noticed that continuous low doses of antibiotics promoted the animals’ growth by 10-20 per cent. Thus, antibiotic use makes higher yields possible.

While this makes the cost of flesh affordable, society’s true bill for this type of production has yet to be reckoned. Medical costs of trying to treat diseases made untreatable by antibiotics have to be factored into the calculus. The human costs of disability and deaths from untreatable diseases must also be included. And if you or a loved one falls victim to an antibiotic-resistant pathogen, you wouldn’t even think of putting a monetary value on it. 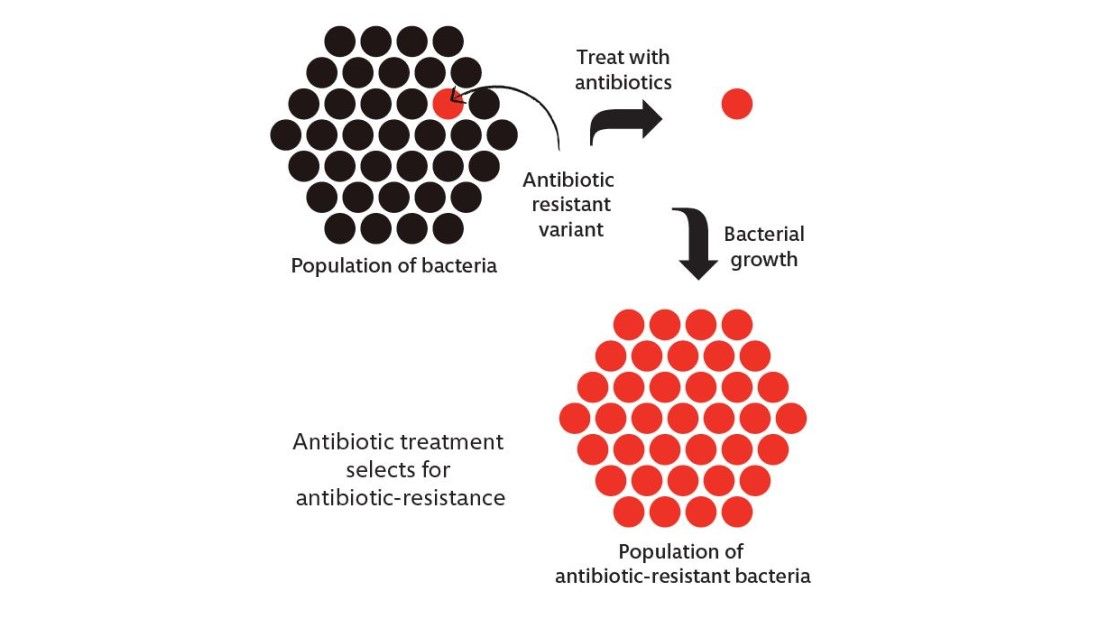 In the wild, bacteria are normally sensitive to antibiotics because there is a cost of energy and materials to the bacteria in maintaining its antibiotic resistance. If there are no antibiotics to resist, the bacteria prefer to not pay that cost. However, when a bacterial population is exposed to an antibiotic, most of that population is killed. A few that have managed to develop, or acquire, resistance survive and repopulate (see figure). This is Darwin’s theory of evolution in practice – survival of the fittest.

The most obvious problem arises with those antibiotic-resistant bacteria that cause food-borne diseases, including Salmonella, Campylobacter, Listeria, E.coli O157:H7, and Vibrio cholerae, among others. They are all contracted from animal food sources and all can be fatal to varying extents. Sometimes even vegetables and fruits become contaminated by these bacteria but in every case examined, the origin of the contamination has been traced to animal agriculture, namely manure runoff into the water that irrigates the vegetables and fruits.

There are numerous mechanisms by which bacteria can become resistant to antibiotics. The most alarming danger for humans is when genes for resistance to one or more antibiotics are deployed on genetic elements called ‘plasmids’ – they are small, mobile and can relocate from one bacteria to another, sometimes across different species (see figure). 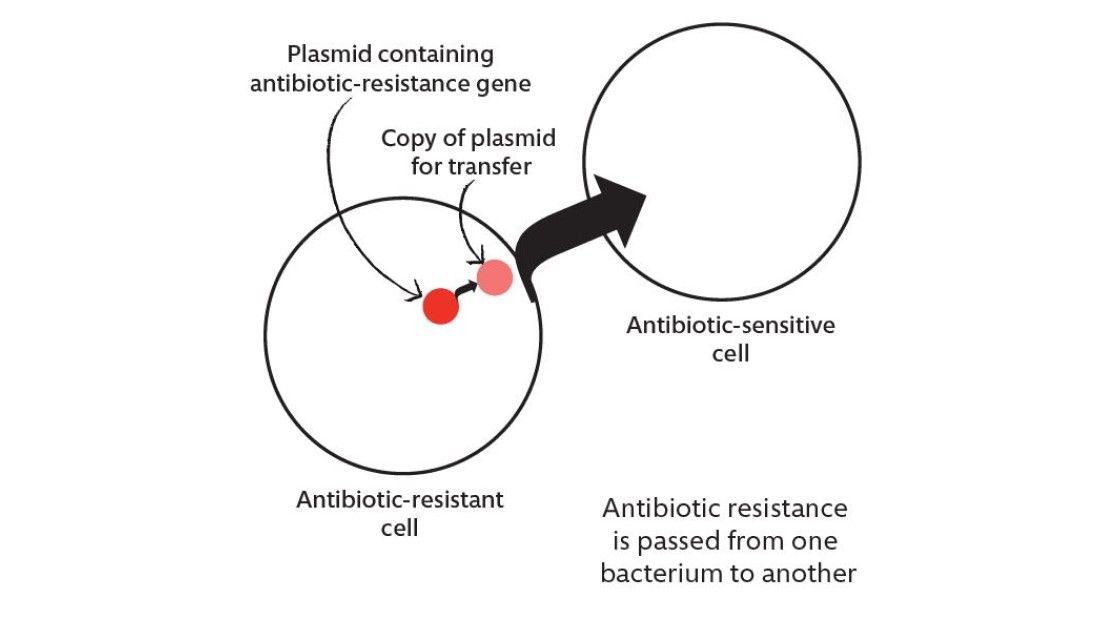 What this means in the context of factory farming is that antibiotic resistance generated on the farm can be transferred to bacteria unrelated to food sources, into organisms that normally inhabit particular parts of your body but cause serious disease when they are in the wrong parts of your body, such as Staphylococcus aureus, Streptococcus pneumoniae, Klebsiella pneumoniae, and Enterococcus faecalis. They can also pass into pathogens that cause diseases such as tuberculosis, plague, gonorrhoea and anthrax, among others.

If someone becomes ill because of one of these organisms, antibiotics may no longer be able to treat them. Indeed, recent years have seen the advent of so-called ‘superbugs’ that are resistant to all antibiotics in clinical use. While we don’t have the smoking gun to blame animal agriculture for the appearance of these superbugs, we do know that there is a connection between the antibiotics used on the farm and the antibiotic-resistance found in infected people. For example, in Denmark a sharp decline in antibiotic-resistant Enterococcus species followed the ban on using the corresponding antibiotic in food animals.

Numerous scientific and medical journals and organisations have called for the end of antibiotic use in animal agriculture but the practice remains widespread regardless. In Western countries, people need a prescription for antibiotics but the factory farms are usually allowed to use them as they wish. This irresponsible abuse of antibiotics is endangering humans from our precious last line of defense and devastating pandemics may be the consequence of the hunger for inexpensive meat.

The future for us and the next generation is at stake. Will those antibiotics remain effective to protect us – or not? Is it really worth losing the protection of antibiotics just so meat is made affordable?

It would be nice if there was a political will to put the public interest ahead of short-term economic concerns but it’s really up to us – public and consumers – to adjust our behavior and vote with our feet by giving up eating animal products. We are not far removed from a shortened life expectancy and susceptibility to all sorts of diseases. If we fail to tackle this now, by the time we are plagued again it may be too late. 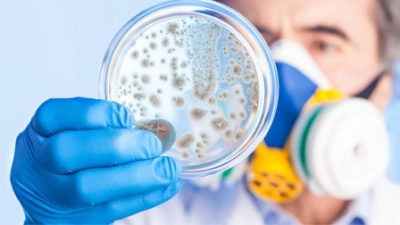 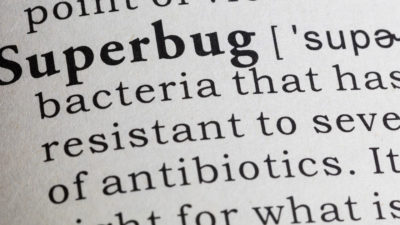