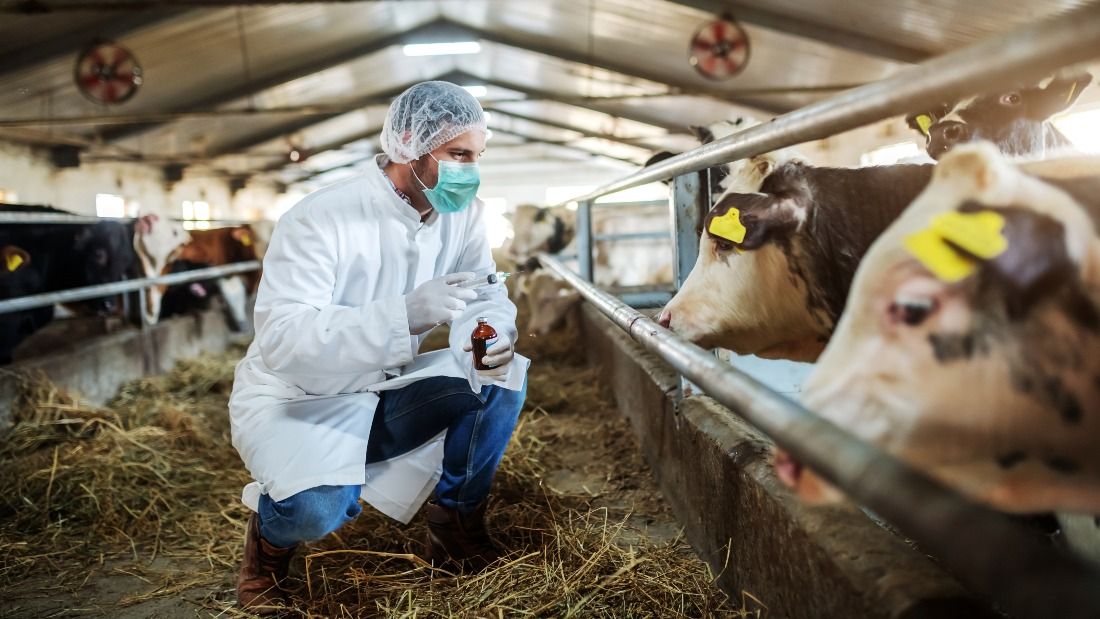 Creutzfeldt-Jakob disease (CJD) is a rare and fatal condition that affects the brain. It causes brain damage that worsens rapidly over time. Sporadic CJD is the most common type and the cause is unclear, but it is thought to happen when a normal brain protein changes abnormally by misfolding and turning into a prion. Prions are misfolded proteins with the ability to transmit their misfolded shape onto normal versions of the same protein. Prions undergo a structural change as part of the disease process, which, as well as making them infectious, also makes them very difficult to destroy.1HSE. 2005. BSE – occupational guidance. Available: https://www.hse.gov.uk/pubns/web22.pdf [Accessed 31 May 2022].

Most cases of sporadic CJD occur in adults aged between 45 and 75. Sporadic CJD is very rare, affecting only one or two people in every million each year in the UK. In 2014, there were 90 recorded deaths from sporadic CJD in the UK.2NHS. 2018. Creutzfeldt-Jakob disease. Available: https://www.nhs.uk/conditions/creutzfeldt-jakob-disease-cjd/ [Accessed 31 May 2022].

In 1996, a new variant (vCJD) emerged in the UK in people, that was strongly linked to bovine spongiform encephalopathy (BSE), which had been first recognised in cattle a decade earlier. Many people remember in 1990, then agricultural minister John Gummer, cheerfully trying to feed his four-year-old daughter a beef burger (though she refused to eat it) in front of the world’s press. It was at the height of the BSE outbreak that became known as mad cow disease.

The fatal neurodegenerative disease causes a spongy degeneration of the brain and spinal cord. During the 1986-1998 outbreak in the UK, more than 180,000 cattle were infected and 4.4 million were slaughtered. In 1990, fears were growing that BSE could infect humans, but Gummer hoped to convince the nation that British beef was perfectly safe. The only scientist to stand up to the Government and predict that BSE was likely to infect people was clinical microbiologist at the University of Leeds, Professor Richard Lacey, who worked with Viva! helping us to launch a BSE helpline.

In 1996, the worst fears were realised when the first case of the human form of the disease, vCJD, was confirmed in the UK. It led to a storm of news reports, changes in government policies regarding the beef industry, a ban on exports of meat, restrictions on blood donations and a widespread fear that anyone could be infected.3Diack AB, Head MW, McCutcheon S et al. 2014. Variant CJD. 18 years of research and surveillance. Prion. 8 (4) 286-295.

BSE was caused by cattle being fed the remains of other cattle and sheep in a dietary supplement called meat and bone meal (MBM), which contained the infective agent. Animal by-products (from cattle and sheep) were rendered to produce MBM. Amplification of the disease in UK cattle occurred then as a consequence of the recycling of cattle by-products from infected cattle back to cattle through MBM.1HSE. 2005. BSE – occupational guidance. Available: https://www.hse.gov.uk/pubns/web22.pdf [Accessed 31 May 2022].

Remember, cows are natural herbivores so it is very unnatural for them to eat the remains of other cows and sheep. The meat and bone meal had been produced by the rendering (industrial cooking) of carcasses of cattle infected with BSE and sheep infected with a similar disease, scrapie. The feeding of MBM to all farmed animals was banned in 1996 and an EU-wide ban has been in place since 2001.

A team of researchers at University College London studied Papua New Guineans with a related disease called kuru (a prion disease caused by cannibalism) in order to work out how long BSE may lurk in the body before it develops into CJD. All the kuru patients were born before the cessation of cannibalism in the late 1950s and it had been the practice in these communities to engage in the consumption of dead relatives as a mark of respect and mourning. They found that those, who had consumed the flesh of their relatives, succumbed to prion disease as much as half a century later.5Collinge J, Whitfield J, McKintosh E et al. 2006. Kuru in the 21st century—an acquired human prion disease with very long incubation periods. The Lancet. 367, 2068-2074.

This discovery raised concerns that vCJD, could also be incubating silently and could rear its head decades after infection. It was suggested that vCJD patients identified so far may have had particular genes which made them easy targets for the rogue protein. Professor John Collinge, who led the study, said: “Recent estimates of the size of the CJD epidemic based on uniform genetic susceptibility could be substantial underestimations.” An editorial in The Lancet accompanying this study stated: “Any belief that CJD incidence has peaked and that we are now through the worst of this sinister disease must now be treated with extreme scepticism.” 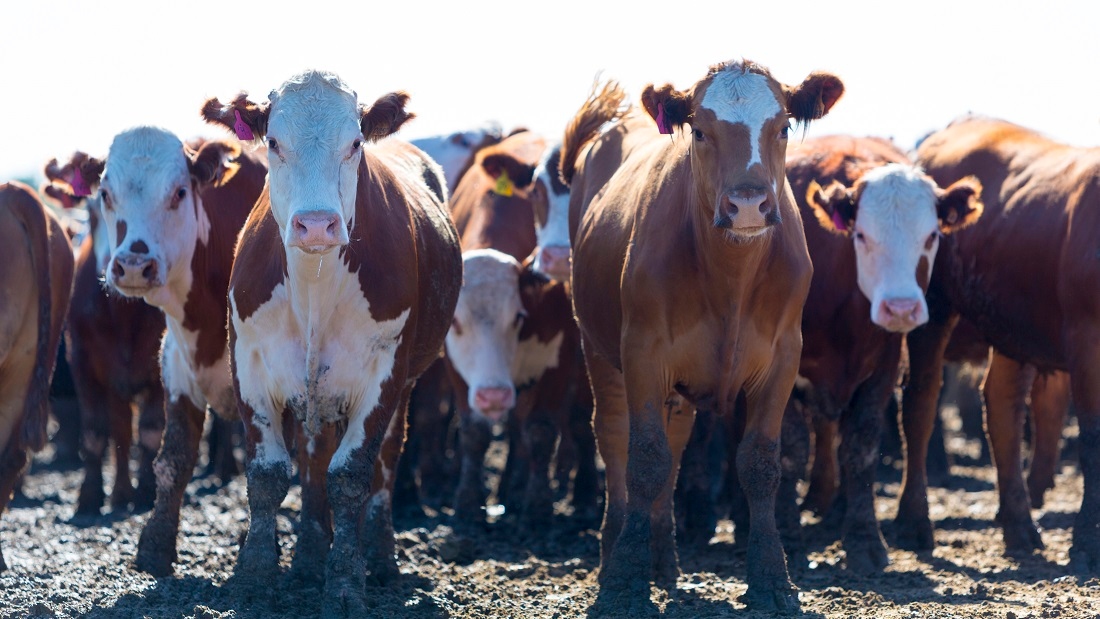 Other scientists share these concerns. The rate of cases diagnosed as sporadic CJD has doubled since the mid-1990s.6National CJD research & surveillance unit (NCJDRSU). 2021. Available: https://www.cjd.ed.ac.uk/surveillance [Accessed 31 May 2022]. Part of this is due to better diagnosis, but that should have peaked by now and cases are still climbing. Until recently, vCJD had struck only people with a certain genetic makeup. However, in 2016, researchers confirmed a case in someone with different genes.7Mok T, Jaunmuktane Z, Joiner S et al. 2017. Variant Creutzfeldt-Jakob Disease in a Patient with Heterozygosity at PRNP Codon 129. New England Journal of Medicine. 376 (3) 292-294. This could mean we have been misdiagnosing a new wave of cases that is already underway.

It wasn’t until humans began dying from vCJD in the UK in 1996 that the unhealthy practice of feeding cows the remains of other dead cows and sheep was acknowledged as the probable cause of this fatal neurodegenerative disease. Animal feeding practices have now been changed but vCJD has a long incubation period and cases may still emerge. Yet another example of how the barbaric practices associated with factory farming are linked to disease.

In animals, the occasional case of BSE still crops up. There have been five confirmed cases in the UK since 2014, the most recent in September 2021 when a cow tested positive, as part of surveillance screening, on a farm in Somerset. In response China and the Philippines have banned British beef imports and other countries may follow. It is unclear why cows are still getting BSE and the UK Animal and Plant Health Agency (APHA) has begun an investigation into this latest case and the World Organisation for Animal Health (OIE) has also been informed.

References:
NEXT: Bovine TB – Badgers are not the Problem
READ
Share it
Scroll up
We use cookies on our website to give you the most relevant experience by remembering your preferences and repeat visits. By clicking “Accept All”, you consent to the use of ALL the cookies. However, you may visit "Cookie Settings" to provide a controlled consent. More info at https://viva.org.uk/terms/
Cookie SettingsAccept All
Manage consent