Bovine TB – Badgers are not the Problem 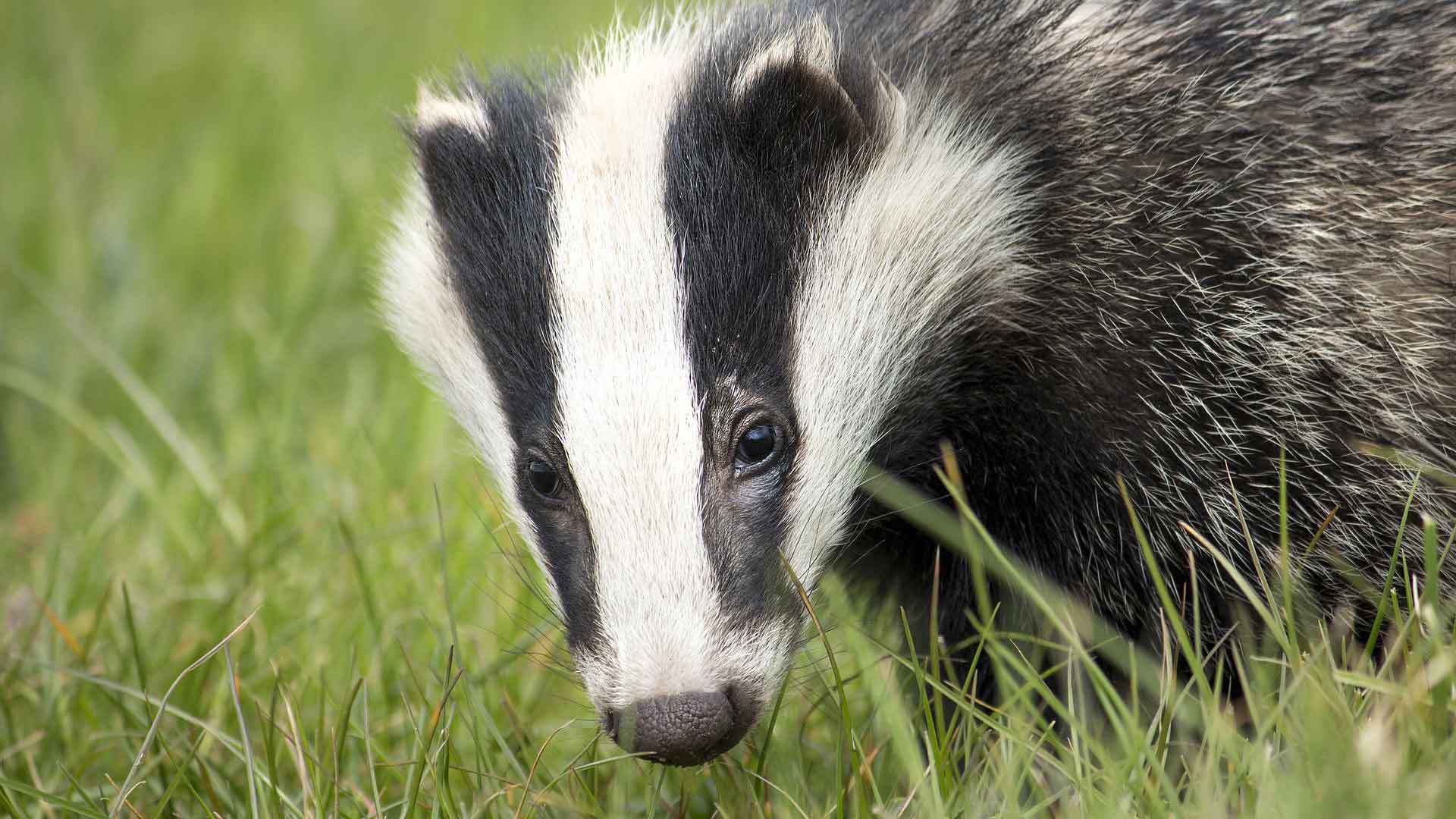 Bovine tuberculosis (bovine TB or bTB) is an infectious zoonotic disease caused by the bacterium Mycobacterium bovis. Unlike Mycobacterium tuberculosis, which is the main cause of TB in humans, M. bovis has a broad host range. It is most commonly found in cattle but can be carried by a variety of animals including badgers, foxes, rabbits, moles, deer, alpacas, llamas, goats, cats and dogs. It is a zoonotic disease – so humans can be infected too.

M. bovis can cause zoonotic TB in humans through ingestion, inhalation and, less frequently, by contact with mucous membranes and broken skin. Zoonotic TB is indistinguishable from TB caused by M. tuberculosis, which makes it difficult to accurately estimate the number of human TB cases caused by M. bovis infection caught from animals.1de la Rua-Domenech R. 2006. Human Mycobacterium bovis infection in the United Kingdom: Incidence, risks, control measures and review of the zoonotic aspects of bovine tuberculosis. Tuberculosis (Edinb). 86 (2) 77-109.

Zoonotic TB used to be quite common, usually transmitted via the consumption of raw cow’s milk but also – less commonly – through the consumption of raw or uncooked meat or direct physical contact with infected animals.2WHO. 2018. The challenges of preventing bovine tuberculosis. https://www.who.int/bulletin/volumes/96/2/18-020218/en/

The Government’s bTB Strategy, published in 2014, aims to achieve officially bovine tuberculosis free (OTF) status for England by 2038, whilst maintaining an economically sustainable livestock industry. However, this presents a challenge as they acknowledge that: “Bovine TB has the potential to spread to new herds and new areas via movement of cattle with undetected
infection between OTF herds.”3Defra. 2021a. Bovine tuberculosis: call for views on possible future measures to accelerate disease eradication in England. Available: https://consult.defra.gov.uk/bovine-tb-2020/bovinetuberculosis-call-for-views-on-possiblefut/supporting_documents/2021%20Bovine%20TB%20 Call%20for%20views.pdf [Accessed 31 May 2022].

Between March 2020 and March 2021, 38,841 cattle were compulsorily slaughtered in Britain to try and control the disease.4Defra. 2021b. Great Britain bovine tuberculosis (TB) quarterly overview. Available: https://assets.publishing.service.gov.uk/government/uploads/system/uploads/attachment_data/file/1059361/bovinetb-gb-quarterlyoverview-9mar22.odt#:~:text=The%20headline%20incidence%20rate%20in,risk%2C%20and%20Scotland%20was%200.7. Accessed 31 May 2022]. In previous years, similar numbers (ranging from 36,000 to 45,000) were killed. Farmers are compensated for each cow testing positive and slaughtered and “dealing with the disease is costing the taxpayer over £100 million each year.”3Defra. 2021a. Bovine tuberculosis: call for views on possible future measures to accelerate disease eradication in England. Available: https://consult.defra.gov.uk/bovine-tb-2020/bovinetuberculosis-call-for-views-on-possiblefut/supporting_documents/2021%20Bovine%20TB%20 Call%20for%20views.pdf [Accessed 31 May 2022]. 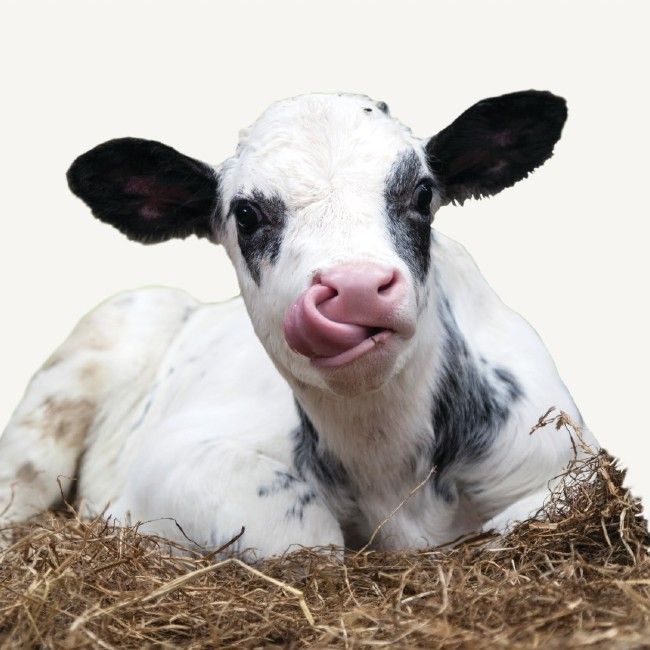 Badgers have been blamed as the primary reason for bTB spreading, the idea being that infected badgers spread the disease into dairy herds. Under pressure, because of hardship to farmers and the growing cost of the disease to the UK economy, the Government introduced badger culling in 2013. Since then, up to January 2021, 140,830 badgers have been killed.5Badger Action Network. 2021. 140,830 Badgers killed by culling since 2013. Available: https://badgeractionnetwork.org.uk/140830-badgers-killed-by-culling-since-2013/ [Accessed 31 May 2022]. An increasing number of reviews and scientific reports have challenged the strategy, but the cull has continued.

In March 2020, the Government responded to an independent bTB strategy review, led by Professor Sir Charles Godfray, saying it would, “begin an exit strategy from the intensive culling of badgers.” The aim was to move towards improved bTB testing, tighter biosecurity on farms, tougher restrictions on cattle movement and widespread vaccination of cattle and badgers.

However, just months later, in a major U-turn – largely eclipsed by news coverage of Covid-19 and Brexit – an extensive continuation of the badger-culling programme was announced with the cull being expanded to 11 new areas of England, including parts of Oxfordshire, Lincolnshire, Leicestershire and Derbyshire so that more than 60,000 badgers can be killed.

Conservation groups said the expansion was a betrayal of trust after the Government pledged to phase out the cull. Writing in the journal National Geographic, veterinary surgeon Dr Iain McGill, who spearheaded the investigation into the BSE crisis in the 1990s, said: “This is more disgraceful governmental deception. They are hinting for the second year that they are phasing out culling… [but] the reality is that culling will expand massively in the next two years, as pro-cull landowners rush to apply for their licenses. They’ll be granted four-year licenses to cull, and can apply to cull for two more supplementary years after that. Thousands of badgers will continue to be targeted until at least 2028, and under ‘exceptional circumstances’ thereafter. Sadly, this is most definitely not the end.”6Jarvis L. 2021. Badgers, cattle… and scapegoats? Why UK wildlife could remain in the firing line – despite new cull review. Available: https://www.nationalgeographic.co.uk/environmentand-conservation/2021/01/badgers-cattle-andscapegoats-is-controversial-science-putting [Accessed 31 May 2022].

Then, in May 2021, the Government announced that no new four-year cull licences will be issued after 2022. In a classic example of spin, this announcement came on the same day that they issued 10 new culling licences (the maximum number allowed).

As many as 38,462 badgers were killed in 2020, so under the existing and new licences issued up to 2022, many thousands more badgers could still be killed before the badger cull finally comes to an end. Badger Trust acting chief executive Dawn Varley said: “Mass culling licences will run to 2026 and, combined with those already in play, we estimate will lead to another 140,000 badgers still to be killed in addition to the 140,000 we have already lost.”

Dr Jo Smith, CEO of Derbyshire Wildlife Trust, said: “The Government has failed to listen to the public who want to see an immediate end to the badger cull. If a further 130,000 animals are killed within the next five years, we could lose 60% of England’s badgers.”7The Wildlife Trusts. 2021. Government approves badger culling to 2026 and ignores public consultation. Available: https://www.wildlifetrusts.org/news/government-approves-badger-culling-2026-and-ignores-public-consultation [Accessed 31 May 2022].

Not only does the research suggest the role of badgers in spreading bTB has been overstated, culling them may even increase the spread of disease.8Pope LC, Butlin RK, Wilson GJ et al. 2007. Genetic evidence that culling increases badger movement: implications for the spread of bovine tuberculosis. Molecular Ecology. 16 (23) 4919-2499. Research shows that culling badgers drives them to roam further afield, allowing them, if infected, to disperse bTB over a larger area. Varley says: “The culling policy is inhumane and unnecessary at best, and at worst it’s a smokescreen and ineffective strategy to appease farmers.”

The drive for cheap meat and milk comes at an increasingly high cost to the farmed animals, the farmers, the environment and native wildlife. Some farmers are beginning to turn away from livestock farming and look for new, more sustainable ways of farming. The Government needs to start supporting this move with guidance and incentives.

The most effective, kindest and cheapest way to eliminate the risk of bTB spreading to humans would be to end our exploitation and unnatural interaction with bovine animals, such as using cows for milk and beef. If we didn’t farm cattle, we wouldn’t have a bTB problem.

There are now plenty of dairy and meat alternatives which play no part in the spread of disease, which require neither badgers nor cows to be killed and don’t cost the taxpayer millions of pounds in pointless culls.

To find out more go to viva.org.uk/animals/other-animals/badgers 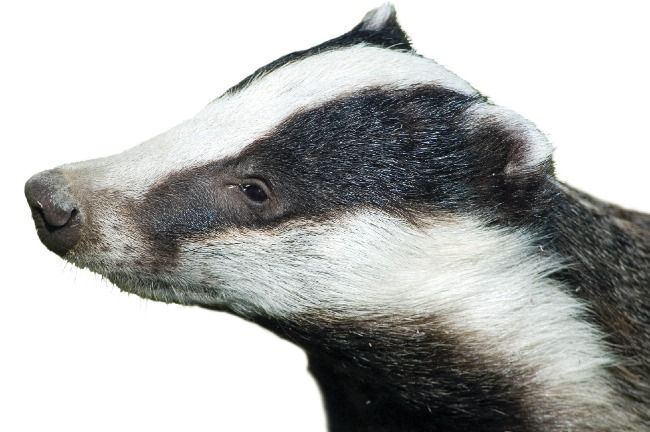 References:
NEXT: Nipah Virus – How Pig Farming Provided a Pathway for Disease
READ
Share it
Scroll up
We use cookies on our website to give you the most relevant experience by remembering your preferences and repeat visits. By clicking “Accept All”, you consent to the use of ALL the cookies. However, you may visit "Cookie Settings" to provide a controlled consent. More info at https://viva.org.uk/terms/
Cookie SettingsAccept All
Manage consent