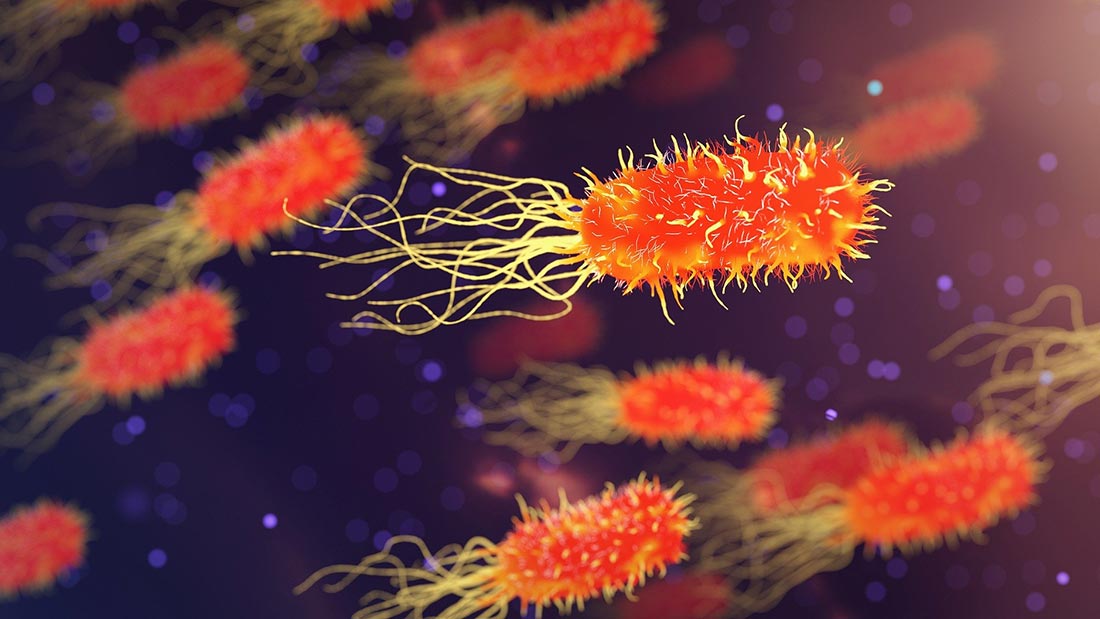 The routine use of antibiotics in farmed animals has led to the rapid increase in antibiotic-resistant strains of bacteria. Calls for reducing their use have been largely ignored, probably because they promote more rapid growth when given to farm animals at low levels. So antibiotics continue to be used routinely for ‘disease prevention’. As a consequence, antibiotic resistant strains of bacteria are emerging at an alarming rate; third-generation cephalosporin-resistant E. coli are of particular concern, originating from the overuse of antibiotics in broiler chickens. LA-MRSA CC398 is a superbug thought to have emerged from UK pig farms. Now we have colistin-resistant E. coli, these superbugs are resistant to colistin, a ‘last-resort’ antibiotic used against multi-resistant bacteria. This is a problem of our own making and we simply can’t afford to drag our feet anymore. So if you undercook meat, you could expose yourself to bacteria which may or may not be antibiotic-resistant, but if you overcook it, you could be at risk from carcinogenic compounds formed in the cooking process. The dilemma is what some people might call a no-brainer!

Asking for a rare steak in a restaurant could be like playing a game of Russian roulette! The routine use of antibiotics in farmed animals has led to the rapid increase in antibiotic-resistant strains of bacteria. A 2015 government review found that these ‘superbugs’ can be passed on to humans through undercooked meat, (O’Neill, 2015). After reviewing the current literature, the government report argues that the case for reducing antibiotic use in agriculture is compelling and that there is a need to take action now. Of the 139 studies the review looked at, only seven (five per cent) argued that there was no link between antibiotic consumption in animals and resistance in humans, while 100 (72 per cent) found evidence of a link. They said we need to take urgent steps to make sure that the use of antibiotics in animals that are important for human use, is restricted and, where necessary, banned. Calls for reduced use of antimicrobials in food production have been made before, but not, perhaps, in such blunt and specific terms.

Bacterial resistance to antibiotics spells trouble for humans and animals. Drugs that were effective for treating community- and hospital-acquired infections are no longer so because the target bacteria are becoming resistant to their action (Lipsitch et al., 2002). Some fear we may be approaching a ‘post-antibiotic era’ in which common infections are untreatable.

Over half of the antibiotics that are produced in the US are used for agricultural purposes (Lipsitch et al., 2002). Contamination of meat can then transfer these ‘superbugs’ from the animal’s digestive tract to humans. Plant foods (and so vegetarians and vegans) can also be affected via bacteria in manure contaminating crops, fruit and vegetables. Antibiotic resistant strains of bacteria are increasing at an alarming rate; of particular concern are methicillin-resistant Staphylococcus aureus (MRSA) and third-generation cephalosporin-resistant E. coli (G3CREC). The ‘superbug’ G3CREC originates directly from the overuse of cephalosporin, an antibiotic used in broiler chicken farms. It was estimated that in the UK in 2007, there were 1,580 cases and 282 deaths associated with poultry-derived G3CREC (Collignon et al., 2013).

Not long after antibiotics were first used widely in humans it was discovered that they could promote more rapid growth when given to farm animals at low levels (O’Neill, 2015). However, the use of antibiotics at low or ‘sub-therapeutic’ levels encourages the development of resistant bacteria. Despite a 2006 EU-wide ban on growth-promoting antibiotics added to animal feed, huge quantities of antibiotics continue to be given for ‘disease prevention’.

Livestock-associated methicillin-resistant Staphylococcus aureus (LA-MRSA CC398) is an important cause of animal-to-human infections in many countries. One study isolated LA-MRSA CC398 from retail meat samples from UK farms (Hadjirin et al., 2015). This study indicates that these superbugs were probably established in UK pig farms and demonstrates a potential pathway for the transmission of LA-MRSA CC398 from livestock to humans in the UK.

Another example of how antibiotic use in animals is creating major human health risks is the emergence of bacteria carrying resistance to the antibiotic colistin (polymyxin E), our last defence against multi-resistant bacteria (O’Neill, 2015). The routine screening of foods from areas in China where colistin is routinely given to pigs revealed a high number of resistant bacteria (Liu et al., 2016a). They found colistin-resistant E. coli in more than 20 per cent of animals, 15 per cent of raw meat samples and one per cent of hospital patients.

The alarming thing about this was that the bacteria had resistance that could be transferred between different bacteria, something that had not been reported before. The resistance genes were carried on plasmids – ancillary or extra pieces of DNA carried in the cell in addition to chromosomal DNA. Chromosomes contain all the essential information for living, whereas plasmids are much smaller and contain additional information that may offer some benefits to the bacteria. Rather like if the chromosome was a large briefcase containing all your essential information, the plasmid might be likened to a small purse with some additional notes in it. The important point here is that plasmid DNA can be passed between different strains of bacteria – this is called horizontal gene transfer and it opens up the possibility of antibiotic-resistance spreading even faster. The authors said that the emergence of plasmid-mediated resistance to colistin heralds the breach of the last group of antibiotics.

Antibiotic resistance is a problem of our own making, a direct consequence of the inappropriate use of antibiotics. Restrictions of antibiotic use in animals cannot always wait for incontrovertible evidence of harm and a delay may result in a lost opportunity to preserve the usefulness of certain antibiotics in human medicine (Smith et al., 2002).

Lipsitch M, Singer RS and Levin BR. 2002. Antibiotics in agriculture: When is it time to close the barn door? Proceedings of the National Academy of Sciences. 99, 5752-5754.

O’Neill. 2015. Antimicrobials in agriculture and the environment: reducing unnecessary use and waste [online].

Smith DL, Harris AD, Johnson JA et al. 2002. Animal antibiotic use has an early but important impact on the emergence of antibiotic resistance in human commensal bacteria. Proceedings of the National Academy of Science. 99 (9) 6434-649.