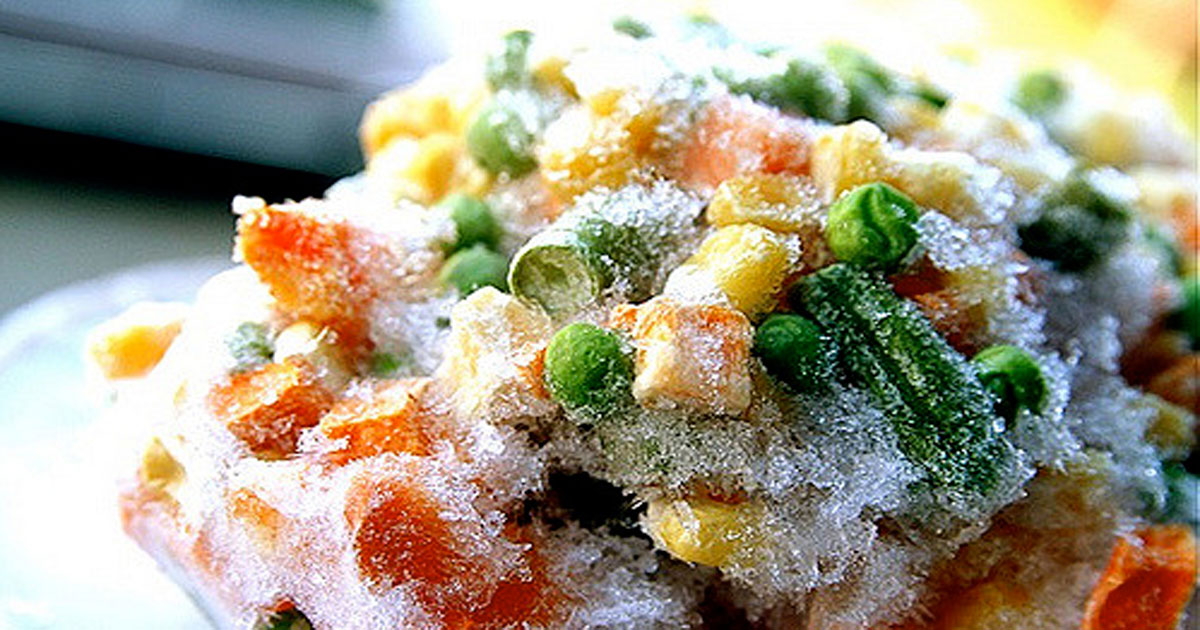 Products that are being recalled include frozen sweetcorn, peas, beans and spinach and UK supermarkets including Tesco, Sainsbury’s, Lidl, Aldi, Waitrose and Iceland are all affected. The full list can be seen here.

The listeria bug (Listeria monocytogenes) poses a serious threat to people with a weakened immune system, the elderly, pregnant women, unborn and newborn babies. A Public Health England spokesman said: “In the UK, there have been two deaths due to listeria linked to this outbreak. In both cases the individuals had underlying health conditions”. Symptoms caused by infection with this bug can be similar to flu and include high temperature, muscle ache or pain, chills, feeling or being sick and diarrhoea.

The European Food Safety Authority (EFSA) say that: “The available information confirms the contamination at the Hungarian plant. However, further investigations, including thorough sampling and testing, are needed to identify the exact points of environmental contamination”.

The vast majority of cases of food poisoning are caused by meat, chicken, eggs, fish or dairy. If plant foods are to blame (as in this case), it is usually because they are contaminated with animal excreta, human sewerage or handled by someone with dirty hands. EFSA are saying that “The same strains of L. monocytogenes have been detected in frozen vegetables produced by the same Hungarian company in 2016, 2017 and 2018. This suggests that the strains have persisted in the processing plant despite the cleaning and disinfection procedures that were carried out”.

In the UK, chicken is the most common cause of food poisoning, responsible for around half of all cases. However, listeria is the most fatal, listeriosis (listeria infection) causes severe illness and death in around a third of cases. The listeria bug tends to be found mostly in chilled, ‘ready-to-eat’ foods, including cooked sliced meats, cured meats, smoked fish, cooked shellfish, blue veined and mould-ripened soft cheeses (such as Brie or Camembert), pâté, pre-prepared sandwiches and salads.

The drive for cheap meat and ever-bigger, industrialised factory farms is a major contributory factor. Mechanical evisceration (removal of internal organs) of poultry has been shown to increase the risk of faecal matter contaminating the meat, which is probably why around 70 per cent of supermarket chickens in the UK are contaminated with Campylobacter. Beef and pork are affected in this way too.

Going vegetarian or vegan is no guarantee that you will avoid food poisoning, but it certainly does lower the risk substantially.

Previous post: Dodge dementia with diet
Next post: Meat industry ‘experts’ refute the links between meat and cancer
Scroll up