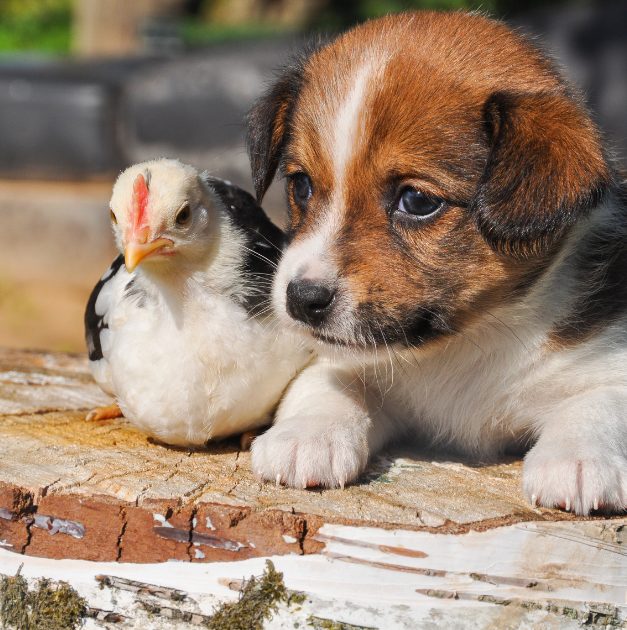 Saturated fat is the unhealthy type of fat we don’t need – it raises cholesterol, which increases the risk of heart disease. It’s found in meat pies, sausages, fatty cuts of meat, butter, ghee, lard, cream, hard cheese, cakes and biscuits and foods containing coconut and palm oil. Our bodies have no requirement for saturated fat at all and all major health organisations advise reducing it and/or replacing it with healthy, polyunsaturated fat – which we do need in small amounts.

The pro-fat crusaders, however, seem hell-bent on turning this sound scientific advice on its head with poorly designed studies which lead to headlines such as: “Saturated fat ‘ISN’T bad for your heart’: Major study questions decades of dietary advice” suggesting it’s perfectly safe to gorge on butter, cheese and sausages.

This claim was based on a review in the Annals of Internal Medicine which combined the results of 72 studies examining the links between fat and heart disease. It concluded that saturated fat may not lead to heart disease after all. Sounds convincing, but after it was published, other scientists noticed a number of mistakes. They had got some of the numbers wrong, results from other relevant studies had not been included and it overlooked a large review in which a significant reduction in heart disease risk was found in relation to healthy polyunsaturated fat.

Professor Walter Willett, chair of the Department of Nutrition at Harvard School of Public Health said: “…this meta-analysis contains multiple serious errors and omissions, the study conclusions are misleading and should be disregarded”. Two months later a correction was published pointing out the errors.

Next up was the Open Heart study, which suggested UK dietary guidelines are based on shaky evidence. The authors said that they didn’t know what evidence was available when the guidelines were written so they just selected six randomised control studies (RCTs) published before 1983 – all conducted in men, most of whom already had heart disease. Results suggested that advice to control saturated fat intake didn’t affect deaths from heart disease among this small group of unwell men. But that doesn’t mean the recommendations are wrong. Headlines declared: “Butter ISN’T bad for you after all”, despite the fact that the study was slammed by experts. Victoria Taylor at the British Heart Foundation said: “Guidance in the UK is based on a consensus of the evidence available”, and Professor Christine Williams, Professor of Human Nutrition at the University of Reading, said: “The claim that guidelines on dietary fat introduced in the 1970s and 80s were not based on good scientific evidence is misguided and potentially dangerous”.

This study was scientifically flawed and why they chose to look at old studies is unclear – surely, present guidelines would be better-challenged if current research contradicted them, but it doesn’t. A substantial body of evidence shows that saturated fat is bad for heart health. Even the accompanying Open Heart editorial questioned the validity of the study – cardiologist Rahul Bahl, of the Royal Berkshire NHS Foundation Trust, wrote: “Public policies generally do not require RCT evidence so to advocate their withdrawal here on the basis of the absence of such evidence seems unusual”.

It turned out that the lead author, Zoe Harcombe, runs a diet-club and has published books on her own version of good nutrition. She has previously advised people to ‘ignore public health advice’ so clearly takes a novel approach. A month after publication the authors of this paper were asked to update their competing interest statement. Pascal Meier, Editor-in-Chief of Open Heart, said: “In this case, Open Heart feels that the books and companies with which Mrs Harcombe has been involved should have been declared”.

US dietary guidelines have been targeted in a similar way in the British Medical Journal. The author of this study was journalist Nina Teicholz, who also wrote a book called The Big Fat Surprise: Why Butter, Meat and Cheese Belong in a Healthy Diet. In an open letter to the BMJ, Dr David Katz, of Yale University School of Medicine, expressed his concern at them publishing a journalist’s commentary as if it were authoritative, saying: “It is, in a word, absurd and testimony to the breakdown in integrity where science and media come together”. Errors in the study were identified and a month later a correction was published.

In 2016, the National Obesity Forum (NOF) published a report saying that avoiding butter, cream and cheese is actually fueling the obesity epidemic. Headlines declared that: “Official advice on low-fat diet and cholesterol is wrong”. Dr Aseem Malhotra, one of the authors of the report, said: “We must urgently change the message to the public to reverse obesity and Type 2 diabetes. Eat fat to get slim, don’t fear fat; fat is your friend”.

The NOF report described calorie counting as a red herring as calories from different foods have different effects on the human body. They said that in spite of dietary guidelines, the number of people with obesity and type 2 diabetes is rising. But that doesn’t prove the guidelines are wrong – it shows that people are ignoring them! Public Health England said: “the report is irresponsible and misleads the public”. Professor Susan Jebb, of Oxford University, condemned the report as “non-rigorous and irresponsible”, questioning their motives as they accept funding from the pharmaceutical industry (GlaxoSmithKline, Sanofi-Aventis, Roche Products as well as the British Meat Nutrition Education Services and weight loss business LighterLife UK). Shortly after that, four of the seven board members of NOF resigned.

The same year, the BMJ published a review questioning if cholesterol is bad for heart health in the elderly. More sensationalist headlines followed, saying: “High cholesterol ‘does not cause heart disease’”. You’d think they would tread more carefully after last time. A bit of digging revealed that four of the authors had written books challenging the idea that cholesterol is bad for you and nine were members of a group called The International Network of Cholesterol Skeptics, who oppose the idea that animal fat and cholesterol play a role in heart disease. It’s quite possible they think the Earth is flat too!

Dr David Nunan, senior research fellow at the Nuffield Department of Primary Care Health Sciences at the University of Oxford, said: “Given that the authors failed to account for significant confounding as well as the methodological weaknesses of both the review and its included studies, the results of this review have limited validity and should be interpreted with caution. At this time it would not be responsible, or evidence-based, for policy decisions to be made based on the results of this study”.

The pro-fat lobby will keep trying, and we should not forget the meat and dairy industry has money and influence. However, despite that it seems the government will not be swayed on this point and the scientific community is well-prepared to stand their ground. It’s a shame these few, flawed studies continue to receive so much media attention but ‘Five or more fruit and veg a day lowers the risk of heart disease’ just doesn’t have that tabloid ring to it.

Find out more about ‘good fat’ and ‘bad fat’ here.