Environmental effect of bacon vs lettuce 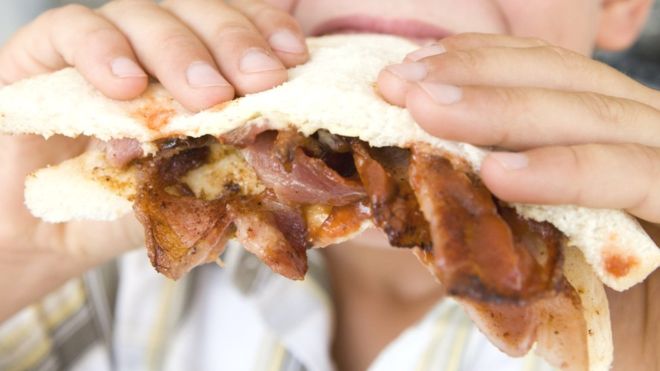 The headlines are reporting today that “Lettuce is three times worse than bacon for emissions and vegetarian diets could be bad for environment”. How can that be? We all know animal-based foods gobble up far more resources than plant foods.

There are several problems with this study. Firstly, the inappropriate comparison between bacon and lettuce is based on calories. The comparison should be made between similar foods – meat compared to another high-energy food like nuts, lentils or beans, not lettuce which is one of the least nutritious of all the vegetables! If it was your mission to find a plant food that used up the most water and other resources per calorie, you couldn’t do much worse than lettuce. It’s almost as if they picked this limp leaf deliberately to make a very unscientific point! The energy use, water footprint and greenhouse gas emissions of animal products is generally considerably larger than that of a wisely chosen plant food with equivalent nutritional value.

Two fried rashers of streaky bacon (70g) contain around 236 calories. To get the same number of calories from lettuce, you would have to eat nearly four whole medium-sized heads of iceberg lettuce (totalling over 1.8kg!!). Silly isn’t it?

You can’t compare replacing calories from meat with calories from lettuce – that’s why switching from meat and dairy to a plant-based diet is good for weight loss because vegetables contains less calories! In other words, less meat and more vegetables equals a healthier (and greener) diet, but you still need some high-energy food and good sources of protein. A more sensible comparison would be to look at high-energy plant foods like nuts, lentils or beans…

This study was conducted in the US. A similar study in Europe would find reduced energy use ,water footprint and greenhouse gas emissions, largely due to the fact that food is often produced more locally.

Also, the study investigated a vegetarian diet, not a vegan one. Cow’s milk and dairy foods have a massive impact on increased greenhouse gas emissions.

Think about this, if an animal produced more energy (calories) than went into raising the animal that would defy the laws of physics. Obviously it is more efficient and less damaging to the environment to eat plant foods than to eat the animals that are fed the plant foods (please don’t say cows eat grass, they eat a relatively small amount in concentrated diet of grain, soya, corn and other supplements).