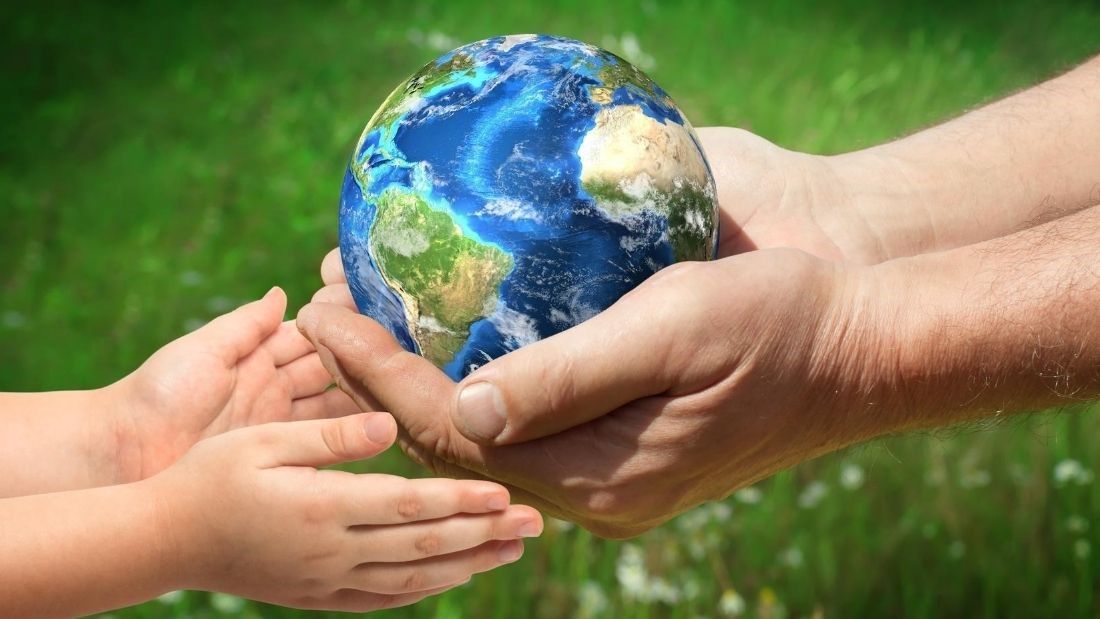 Thanks to Swedish schoolgirl Greta Thunberg and protest group Extinction Rebellion, it feels like we are finally waking up to the imminent threat posed by climate change. Sadly, the importance of what we eat continues to slip under the net, with environment minister, Michael Gove, insisting that red meat is an essential part of a healthy diet. It isn’t – not for our health and not for the planet!

Livestock farming is at the heart of every major environmental catastrophe we face, including climate change, deforestation, air pollution, antibiotic resistance and the huge loss of wildlife. If we do nothing, sea levels will rise, floods, droughts, water shortages, hurricanes, tornadoes and storms will all intensify! None of this is natural but of our own making.

The insatiable hunger for meat is driving wildlife into extinction as natural habitats are destroyed to make way for more land to fuel the relentless expansion of livestock production. The UN says one million animal and plant species are now at risk and natural ecosystems are degrading at a rate unprecedented in human history. We are experiencing the worlds’ sixth mass extinction!

It is not just happening on land, our oceans have been decimated by industrial fishing with many fisheries pushed beyond their ability to recover and ancient coral reefs lost forever.

Astonishingly, three-quarters of the world’s agricultural land is used to raise animals – for pasture and grazing or for growing crops to feed animals. It is the most inefficient method of producing food ever devised. When animals are fed crops, most of the protein and energy they contain are wasted, lost in normal bodily functions such as breathing, building bones, cartilage and offal and in their faeces. If your car ran with the efficiency of a cow, you would be filling it up every day just to drive to the end of the road!

Livestock production uses 70 per cent of global freshwater, itself a limited resource. Only 22 per cent of our water is used by industry and just eight per cent for domestic purposes. Plant foods require much less than animal foods: potatoes, vegetables and cereals require around 290, 322 and 1,644 litres of water per kilogram respectively. Cheese, pork and beef require 5,060, 5,990 and 15,400 respectively!

For at least one month a year, four billion people face severe water scarcity; half a billion face severe water scarcity all year round. If nothing changes, the situation will worsen. In his Keynote Speech at the Stockholm Water Conference in 2000, Lester Russel Brown, environmental analyst and founder of the Worldwatch Institute, stated: “It is now commonly said that future wars in the Middle East are more likely to be fought over water than over oil”.

This may sound like science fiction but some scientists say that if we don’t act soon, we could be heading towards a world ravaged by drought and hardship – a world resembling that portrayed in the futuristic film, Mad Max: Fury Road.

Livestock farming produces more greenhouses gases than all the world’s transport put together – that’s all the trains, planes, cars, buses, ships and lorries!

Livestock contributes to greenhouse gas emissions in a number of ways:

Taken together, the output of greenhouse gas from livestock farming exceeds that of all the world’s transport combined, and some scientists say that the total may be even higher than this.

Dr Peter Scarborough and colleagues at the University of Oxford found that going vegan would halve the greenhouse gas emissions from your food – that’s a 50 per cent reduction simply by cutting out animal foods.

Globally, we currently feed around a third of our crops to animals, a shameful waste when juxtaposed with the millions of people who go hungry every day. Growing food solely for human consumption, without first feeding it to animals, could increase available calories by as much as 70 per cent, and that could feed an additional four billion people – more than the two or three billion predicted in population growth by 2050. There really is no excuse for wasteful Western diets.

Dr Marco Springmann, of the Oxford Martin Programme on the Future of Food, says: “The size of the projected benefits [of eating plant-based foods] should encourage individuals, industry and policymakers to act decisively to make sure that what we eat preserves our environment and health”.

Politicians appear to be sitting on their hands but you don’t have to wait to be told what to do. You have the information you need so make your own mind up and go vegan today – it is the greenest diet, after all.