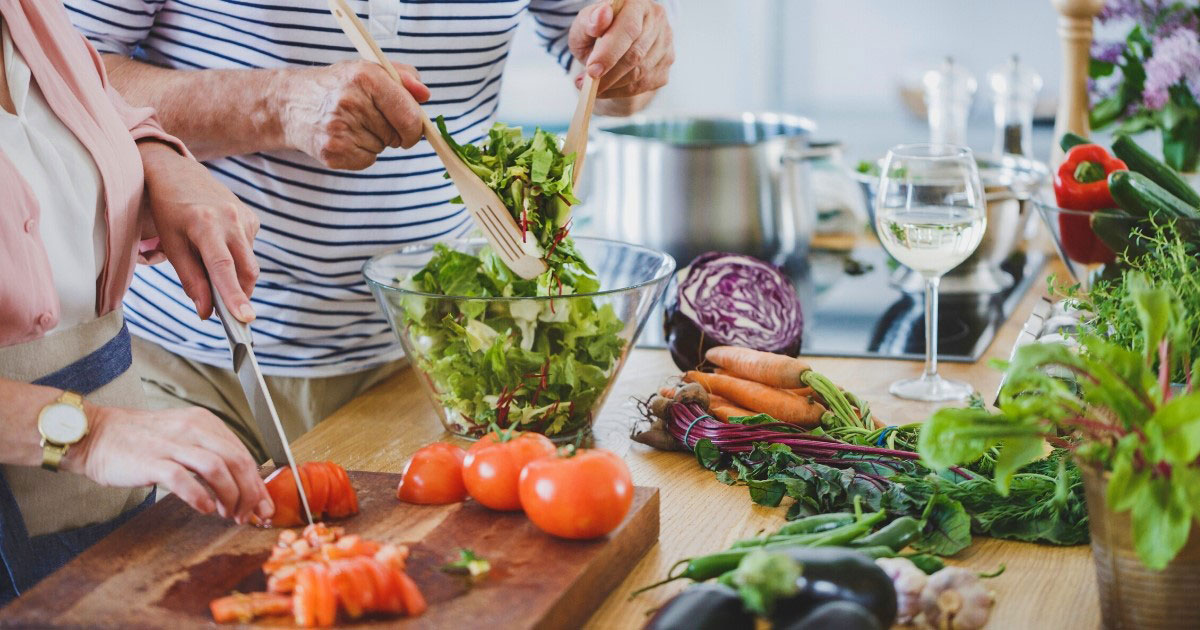 So, more nonsense in the news today, this time we are being told we need meat and eggs to dodge dementia. Who’s making these claims – a Harvard nutrition scientist maybe? No, an American journalist who has written a book called Genius Foods.

Apparently it’s wrong to think of animal products as unhealthy because they have such a significant impact on brain health. We are warned that eggs have been unfairly maligned and that we should also be eating fish, such as salmon, regularly. This reads like a 50-year-old guide to ‘healthy eating’ produced by the meat, fish and egg industry.

The idea that we need meat, fish and eggs for health is seriously outdated. All major health bodies now recommend reducing our intake of animal foods and a wealth of studies show how plant-based diets protect us against obesity, diabetes, heart disease, stroke and many cancers as well as lowering the risk of dementia.

Numerous studies show how vegetarians and vegans have a lower risk of dementia. This may be for several reasons, obesity in middle-age increases your risk, and vegans are much less likely to be overweight or obese compared to meat-eaters. High cholesterol in middle age appears to have a similar effect – again vegans have the advantage. Vegan diets tend to be naturally high in antioxidants, fibre and low in saturated fats, this helps protect cognitive health and can lower your risk of some neurodegenerative diseases.

There are over 850,000 people living with dementia in the UK, with numbers set to rise to over one million by 2025. Every year 225,000 will develop dementia, that’s one every three minutes. If diets containing red meat, eggs and fish protected you against dementia, we wouldn’t be facing such a prolific health crisis.

If you want to prevent or delay dementia, your best option is to eat a healthy, balanced vegan diet, exercise regularly and maintain a healthy weight. Avoid animal foods, eat at least five portions of fruit and vegetables every day, pulses (peas, beans and lentils), wholegrain foods such as brown rice, wholemeal bread and wholewheat pasta, nuts and seeds and take a vitamin B12 supplement.

Find out how to dodge dementia through diet here.