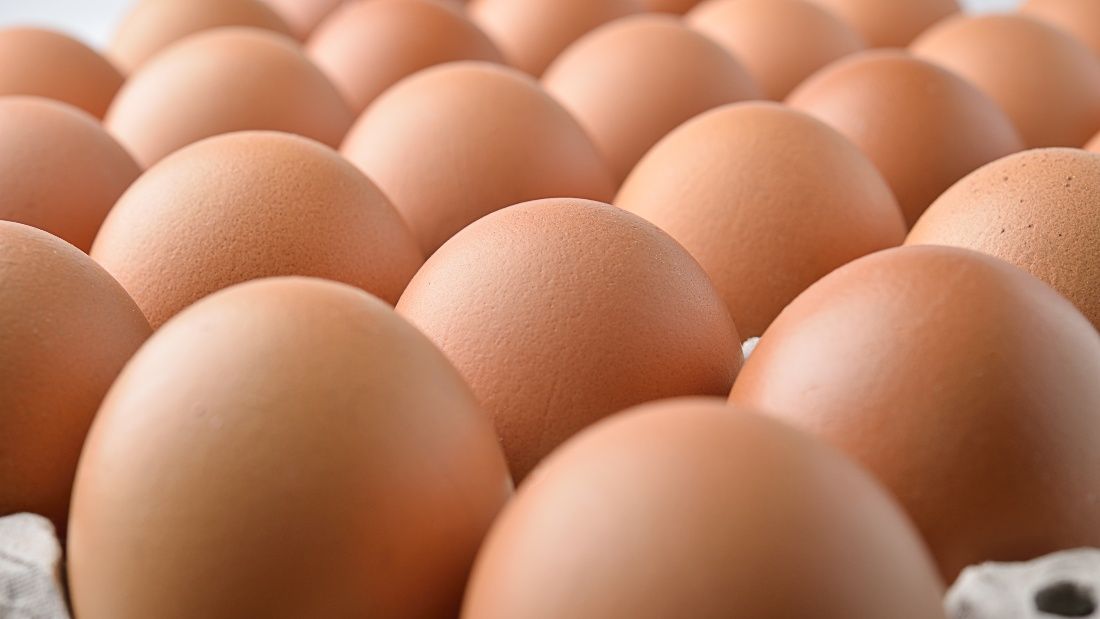 Eggs are often marketed as a natural, complete nutritional package but you don’t need to look very closely to see the cracks in this flawed message. The facts are: egg consumption has been linked to heart disease and stroke, type 2 diabetes, cancer and food poisoning.

Eggs contain saturated fat and cholesterol – there are very good reasons to avoid these fats because they increase your risk of heart disease. The amount of cholesterol in just one egg can exceed the maximum recommended daily limit – a single large egg yolk contains about 275 milligrams whilst people at risk of cardiovascular disease are advised not to eat more than 200 milligrams.

Eating an egg a day doubles your risk of type 2 diabetes – mostly due to the cholesterol content. Eating eggs can have a similar effect on blood vessels as smoking – regularly eating egg yolks contributes to an increased build-up of arterial plaques (cholesterol deposits on the inside of your artery walls). These are a serious risk factor for stroke and heart attack. Cooking eggs results in cholesterol by-products that increase the risk of heart disease, may be toxic to body cells and may cause DNA damage.

Eggs contain a substance called choline – an essential nutrient needed for cell membranes, nerve signal transmission and other metabolic functions. Too much, however, can be damaging to health and eggs are by far the richest source. Too much choline has been linked to ovarian and prostate cancer as well as heart disease.

One of the by-products of choline (trimethylamine-N-oxide or TMAO) contributes to the build-up of arterial plaques, promoting heart disease. The higher the levels of TMAO, the higher the risk of stroke and heart attack.

There’s a strong link between egg consumption and various forms of cancer – including ovarian, breast, prostate and colorectal – likely due to the high cholesterol and choline content. The carcinogenic chemicals (heterocyclic amines) formed during frying may also play a part.

One or two eggs a week increases the risk of ovarian cancer by 70 per cent. If you eat more than two and it rises to 80 per cent!

Prostate cancer is also associated with egg consumption – more than two eggs a week increases the risk by 80 per cent and increasing egg intake by five eggs a week can increase fatal prostate cancer by 47 per cent. It has also been found that men who had already been treated for prostate cancer but continued to eat just one egg a day had a higher likelihood of the cancer returning.

Eating just a few eggs a week can increase colorectal cancer risk by 19 per cent but eating three or more may increase the risk by a whopping 71 per cent!

Salmonellosis is an infectious zoonotic disease (spread from animals to humans) usually caused by eating food contaminated with Salmonella bacteria. Eggs carry the risk of salmonella food poisoning – despite vaccination of chickens, they can still pose a serious risk.

Despite attempts to eliminate Salmonella from British eggs, in 2019, the Bureau of Investigative Journalism revealed that more than 100 people had been poisoned by contaminated eggs over the previous three years – 45 cases in 2019 alone. According to the bureau, 25 egg-laying poultry flocks tested positive in 2019, seven of them infected with the most serious strain. In 2018, 28 flocks tested positive for Salmonella, four of them with dangerous strains. Two egg-packing factories were also said to have been contaminated. The potentially fatal bacteria were traced to British poultry farms, despite government assurances that the risk had been virtually eliminated.

In addition to Salmonella, eggs can carry other dangerous bacteria such as Listeria and Campylobacter.

Campylobacter is the main cause of food poisoning in the UK and it is estimated that there are more than half a million cases and 80,000 general practitioner consultations every year in the UK. Symptoms include diarrhoea (may be bloody), vomiting, stomach pains, cramps, fever and generally feeling unwell.

Listeria monocytogenes causes a serious and often deadly infection called listeriosis from eating contaminated food. A 2019 outbreak was linked to the consumption of contaminated eggs and egg-containing products. Listeria infections are particularly serious for those aged over 65, for pregnant women and newborn children.

Laying hens treated with drugs and given feed containing pesticides can produce contaminated eggs. Traces of many of these potentially toxic pollutants are usually present even in free-range and organic eggs.

As of 2017, around 700,000 eggs from the Netherlands and Belgium contaminated with the pesticide fipronil have reached the UK food market. The symptoms of fipronil poisoning include sweating, nausea, vomiting, headache and stomach pain, dizziness and seizures. It’s not certain just how common the use of this substance has been as millions of eggs have been recalled from shops all over Europe and many farms closed as a result.

The contaminated eggs had been used in fresh products such as salads, quiches and sandwiches sold in Sainsbury’s, Waitrose, Asda and Morrisons. This case highlights the scale on which supermarkets use eggs in their fresh products that they wouldn’t put on the shelves. The UK imports almost two billion eggs every year.

Nowadays there are so many alternatives to eggs that the risk really isn’t worth it. Check out our Guide to Egg Alternatives, see our Vegan Egg Replacers wallchart and join our Vegan Recipe Club to find delicious egg-free recipes. Cutting eggs out of your diet can only benefit your health so why wait?

For references not linked in the text, see: https://viva.org.uk/materials/cracked-guide/