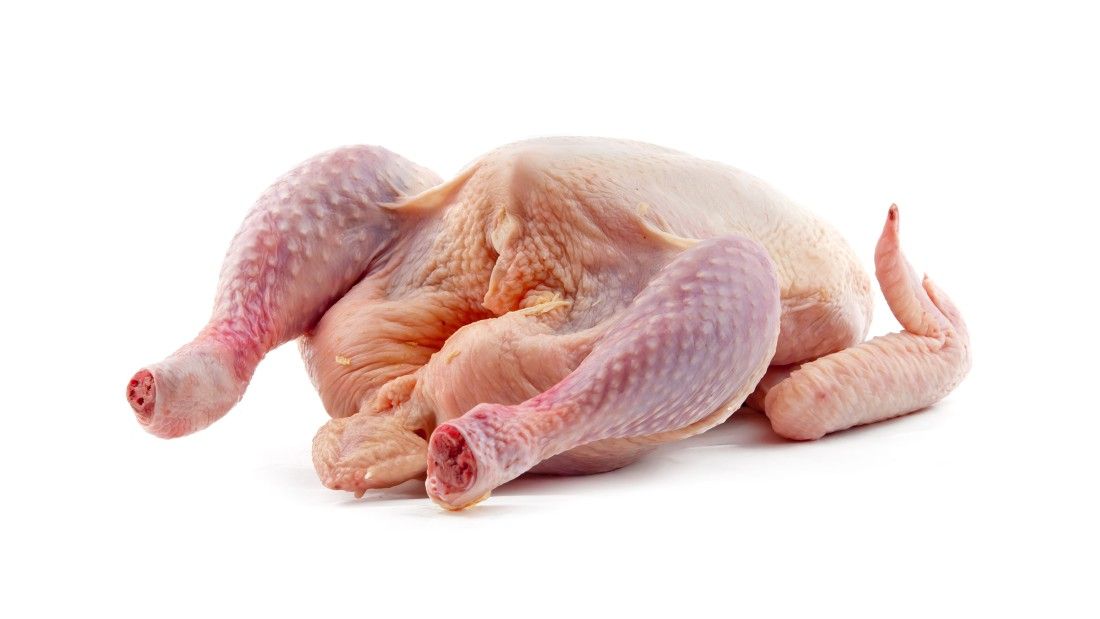 White meat refers to meat that is light-coloured before and after cooking. Chicken is the archetypal white meat. However, the term is generally used for all poultry, even if the meat is technically red, as in duck. Some consider the meat of milk-fed calves (white veal) white and some years ago, the US National Pork Board tried to get pork reclassified as white meat in an effort to suggest it was healthier than other red meats. It didn’t wash.

White meat has long been wrongly touted as healthier than red meat and as a good source of lean protein for the health-conscious. But this couldn’t be further from the truth. Here are eight white meat myths debunked.

1. White meat is low in cholesterol

Cholesterol can’t be avoided by choosing lean cuts of meat as it’s mainly found in the lean parts. Neither is white meat lower in cholesterol than red meat as chicken contains as much cholesterol as beef. One small, grilled, skinless chicken breast contains around 100 milligrams of cholesterol – an amount that can add roughly 0.13 mmol/L (or 5 mg/dL) to your cholesterol level.

Too much LDL (bad cholesterol) can lead to cardiovascular disease. A 2019 study published in the American Journal of Clinical Nutrition concluded: “The findings are in keeping with recommendations promoting diets with a high proportion of plant-based food but, based on lipid and lipoprotein effects, do not provide evidence for choosing white over red meat for reducing CVD [cardiovascular disease] risk.”

A plant-based diet, on the other hand, is naturally cholesterol-free, leaving our liver to make all the cholesterol our body needs.

Chicken contains more fat than protein. Researchers at London Metropolitan University, who analysed chicken thigh meat from several supermarkets and organic suppliers, found it contained more than twice as much fat as it did in 1940, a third more calories and a third less protein. They concluded: “In view of the obesity epidemic, chickens that provide several times the fat energy compared with protein seem illogical… chicken husbandry needs to be reviewed with regard to its implications for animal welfare and human nutrition.”

So much for it being a ‘high-protein’ food. Someone eating 100 grams of chicken would get more calories from the fat than the protein – 207 as opposed to only 64 from protein. Organic chicken didn’t do much better – 154 calories from fat and 74 from protein.

The team found that a chicken carcass contains almost a pint of fat – and we’re talking fat in the bird’s tissues, rather than the stuff which runs off into the grill pan! Which begs the question – does lean meat even exist?!

No one wants to eat undercooked chicken but thoroughly cooking white meat, including chicken, duck and turkey, can generate hazardous chemicals known as heterocyclic aromatic amines (HAAs), which are linked to cancer in humans.

HAAs form when sugars and creatine, a protein building block found mostly in muscle, are heated during cooking. Both are naturally present in meats. Some of the highest concentrations are in grilled meat – especially chicken – which contains more than 10 times the amount in grilled beef. Frying often produces large amounts of HAAs, too.

HAAs can bind directly to human DNA, causing mutation and initiating cancer. One common HAA, called PhIP, has been shown to damage DNA even at the low concentrations found in home cooking. Alarmingly, the pan scrapings often used for gravy contain up to 500 parts per billion of PhIP – hundreds of times higher than the concentration in meat! Chicken and PhiP? No thanks!

Not only could white meat cause cancer in those consuming it, but poultry workers have an increased risk of dying from liver and pancreatic cancers due to exposure to oncogenic (cancer-causing) viruses found in poultry.

4. White meat is a good choice for diabetics

A 2018 study published in Diabetes Care found that cooking chicken at high temperatures such as roasting, grilling, barbecuing and frying (very common cooking methods for poultry!) can increase the risk of developing type 2 diabetes.

It is thought that some chemicals (polycyclic aromatic hydrocarbons, heterocyclic aromatic amines and nitrosamines) formed during cooking may “spur an inflammatory response, interfere with the normal production of insulin, or promote insulin resistance in which the body cannot use insulin properly to regulate blood sugar levels”, according to the researchers from Harvard University.

Lean white meat is often cited as a good food for diabetics because it is believed it is lower in saturated fat, but as we have already seen, white meat is not lower in cholesterol than red meat and is extremely high in fat. However, according to the Physicians Committee for Responsible Medicine, a low-fat plant-based diet enables insulin to function properly both preventing and even reversing type 2 diabetes.

The vast majority of cases of food poisoning are caused by meat, chicken, eggs, fish or dairy. If plant foods are to blame, it is usually because they are contaminated with animal excreta, human sewerage or handled by someone with dirty hands. Many cases go unrecognised and unreported and it may be that one in every four people experience food poisoning every year in the UK.

Chicken is the most common cause, responsible for around half of all cases. Listeria is the most fatal, resulting in death in around a third of cases. A whopping nine out of 10 chicken carcasses are contaminated by faecal matter – I don’t know about you, but that’s not clean in my opinion.

Globally, around three-quarters of all antibiotics are given to farmed animals: primarily pigs and poultry. The overuse of antibiotics in animal agriculture, has led to the emergence of antibiotic-resistant ‘superbugs’ and is yet another global health disaster in the making.

According to a study in Clinical Microbiology and Infection: “This massive use of antibiotics amplifies and accelerates the emergence and spread of drug-resistant bacteria and ultimately leads to transmission of resistant bacteria from animals to humans through the food chain.”

Phthalates are a group of chemicals called plasticisers which are used in the production of plastics such as PVC and vinyl to make them more pliant. Unfortunately, our food can become contaminated with these chemicals and several studies have now shown links between phthalates and negative health outcomes in men.

And what food contains the highest levels of phthalates? A 2010 study which analysed many food groups concluded that poultry was the top dietary source of phthalates. So if you want a healthy balance of hormones, best chuck out the chicken.

8. We only need to worry about swine flu

Yes, swine flu is a serious concern but so is bird flu. The H5N1 virus has been infecting poultry since the late 1950s but in 1996, a highly pathogenic strain emerged in farmed geese in Guangdong province in China, killing more than 40 per cent of the birds it infected. By 1997, it had spread to poultry farms and live-poultry wet markets in Hong Kong where it infected 18 humans, leading to six deaths. To stop the outbreak, the government ordered the slaughter of more than 1.5 million chickens.

Since 2003, over 800 people have been infected with H5N1 with most cases resulting from handling, slaughtering or eating infected poultry. Over 450 of them have died, with fatalities in Indonesia, Egypt, Vietnam, China, Cambodia, Thailand and Canada. The World Health Organisation says the mortality rate for this highly pathogenic virus is about 60 per cent, compared to 0.1 per cent for seasonal flu.

Thankfully, H5N1 tends not to spread easily between people. However, should it mutate and become more transmissible, it could result in a death rate of anywhere between five and 150 million people, according to David Nabarro, a senior public health expert at the World Health Organisation.

The truth is that despite white meat’s misleading reputation as a healthy alternative to red meat, in a systematic review of the protective effects of different food types, not a single protective effect of poultry consumption was found. In other words, white meat does nothing good for our health but does plenty of damage.

If you’re after lean sources of protein try tofu, tempeh and seitan, or any number of the meat alternatives available nowadays. But don’t forget, all plant foods contain some protein and most people get too much anyway. If you’re getting enough calories, you’re more than likely getting enough protein. For more about protein requirements, check out our A-Z of Nutrients. 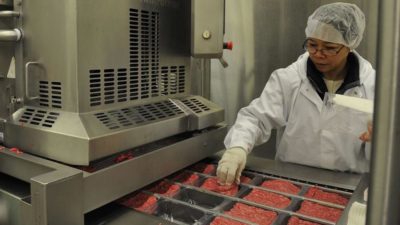 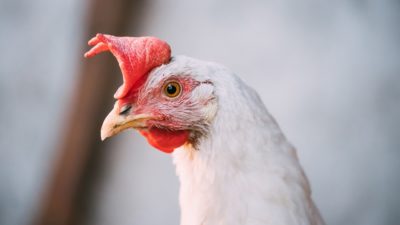 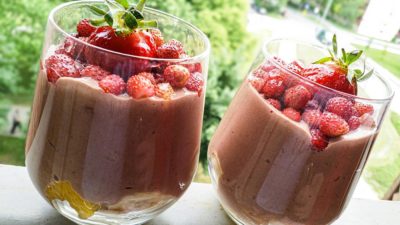