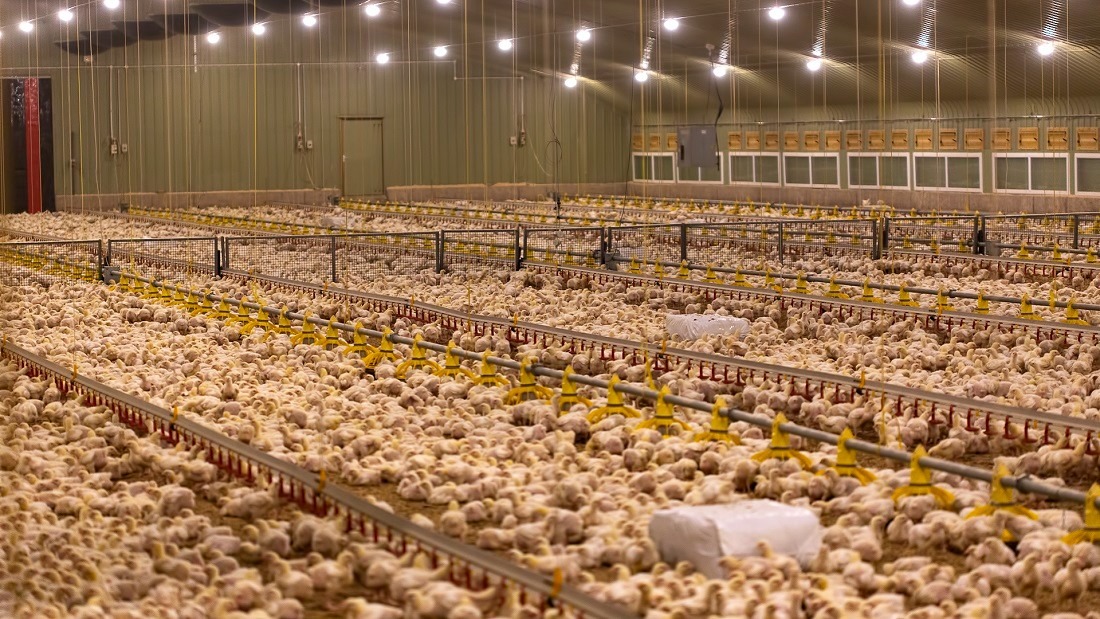 Bird flu viruses occur naturally in wild water-birds without making them ill and have done so for millions of years. They are passed on in water from one bird to another but are not problematic. But now, these same viruses have been blamed for increasing levels of illness and death in large numbers of land-birds, especially poultry. Even more worrying, they have begun jumping species, infecting different animals, including pigs, whales, horses, seals, dogs and humans.

Most bird flu viruses do not infect humans but some strains now have the ability to cause serious infections in people. These so-called highly-pathogenic strains include H5N1 and H7N9.

H5N1 has been infecting land-birds since the late 1950s but in 1997, 18 people were infected and six died in Hong Kong – the first known case of H5N1 in humans. Since then, high-pathogenic versions of H5N1 have spread from Asia to Europe and Africa, resulting in millions of poultry infections. Since 2003, over 800 people have been infected and 454 have died, with most fatalities in Indonesia, Egypt, Vietnam, China, Cambodia, Thailand and Canada. High-pathogenic strains cause death in 60 per cent of the people they infect.

So, although it seems to be relatively hard for humans to become infected, when they are, the odds are not good.

The H7N9 virus was first detected in poultry in China in 2013 and since then has affected around 1,600 to date. The H7N9 virus kills around 40 per cent of those it infects and the concern is that it is mutating and becoming more easily spread among the human population. H7N9 is now ubiquitous in Chinese poultry but, at the moment, doesn’t spread easily between people – that could change.

In 2017, samples from a man who died of H7N9 in China revealed a drug-resistant strain that appears to spread easily from animal to animal. Virologist Professor Yoshihiro Kawaoka of the University of Wisconsin says:

“If H7N9 viruses acquire the ability to transmit efficiently from person to person, a worldwide outbreak is almost certain…”

More recently, in February 2018, a 68-year-ol woman was hosptialised in Jiangsu province in eastern China after being infected with the H7N4 virus. This is the first recorded case of this virus infecting a human. This shows how unpredictable viral evolution is.

Bird flu has gone from being a relatively rare occurrence to one that crops up frequently and the UK has not escaped. In November 2014, a low-severity H5N8 virus was confirmed at a farm in Yorkshire; then in February 2015, a low-severity H7N7 virus was found at a farm in Hampshire. In 2015, a highly pathogenic H5N1 strain was identified at a chicken farm in the Dordogne in France and it was subsequently found in a number of other farms in south-western France. It seems that it just won’t go away and now H5N1 has infected migratory birds, and is spreading around the world.

So what caused bird flu to change into this much more sinister menace? The short answer is intensive factory-farming. Viruses are unlike other life-forms in that they are very simple packages of DNA or RNA that highjack the cellular machinery of plants and animals in order to replicate. They don’t breathe, drink, eat or excrete… they just replicate. Their sole mission is to infect animals or plants and make more copies of themselves. If a random mutation occurs that makes this easier, the mutated version will thrive and factory farms provide a perfect environment for the emergence of new super-viruses.

In water-birds, the virus had found an ideal environment in which it could co-exist without harming the host. However, when these birds were taken to market, the virus could no longer spread from bird to bird in water and was faced with the dilemma of finding a way to mutate – or die. Mutations naturally occur but unless they offer some advantage, the original version will continue to dominate. In this new, stressful environment, mutations occurred and enabled the virus to spread via faeces, nasal secretions or secretions from the mouth or eyes of infected birds.

Intensive poultry production provides the perfect breeding ground for a mutating virus. Chickens are raised in closed, crowded, stressful, unsanitary industrial facilities with little or no natural light. This is important as ultra-violet light (UV) harms viruses. Without this constraint, the bird flu virus was handed a perfect opportunity for mutation and infection.

Due to the industry requiring predictable breeding methods, commercially raised broilers are genetically very similar. Broiler chickens and turkeys are bred to grow extraordinarily quickly – 300 per cent faster than birds raised in the 1960s – and produce as much breast meat as possible. So comparatively overweight are they that many birds struggle to stand. This inevitably increases stress levels and lowers their immune function, increasing the opportunity for viral infection. A perfect storm of our own making!

So the virus is changing and has begun to jump species. In 2006, H5N1 was even isolated from a domestic cat found dead on the northern island of Ruegen in Germany – the same place where more than 100 wild birds have died from H5N1. In 2003-2004 a number of captive tigers and leopards in a zoo in Thailand who were fed fresh chicken carcases, died of H5N1 infection. Some tiger-to-tiger transmission is thought to have occurred.

We know that people have been infected and died. At the moment, bird flu viruses tend not to spread between people, but there have been a small number of cases of human-to-human infection among families caring for infected relatives. Imagine the death rate if a highly pathogenic virus became able to spread in the air like the common flu!

The pattern of infection in recent years, with different animals and humans affected, represents a disturbing new development, the full ramifications of which are uncertain. It may be entirely possible that a natural chain of mutations could lead to a bird flu virus acquiring the capability of airborne transmission between mammals. This could lead to a human pandemic that would circle the world in weeks. If and when an influenza pandemic arises from one of the currently circulating, highly pathogenic strains, the death rate could be devastating.

It won’t just be provincial farmers in China and Vietnam dying after touching dead birds or raw poultry – it will be office workers in New York, commuters in London, tourists in Paris and students in Munich. They will be joined by people in every city, town and village around the world, dying after shaking someone’s hand, touching a door handle or simply breathing in the wrong place at the wrong time.

“It might be time, although this is none of WHO’s business really, but the bottom line is that humans have to think about how they treat their animals and how they farm them, how they market them – basically the whole relationship between the animal kingdom and the human kingdom is coming under stress.”

One way to take control of the situation would be for huge numbers of people to stop eating poultry, pigs and other animals and remove the viral reservoir of factory-farms. It’s time to stop factory farming, it’s time to go vegan.