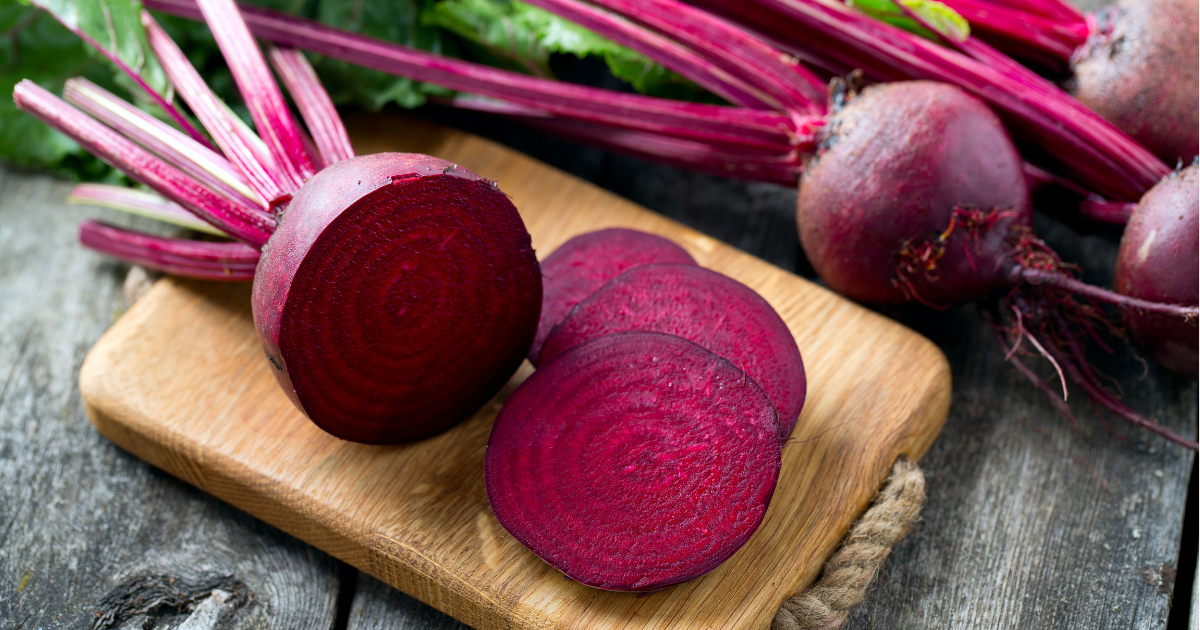 Beetroot is one of the best natural sources of nitrates, which are produced by special bacteria in the soil and taken up by the roots of the plant. Nitrates are converted into nitric oxide after consumption, which is known as a vasodilator. This means it causes dilation, or relaxation, of the blood vessels and increases their flexibility and healthy blood flow. Reduced flexibility increases the risk of fatty plaques (atherosclerosis), high blood pressure, stroke and forces the heart to work faster, which can result in heart attack. It isn’t actually the cells of our body that convert nitrate – this is done by bacteria that live in our mouths. In fact, using mouthwash before consuming high-nitrate foods such as beetroot actually reduces the amount of nitric oxide formed, and as such reduces the subsequent fall in blood pressure seen after consumption.

The consumption of high-nitrate foods such as beetroot may become even more important as we get older, as other ways of producing nitric oxide decline with age. Some studies suggest that this may contribute to the well-known increased risk of high blood pressure and cardiovascular disease in older people.

Research has shown that the consumption of beetroot juice can increase the blood flow to the brain, in particular the areas of the brain associated with cognitive conditions. There is even research to suggest that regular consumption of foods like beetroot may help prevent the development of vascular dementia – where memory loss and cognitive impairment occurs due to restricted blood flow to parts of the brain.

The consumption of beetroot juice is also beneficial for exercise. It can help to improve endurance and generally help exercise to feel less physically demanding, even in young, healthy people who do not have pre-existing cardiovascular problems. This is thought to be due to the nitric oxide increasing the ability of muscles to uptake glucose from the blood, and to improve blood supply which may help the remove of waste products.

The author
This post was written by Roger Penarroya