Home » Health » Health news » Are meat and dairy REALLY good for you?

Are meat and dairy REALLY good for you? 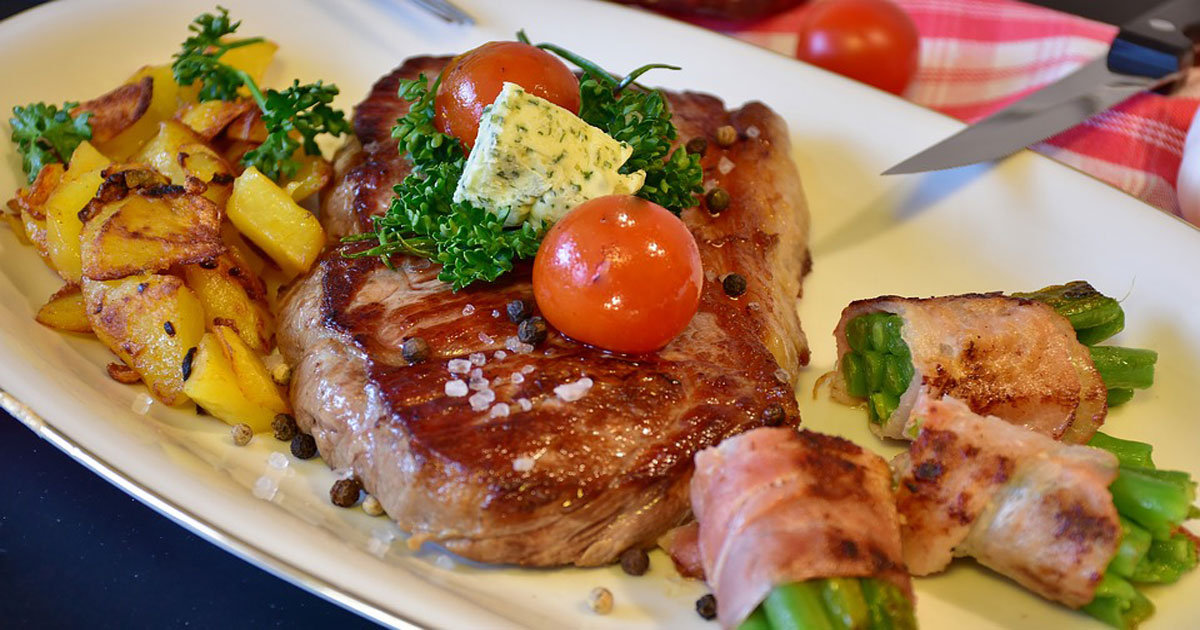 Here we go again – the headlines are full of it today:

The headlines are based on research presented at the European Society of Cardiology conference in Munich. Dr Andrew Mente and colleagues from McMaster University, Ontario in Canada used five large international studies to develop a dietary scoring system that measured the health benefits of different foods. Results suggest that unprocessed red meat, fish and whole fat dairy reduce risk of early death, heart disease and stroke.

The seven food groups included were vegetables, fruit, pulses (peas, beans and lentils), nuts, fish, dairy and unprocessed red meat. Each food group was assigned a score of one (lowest intake) up to five (highest intake). So the lowest score would be seven and the highest, 35.

Those with a very low score tended to eat fruit, vegetables, a small amount of nuts or pulses and very little dairy, meat and/or fish. This included poor quality diets where 70-80 per cent of the energy came from carbohydrates. Those with higher scores, eating the most dairy and red meat, saw their chances of early death fall by 25 per cent and fatal heart attack decrease by 22 per cent. People who had three portions of dairy and 120 grams of unprocessed red meat per day benefited the most.

Diets containing lots of fruit, vegetables, nuts, pulses, dairy, red meat and fish may offer some advantage compared to a sub-optimal diet based on white rice – but that doesn’t make it an optimal diet. That’s like saying a Big Mac (with cheese and salad) is healthier than a chip buttie!

Results also showed that fruit, vegetables, nuts and pulses are an essential part of a healthy diet, but that doesn’t make such good headlines so all we are hearing about is how you should be chowing down on steak and ice-cream for a healthy heart!

Previous research from this group showed similar results but the methodology, interpretation and conclusions have been questioned. Firstly, the quality of carbohydrate was not assessed. The World Health Organisation recommends an optimum diet of at least 55 per cent of total energy from a variety of carbohydrate sources for all ages except for children under the age of two. The key point here is a variety of carbohydrate sources – in some low-income countries, the diet may be dominated with processed white rice – lacking in fibre, vitamins and minerals compared to wholegrain foods.

President of the Committee for Responsible Medicine, Dr Neal Barnard, and colleagues said the main conclusion of the previous study was: “It is better to be rich and healthy than poor and sick”. People in low-income countries getting 75-80 per cent of their calories from carbohydrates (mainly white rice) are more likely to die earlier than those with a more mixed diet (with less than 50 per cent coming from carbs). No kidding Sherlock!

They say: “The authors call for reconsideration of global dietary guidelines, and we fully agree. It is time to tell the truth: the key to improving health is not decreasing carbohydrate consumption, but escaping poverty, gaining access to medical care, and eating fruits, vegetables, and legumes. These factors decrease both cardiovascular and non-cardiovascular total mortality”.

More research is needed to see how a plant-based diet containing plenty of fruit, vegetables, wholegrains, pulses, nuts and seeds compares to the model used in this study. Until then, there is not enough evidence to justify calling for a change to current guidelines that recommend reducing your intake of red meat and saturated fat.

This study supports recommendations on the consumption of fruits, vegetables and pulses but provides no basis for a change in global dietary recommendations.

Disclosure: The study was funded by the PHRI, Canadian Institutes of Health Research, Heart and Stroke Foundation of Ontario and unrestricted grants from several pharmaceutical companies, as well as by grants from the health agencies or ministries of over 40 countries. Mente reports no relevant financial disclosures.