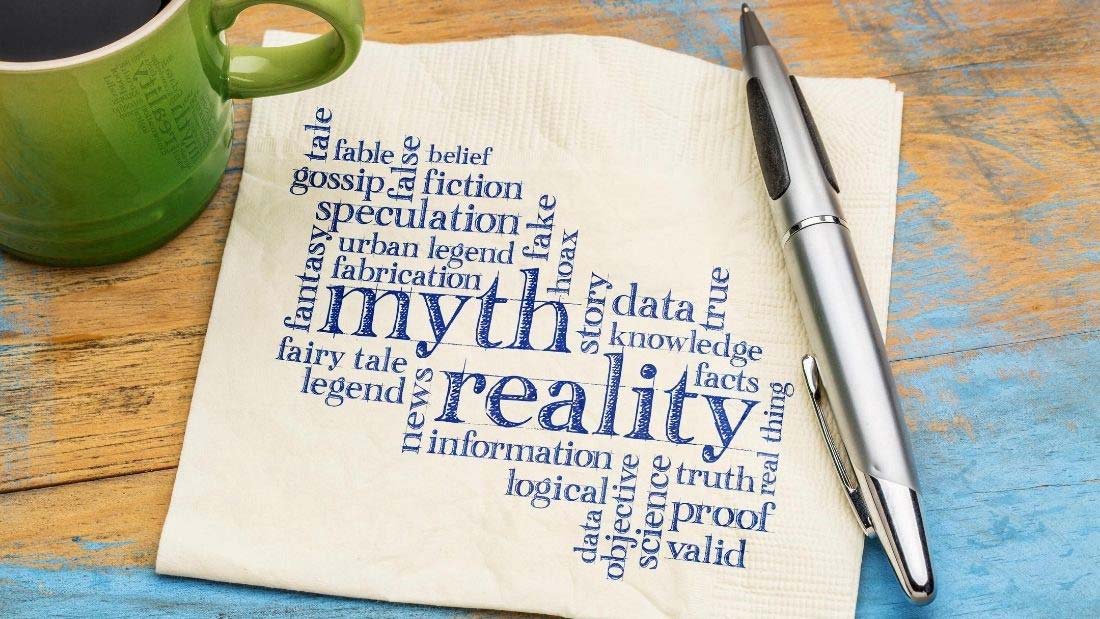 You can all get all the nutrients you need from a varied, vegan diet – and often in a form our bodies can better use. Plus, you avoid all the harmful health effects of eating meat, fish and dairy. Here, we set the record straight with the top 10 food myths – busted!

Scientists say it’s time to stop asking vegans where we get our protein! The idea that plant foods don’t contain ‘complete protein’ is considered outdated thinking – a varied vegan diet that provides enough energy will supply all the amino acids – the building blocks of protein – you need.

It’s been drummed into us from an early age that we can only get the calcium our bones need from cow’s milk and dairy products. This is simply not true. Around 70 per cent of people in the world don’t drink milk as adults because they are lactose intolerant and lose the ability to digest lactose (the sugar in milk) around the age of weaning. If milk was essential, those not drinking it would be in trouble. What we actually see is the highest rates of osteoporosis and bone fractures occurring in the countries that consume the most dairy.

Myth 3. You need meat for vitamin B12

You need only a little B12 (1.5 micrograms a day), but that small amount is vital for maintaining healthy nerve cells and other important functions.

B12 is produced by bacteria that live in the soil. Traditionally, humans and animals got it from eating unwashed foods but modern food production is so sanitised that we now need to get it from other sources, supplements in particular. Farmed animals are also given B12 supplements for exactly the same reason, making the argument, that you need to eat meat for B12, invalid.

The B12 in meat is attached to animal protein which makes it more difficult to absorb than the B12 that’s produced by bacteria and used in supplements and fortified foods. The body’s ability to absorb B12 declines with age so, in the US, everyone over 50, is advised to get their B12 from supplements or fortified foods, whatever their diet.

Good sources include yeast extract (Marmite), plant milks, nutritional yeast and margarines, providing they have added B12. A supplement is also a good idea to ensure topping up!

It’s a myth that you need meat for iron. One of the largest studies of vegetarians and vegans, the European Prospective Investigation into Cancer and Nutrition (EPIC) Oxford study, compared the diets of over 18,000 meat-eaters, 4,500 fish-eaters, 6,600 vegetarians and 800 vegans and found that vegans had the highest intake of iron – meat-eaters came last!   Meat contains haem iron and too much can be harmful, increasing the risk of heart disease and encouraging production of compounds linked to cancer. Non-haem iron from plant foods does no such harm. The best sources of non-haem iron include wholegrain foods, pulses, seeds, dried fruit and dark green leafy vegetables. Foods that contain vitamin C can help boost iron absorption if eaten at the same meal.

Myth 5. Soya foods are bad for your health and the environment

Scare-stories about soya abound, particularly the warning that soya can interfere with sexual development, fertility and make men grow ‘man-boobs’! These tall tales focus on phytoestrogens, natural substances found in soya but also many fruits, vegetables, pulses and wholegrains. They are between 100 and 100,000 times weaker than the oestrogens that occur naturally in human’s or cow’s milk.

These wild stories are based on small-scale animal experiments and have no relevance to humans. Phytoestrogens behave differently in different species and in many of these experiments, animals were injected with high doses or force-fed excessive amounts. Human studies show no harmful effects.

Soya packs a great nutritional punch, providing an excellent source of protein, healthy polyunsaturated fats, disease-busting antioxidants, B vitamins and iron. Soya protein lowers cholesterol and reduces the risk of heart disease. Girls who eat the most soya have a lower risk of breast cancer as adults than those who eat the least and eating soya after a breast cancer diagnosis may reduce recurrence and improve survival.

Global deforestation to make way for soya cultivation is an environmental disaster – but not because of vegans! The vast majority of soya is fed to livestock to produce meat, dairy and eggs. If you want to save your health and the planet, swap that beef steak for braised tofu!

Much like the snake oil sellers of old, fish oil pundits who claim their fishy capsules could boost intelligence have been discredited. The fish oil frenzy that gripped the nation was exposed for what it was – clever marketing and some not-so-clever pseudoscience.
There’s no evidence that fish oils boost brain power and research shows that they may have a harmful effect in some people because of the pollutants found in all fish, such as polychlorinated biphenyls, dioxins and mercury.

You’re better off getting omega-3s from flaxseed oil and walnuts – safer, healthier and better for marine life, which is increasingly living under threat. If you want the long-chain omega-3s EPA and DHA, take an algae-derived supplement – algae is where the fish get their omega-3s!

Myth 7. Westerners are the healthiest people in the world

We may be living longer but not to a healthy old age! More people than ever are living with chronic disease – around 7.4 million people in the UK have heart and circulatory disease while almost four million adults have been diagnosed with diabetes. One in eight women will get breast cancer and one in eight men, prostate cancer. In fact, one in every two people will be diagnosed with cancer at some point in their lives.

That’s a barely coded way of suggesting that men need meat in order to perform sexually – actually the reverse is true! Fatty foods, such as steak, cheese and bacon not only clog up the arteries that lead to your heart but also to other vital organs These foods increase the risk of diabetes and obesity, which are also linked to impotence.

Former firefighter and triathlete, Rip Esselstyn – son of the famous heart surgeon, Dr Caldwell Esselstyn – slams the myth that meat is good for sex, saying: “The canary in the coal mine when it comes to heart disease is an underperforming penis”. Impotence affects one in 10 UK men and changing your diet is an easy way to protect against blocked arteries, heart disease, stroke and many other conditions.

Myth 9. Chicken is the healthy option

In the 1970s chicken was heralded as a ‘healthy’ option, lower in fat than red meat. Through selectively breeding chickens, using intensive farming methods and focusing on rapid growth, it now means that modern supermarket chickens contain more fat than protein, and much of it is saturated fat! High-saturated fat intake increases the risk of breast, prostate and bowel cancer as well as heart disease and diabetes. Swap the chicken for chickpeas!

Myth 10. We are designed to eat meat

Simply untrue! Our bodies are far more suited to eating plant foods than meat because we produce enzymes in our saliva that help us to digest carbohydrates; we can chew from side to side rather than up and down, as do carnivores; and our long intestines permit the slower digestion of plant foods. Carnivorous animals don’t produce these starch-digesting enzymes in their saliva and their acidic stomachs help them to digest flesh quickly while short intestines allow the rapid expulsion of meat remains.

Our blunt little canine teeth and soft fingernails don’t put us in the same league as wolves or lions – whose canines can be seven centimetres long! They rip their prey apart, tearing off chunks of raw meat and ‘wolfing’ them down without the aid of a knife and fork! Consider the effects saturated fat has on our arteries, increasing the risk of heart disease and stroke, it’s clear we are not designed to eat meat. Wolves and lions have no such problem.

Contrary to popular belief, our ancient ancestors ate a much more plant-based diet than Paleo pundits would like you to think. Evidence shows they ate roasted root vegetables, leafy vegetables, celery, figs, nuts, seeds and chenopodium seeds, which are similar to quinoa.

There you have it! The top 10 food myths busted and the facts at your fingertips; a varied vegan diet is the best diet for your health and the environment – and we are designed for it!

Find out 10 reasons to go vegan and thrive here.