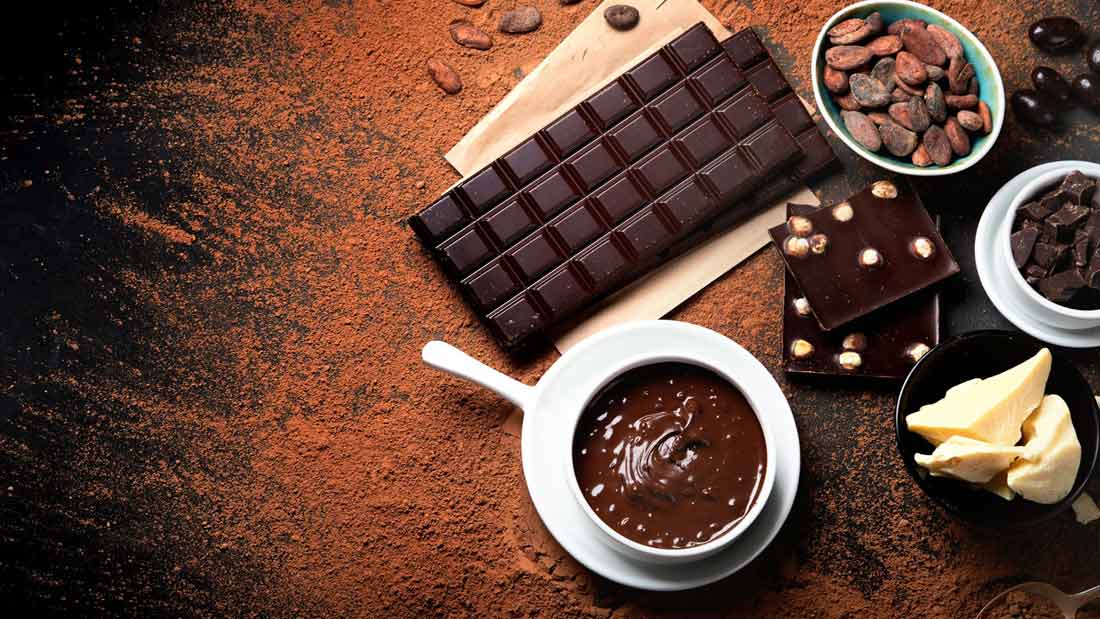 What makes chocolate so irresistible? And can it possibly be good for us?

Chocolate couldn’t exist without beans from the cacao tree (Theobroma cacao). It bears fruit in the form of large pods with beans inside and when harvested, the beans are fermented, dried, roasted (unless it’s for raw cacao products) and processed into cocoa liquor, cocoa mass, cocoa powder and cocoa butter. The word cacao is used for the raw and unprocessed beans and powder, while cocoa refers to everything roasted and further processed.

Chocolate is made from some or all these different forms of cocoa, usually with added sugar and other ingredients.

A little bit of history

The tropical cacao tree is native to South America and its beans have been used by native people for millennia. The Maya valued cocoa highly, using it not only as a food but also medicine and even currency. Traditionally, cocoa was prepared by harvesting the beans, fermenting, roasting and grinding them into a paste. This paste was then mixed with water, often with the addition of chilli and other spices, and the mixture was beaten until it turned into a frothy drink. Sugar was yet to be discovered so this cocoa beverage was consumed bitter. It wasn’t until European invaders got their hands on cocoa beans and brought them to Spain that sugar was added to the traditional drink. Since then, the popularity of cocoa has sky-rocketed and eventually chocolate as we know it was created.

Cocoa contains many powerful phytochemicals and some essential nutrients, such as protein, iron and magnesium. But let’s face it, no one eats chocolate because it contains protein, it’s the effects of its phytochemicals that are at the heart of chocolate’s allure. So just why and how does it work its magic on us?

Cocoa packs some strong antioxidants that help fight inflammation, protect blood vessels and DNA from damage and aid our immune system. However, probably the strongest of cacao’s phytochemicals is phenethylamine (PEA); a compound that stimulates the nervous system and triggers the release of endorphins – aka ‘happy hormones’. But that’s not all – PEA can also stimulate the release of dopamine, a potent neurochemical linked to pleasure.

On top of all this, cocoa is also a rich source of L-tryptophan, a substance which your body turns into serotonin, the feel-good neurochemical. Serotonin plays a major role in positive mood, healthy sleep and appetite. Low serotonin levels can cause disturbances of all these conditions and even lead to depression. Women have more serotonin receptors in the brain than men, which is maybe why they seem to be more receptive to chocolate. It can even help to alleviate the natural decrease in feel-good hormones which women experience before and during their period.

Cocoa is a source of caffeine – an antioxidant and powerful stimulant. Caffeine stimulates the production of stress hormones, which is why it has an energising effect but cocoa isn’t a very rich source. A half of a regular 100-gram bar of dark chocolate provides between 10 and 60 milligrams of caffeine, while just one cup of coffee contains 65-200 milligrams.

Theobromine is another cocoa phytochemical that acts as a mild stimulant. It has some unique properties – it helps the tiny muscles in the lungs to relax, which is helpful if you’re struggling with a cough, and it may help lower blood pressure. What’s probably the best property of theobromine, though, is that it releases the compound anandamide, a powerful chemical producing blissful feelings (the name comes from the Sanskrit word for bliss – Ananda).

The darker the better

As you can probably guess, to get the most out of cocoa, you should reach for dark chocolate as this has the highest cocoa content – between 60 and 99 per cent. The lighter the chocolate, the less cocoa it contains and the more diluted are its benefits by much less healthy sugar and fat.

The usual standard for dark chocolate is 70 per cent, which still offers some sweetness but also enough cocoa to bring you benefits.

An indispensable ingredient in every bar of chocolate is cocoa butter – the fat extracted from cacao beans. It’s what makes chocolate melt in your mouth and adds to its irresistible flavour. Quality chocolate doesn’t have any other fat added so if you see various fats and oils listed in the ingredients, put the chocolate back on the shelf!

Cacao farming is hard work and because of the tropical and humid conditions required, it can be grown only in certain regions. The big majority is now grown in Africa, Asia and Latin America and despite the global popularity of chocolate, many cacao farmers live in poverty. Large multinationals pay little for their produce and many companies have also been exposed for using child labour. To avoid this exploitation, look for a Fairtrade label – that way you know cocoa farmers were paid reasonably fair wages and support sustainable cocoa farming.

If you prefer to drink your chocolate, rather than eat it, that’s fine. A cup of hot chocolate can have the same effect as eating a few squares of dark chocolate and if you make it strong and hold back on sugar, it can even be more potent than solid chocolate. For that reason, it’s best to use plain cocoa powder rather than pre-made mixtures as those often contain more sugar than cocoa.

Chocolate all the way

The popular excuse to indulge in chocolate is that it’s healthy and that’s not wrong! Chocolate is a delicious and healthy treat, boosts your iron and magnesium intake and makes you feel good. That isn’t necessarily true of the highly-marketed, popular milk chocolates with their low cocoa and high sugar and fat content.

A Vegan’s Guide to Chocolate 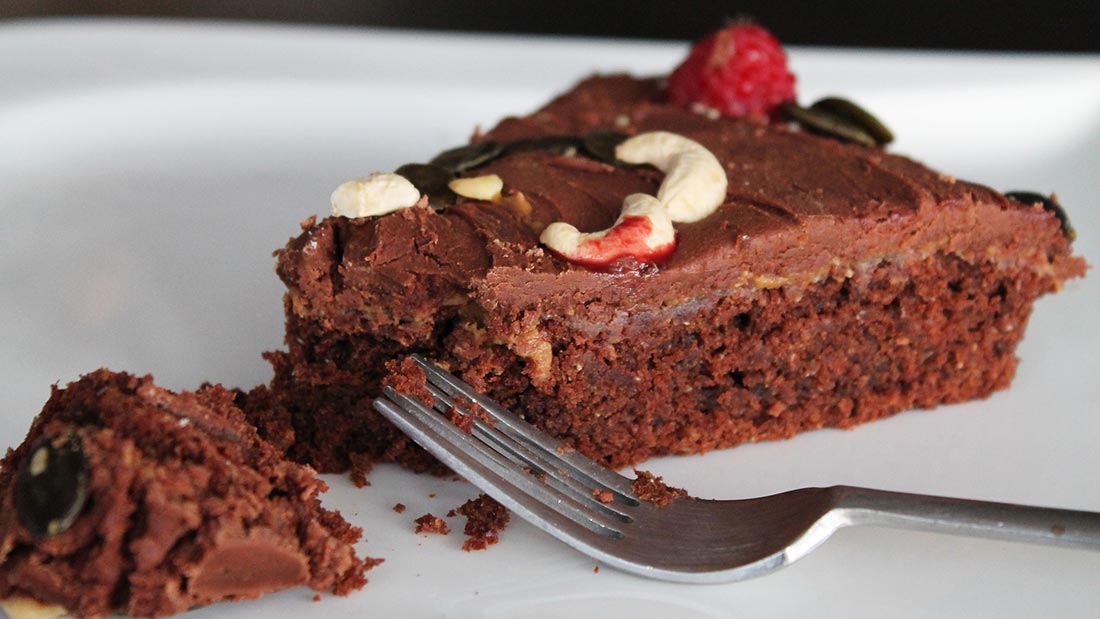 About the author
Roger Penarroya 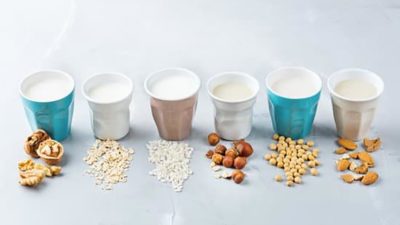 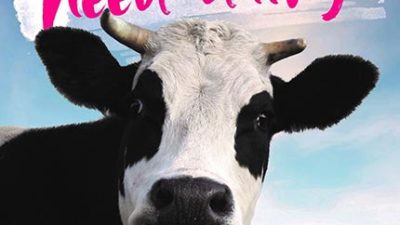 Why You Don’t Need Dairy 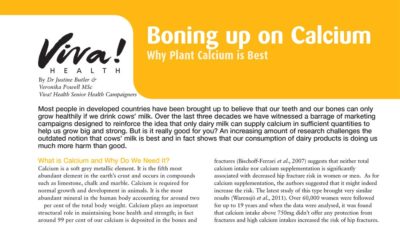 Boning Up On Calcium Factsheet