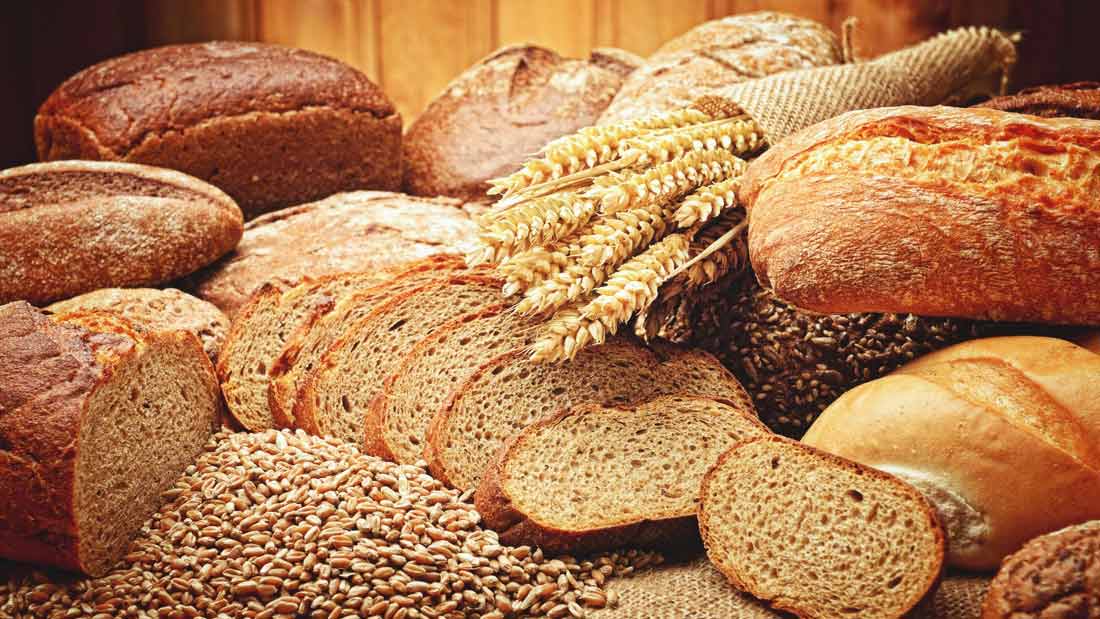 If there’s one food almost all cultures enjoy, it’s bread. It takes many different shapes and forms across the world but its popularity is universal. And because there are so many different types of bread, they also vary widely in their health effects.

What do all breads have in common?

Actually, not much. Most breads are made from some type of flour and water and the rest varies. Bread can be leavened with yeast, bacteria, baking powder or not at all. We tend to think about bread in loaves and rolls but let’s not forget the numerous types of flat breads such as pitta, chapatti, naan or tortilla.

Even though other types of grain are often used for bread-making, wheat is by far the most common one. It’s because it contains gluten, a type of protein that gives bread dough its elasticity and springiness. Wheat gluten contains all nine essential amino acids and so is a good source of protein – but it has slightly less of one of them – lysine. However, since we rarely eat just dry bread, we add lysine to our diet with other foods.

White bread is the cheapest and most popular type of bread. It’s made from refined flour, water, yeast and usually some additives – in the UK, white bread flour has to be fortified with several vitamins and minerals to make up for its inferior nutritional value. Currently, all refined (white) wheat bread flour has calcium, iron, niacin (vitamin B3) and thiamine (vitamin B1) added to it and soon, it will also have folic acid (vitamin B9).

When wheat grains are processed to make white flour, they are stripped of their outer layers, called bran, and also of the nutritious germ inside. As a result, only the starchy middle part remains and that consists mainly of carbohydrates and some gluten. The grains are then finely milled to make flour and the resulting flour particles are so tiny that when you eat bread, your body rapidly absorbs them. This means you get fast energy from this ‘carb-rush’, a little bit of protein but not much else and you’ll be hungry again soon.

True wholemeal bread should be made mostly from wholemeal flour making it different from brown bread that’s been dyed to achieve the darker colour or from white bread with grains or seeds added to it.

Wholemeal flour is made from whole wheat grains that still have their bran and germ – that means it contains the same starchy carbohydrates as white flour but also more protein, fibre, vitamins and minerals. That’s why there’s no mandatory fortification of wholemeal flour. It’s naturally nutritious and can greatly contribute to your fibre and protein intake while also supplying several B vitamins, vitamin E and small amounts of vital minerals, such as calcium, iron, selenium and zinc. Thanks to all the fibre, you digest it more slowly and get a gradual energy release so you’re not hungry again within the hour.

Rye bread can be made from rye flour only or rye combined with wheat flour or rye grains. Although rye is naturally darker in colour than wheat, sometimes molasses or other darkening ingredients are used to make the bread even darker – darker doesn’t mean better! Rye flour may be refined or wholemeal and as you may have guessed, it’s healthier to choose the wholemeal variety. To make the bread rise, yeast is used but because rye contains less gluten, it produces smaller bubbles resulting in the typical denser texture of rye bread.

We digest rye slower than wheat so it gives you slower energy release and also contains more B vitamins, iron, manganese and selenium than wheat bread.

This is a wide bread category that usually includes white bread that has had various grains and seeds added. It may be called multigrain, seeded, granary or something similar but unless it’s specified as wholemeal multigrain, it’s just a little better than white bread.

Sourdough is a whole different approach to bread-making – it’s made using long fermentation of bread dough with naturally occurring bacteria and yeast. Some of these bacteria produce lactic acid which gives the dough its slight acidic taste and that’s why it’s called sourdough.

Fermentation reduces the amount of phytates, naturally occurring components of grains that somewhat hinder the absorption of some minerals, such as iron or calcium. So you absorb slightly more of these minerals from sourdough bread and the bacteria and yeast also increase its B vitamin content (although not B12). Sourdough bread can therefore be considered healthier than regular bread but wholemeal sourdough is always better for you than white.

These types of bread are made from whole grains that have started to sprout. When grains sprout, they undergo a multitude of changes that increase the availability of vitamins and minerals and decrease their carbohydrate content. So, sprouted grain breads don’t raise your blood sugar so much. They do, however, contain more protein and fibre than most other types of bread. In a nutshell, it means they are super healthy but they usually come with a hefty price tag.

Gluten-free breads are made from various non-wheat flours such as rice, corn, millet, buckwheat and starches. Often, other ingredients are used to improve the consistency, such as eggs, so always check the ingredients. It’s difficult to generalise about gluten-free bread because there are so many different types but a quick scan of the nutritional value table on the packaging should serve as a good guide.

What type of bread is best?

Any type of wholemeal bread is best. Sourdough wholemeal, rye wholemeal or sprouted grain breads are excellent choices but not within everyone’s budget. Ordinary wholemeal bread is available in most shops and always a great choice. The same applies to wholemeal flatbreads, such as pitta or tortilla – you can enjoy them daily as a part of a healthy diet! 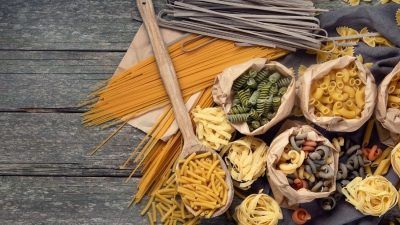 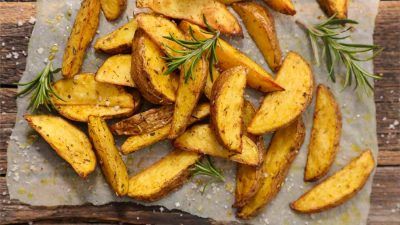 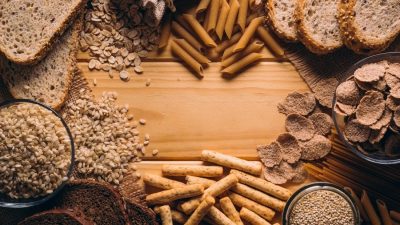