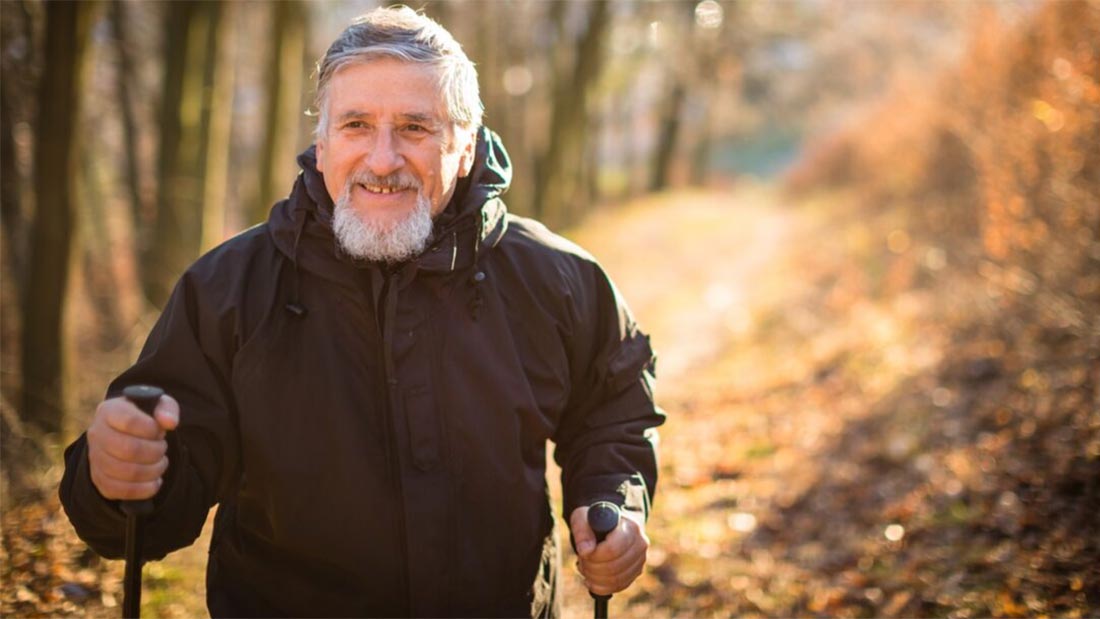 What is Chronic Obstructive Pulmonary Disease?

Chronic obstructive pulmonary disease (COPD) is the generic name for a cluster of lung diseases including chronic bronchitis, emphysema and chronic obstructive airways disease. People with COPD have difficulties breathing, primarily due to the narrowing of their airways and the condition progressively worsens over time. Chronic bronchitis is inflammation of the air passages with airflow obstruction and causes a long-term cough with mucus. Emphysema is a condition causing destruction of the lung tissue.

Varraso et al. (2015) analysed data from a large study of over 120,000 people in order to study the effect of diet on the risk of COPD. There was a significant negative association between the risk of COPD and a healthy diet. People eating the healthiest diet (based on wholegrains, fruit and vegetables, nuts and seeds, pulses and low in red and processed meats, refined grains and sugary drinks) had 33 per cent lower risk of developing COPD.

When the association between diet and COPD was studied in a UK population, diets rich in fruit, vegetables, polyunsaturated fats and wholegrains were shown to convey protection against impaired lung function and COPD (Shaheen et al., 2010).

Similar results were found when COPD and lung function were studied in relation to fibre intake (Kan et al., 2008). The researchers found that lung function is significantly better in people with the highest intake of fibre in general (from all plant sources combined) and particularly with cereal and fruit fibre. The higher the intake of these foods, the lower the risk of COPD. The authors suggested the protective effect of fibre on lung health is probably due to the anti-inflammatory and antioxidant properties of fibre.

A plant-based diet can also help manage the condition in people who suffer from COPD and reduce the risk of premature death. Almost 3,000 men from across Europe with COPD were followed for 20 years and at the end of the study all the data were analysed (Walda et al., 2002). High fruit and vitamin E intake significantly reduced mortality risk. More specifically, a 100g increase in daily fruit intake was associated with a 24 per cent lower COPD mortality risk. For vitamin E, a 5 mg increase in daily intake reduced the risk by 23 per cent. A vegan diet is naturally rich in vitamin E as all main food sources of this vitamin are of plant origin.

These results are supported by an earlier study of diet and lung function of British men (Butland et al., 2000). The researchers measured middle-aged men’s lung function and analysed their diets over the period of five years. Good lung function was linked to high intakes of vitamin C, vitamin E, β-carotene, citrus fruits, apples and fruit juice.

All the studies above and more show that plant-based foods rich in antioxidants and fibre have a beneficial effect on lung health and can prevent COPD.