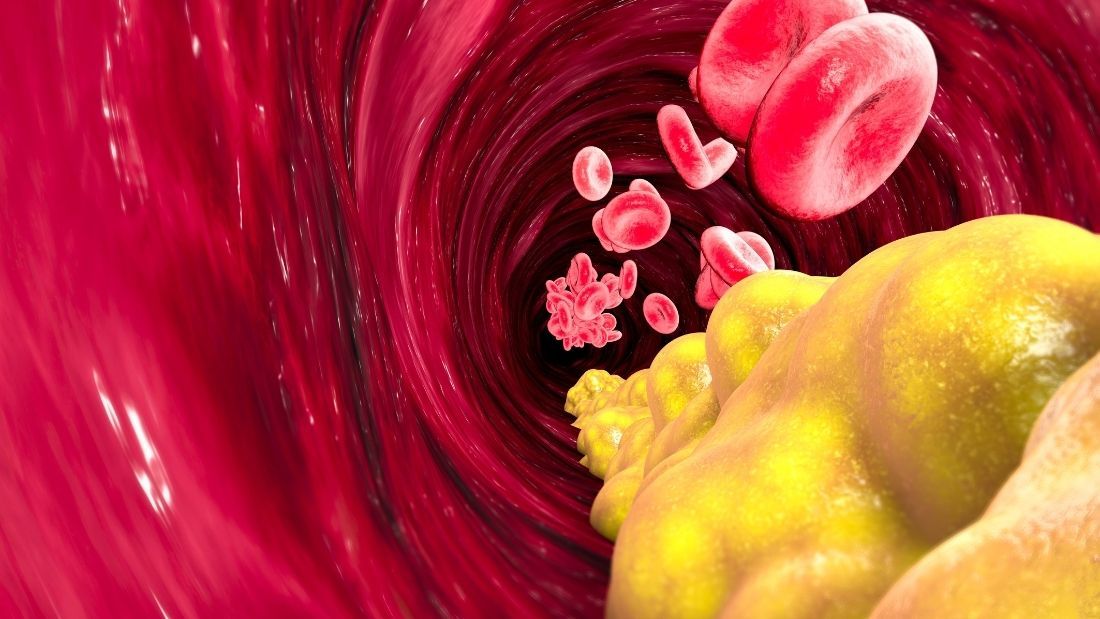 Cholesterol is a type of fat made by the liver and present in every cell in an animal’s body, including humans. Cholesterol is only found in foods of animal origin – meat, dairy, eggs, fish, shrimps, prawns and shellfish – and is particularly concentrated in organ meats and eggs. Plant foods contain none. Even high-fat plant foods (such as avocados, nuts and seeds), contain no cholesterol whatsoever, so a vegan diet is cholesterol-free.

As our liver makes all the cholesterol we need there is no dietary need for cholesterol at all.

However, it’s not just cholesterol in the diet that increases our blood cholesterol levels. Saturated fats and trans (hydrogenated) fats are a major contributor as the liver turns these into cholesterol. There is no mechanism limiting the amount of cholesterol produced by the liver and it can rise to unhealthy levels.

In the UK, it is recommended that people reduce their cholesterol levels down to 5.0 (mmol/l) even though the level to avoid heart attacks entirely is 3.9.

Research shows that replacing saturated fat in the diet with polyunsaturated fat is more effective in lowering cholesterol than reducing the total amount of fat in the diet. This means replacing meat, dairy and eggs with wholegrains, pulses, fruit, vegetables, nuts and seeds. Vegans have the lowest cholesterol levels and always come on top (ie are at the lowest risk) in studies comparing the effect of various diets on the risk of heart disease.

Read more about the prevention and treatment of heart disease through diet.

See detailed information on the links between diet and heart disease.

And see our Nutrition News on the topic.