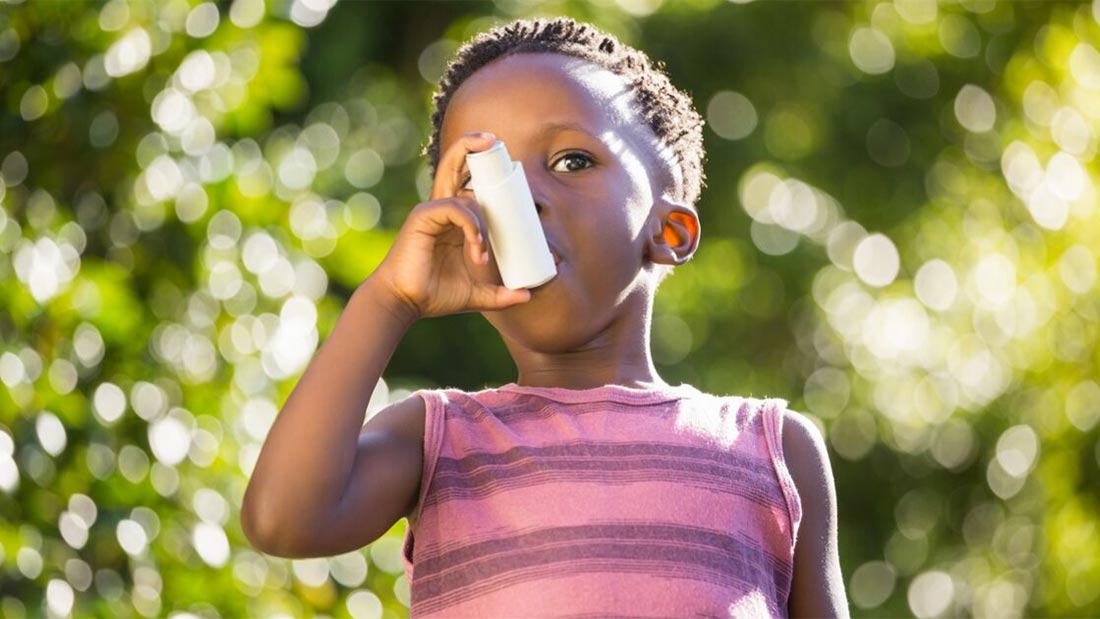 Asthma is a respiratory condition characterised by attacks of spasms in the airways, which causes difficulty in breathing, wheezing, chest-tightness and breathlessness. The condition also causes inflammation of the airways. The attacks are usually triggered by allergens or chemicals and diet can play an important role.

The number of people with asthma has risen steeply since the 1970s when just one child in 50 had asthma. Now, one in every 12 adults and one in every 11 children in the UK are affected.

Allergies like asthma and eczema tend to run in families which suggests a genetic predisposition (sometimes also called genetic susceptibility) may be partly responsible. It has been suggested that because we live in such a clean and sanitised world, our immune systems are not being challenged enough by dirt and bugs so when a challenge does come along, in the form of dust mites for example, our immune systems overreact and the result is asthma. Children who are allergic to certain foods are more likely to have asthma or eczema and an allergic reaction to food can trigger asthma in some children.

Research shows that a high intake of fruit and vegetables can not only help prevent but also treat asthma. On the other hand, dairy foods, processed meat and saturated fats in general have been linked to an increased risk of asthma and poorer asthma management in people who already have the condition.

Dietary modifications have been shown to reduce the frequency or severity of the attacks. Although there aren’t any studies of vegan diets and asthma, there is evidence that a diet based on plant foods and rich in fruit and vegetables can be very beneficial to asthma sufferers:

In conclusion, fruit and vegetables consistently prove to be beneficial in asthma prevention and treatment, whilst animal foods have been found to be linked to an increased risk of asthma and to poorer asthma management.

In my late thirties I began to get wheezy and chesty. I also had a near-constant cold. I was prescribed a brown ‘preventer’ inhaler and a blue ‘reliever’ inhaler, both of which I used regularly.

I always considered myself to be fit; I had run regularly during my twenties, a few injuries and niggles meant that I slowed down in my thirties but I still hiked, walked the dogs, etc., and so thought I was quite active. My wife and I had been vegetarian for years then but she made the decision to go vegan. I’ll admit that I wasn’t very supportive initially, I didn’t understand veganism and why she wanted to do something so ‘extreme’.

She didn’t try to influence me, knowing that it would likely have the opposite effect, but I ate all of the meals she cooked and so my dairy intake naturally decreased. I also glanced at the odd Viva!life magazine strategically placed around the house. I then came across a series of books about long-distance running Born To Run by Christopher McDougall, Eat & Run by Scott Jurek, and Finding Ultra by Rich Roll. Suddenly a vegan diet wouldn’t just allow me to run; it would help me to run.

Everything quickly came together – an understanding of the animal ethics, an understanding of the environmental impact I was still having, the happy realisation that far from having a restricted diet we were eating better food than we had in years, and the knowledge that this could all support me to get back to running. That was three years ago. I started slow, one mile – three miles – five miles, a 10k. After a year I was doing half marathon distances. In April this year I ran the Paris marathon with my wife (her first marathon and she couldn’t run a mile the previous year), in May I ran the Classic Quarter in Cornwall – 44 miles around the hilly coastal path. I have just signed up for the Transvulcania ultramarathon – a 74km run with a 8028m accumulated elevation. My goal is to eventually run the 170km Ultra-Trail Du Mont-Blanc.

I haven’t used my inhalers at all since around six months after becoming vegan! I don’t consider myself to have asthma any more.