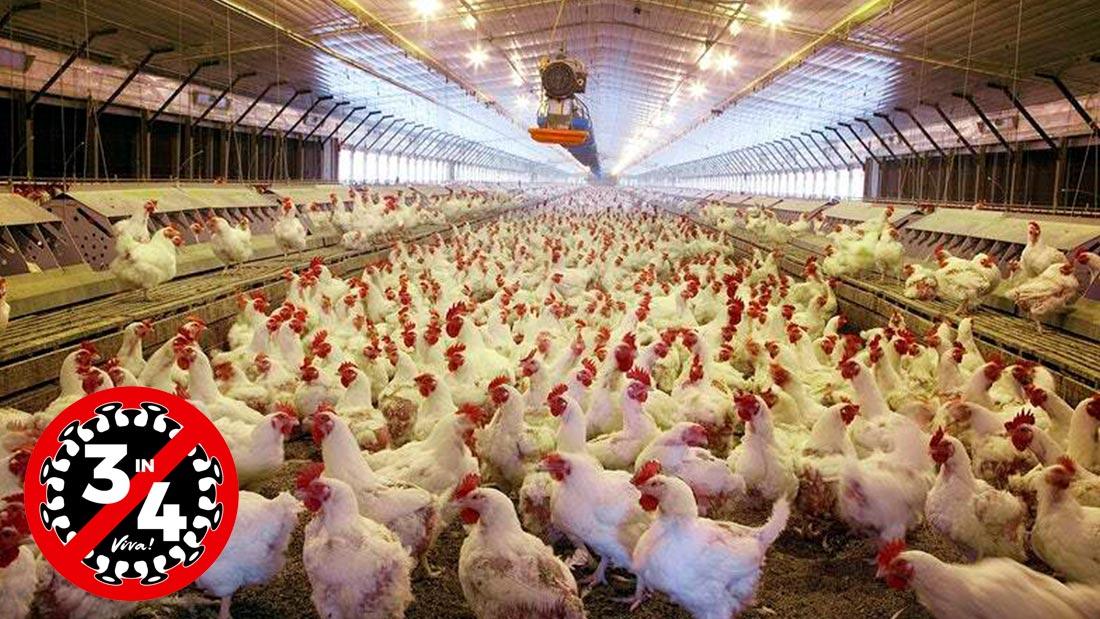 WE’VE been here before.

In the mid-19th Century German pathologist Rudolf Virchow was the first to discover infectious diseases can be transmitted between animals and humans – coining the term “zoonoses” in 1855.

A century later in August 1958, the World Health Organisation Expert Committee on Zoonoses met at the Karolinska Institute in Stockholm. The outcome of the meeting was a stark warning: the prevention, control, and eradication of these diseases were “responsibilities of considerable magnitude in every country”.

Fast forward to today and the world is in the grips of the worst global pandemic for generations. COVID-19 – like SARS, bird flu, swine flu and Ebola – originated in animals.

Three in four of the world’s new or emerging infectious diseases are zoonotic. 1 These diseases are responsible for some 2.7 million deaths per year 2 and are largely transmitted through the wildlife trade and factory farming. Despite knowing the dangers for over 150 years, we continue to put ourselves at risk of devastating outbreaks.

Cramming animals together in markets and subjecting them to intensive farming practices creates a breeding ground for disease. Today some 90 per cent of all farmed animals across the world are kept in factory farms 3 where infections can spread with ease between animals, mutate and become infectious to humans.

As our excessive demand for meat and animal products grows, we destroy ever more wildernesses for animal fodder and grazing, bringing wildlife into closer contact with people. And we put ourselves at greater risk. This is no longer just a matter of animal welfare, it’s a global public health crisis too.

The coronavirus pandemic has inspired thousands to speak up against the unregulated movement of wild animals, ignited calls for stricter controls at airports and brought global attention to the barbaric cruelty of wet markets, all in a bid to prevent future outbreaks. But the most impactful solution is to stop the spread of these diseases at their source by putting an end to our consumption of meat and dairy.

Taking this simple action will allow animals to live at safe, comfortable distances from one another, reducing the spread of disease. Intervention from people will be minimal, dramatically reducing the potential for animal-to-human transmission. Ultimately millions of lives could be saved.
There will be countless lessons from the outbreak of the coronavirus. It has brought out the best and worst in people. It has shown us how nature can flourish in the absence of humans. It has offered a glimpse of how we could unite as a global community to tackle the environmental crisis.

But the most important lesson doesn’t stem from this outbreak alone. It’s the culmination of our history blighted by preventable outbreaks of lethal diseases spread from animals to humans, and our collective decision not to act.

We’ve known the risks for almost two centuries. Too many lives have been lost. The solution is at our fingertips: it’s time to go vegan now.