« Back to Team Viva!
Current Heroes
Scroll up
On this pageOn this page 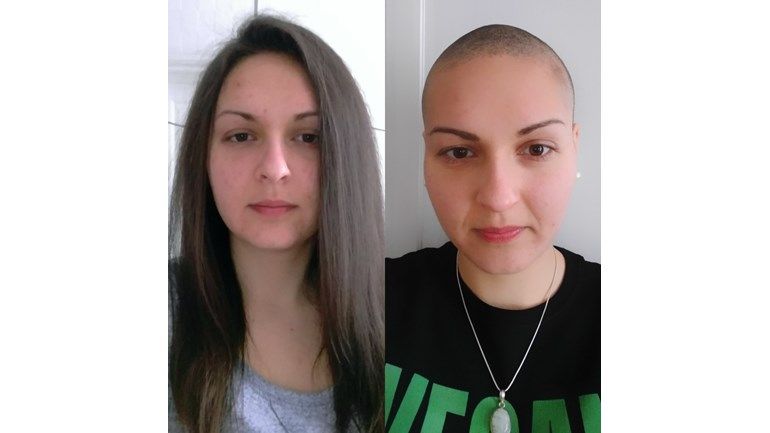 “On the 24th of February, I’m shaving all of my hair off in order to celebrate my first year being vegan and I wanted to give something back in the process.

I also wanted to step out of my comfort zone and do something a little wacky. 🙂

After discovering such an amazing organization as Viva! fighting for the same cause since I’ve been on this Earth (Viva! was founded in 1994 the same year as I was born which is crazy to think about.)

I realized the World sorely needs a change of attitude towards animals, life and people and it is charities like Viva! that do invaluable work towards that goal.

This time a year ago I attended at Viva’s vegan festival in Cardiff as a greenhorn vegan. I’ve gained a lot of information and tried many different vegan foods which I never heard about.

Becoming vegan really did change my life. I guess it is not too much to say that becoming and being changes the fundamental meaning of things in my life. It was the trigger to start questioning other aspects my life and the lives of others. My general health is better as a result and that is something I want to share with others. I could go on and on about the benefits I’ve gained from the plant-based diet including more energy, mental clarity, better mood and weight loss.

Needless to say, I want to contribute to the entire process of raising awareness and helping others because these issues are close to my heart.

I’m looking at the head shave symbolically as a ‘fresh’ start and hope to inspire others to consider the importance of being vegan for the welfare of animals, humans and the whole planet.

Thank you in advance for your donations to Viva!”