Why We Still Need Vegan Activism 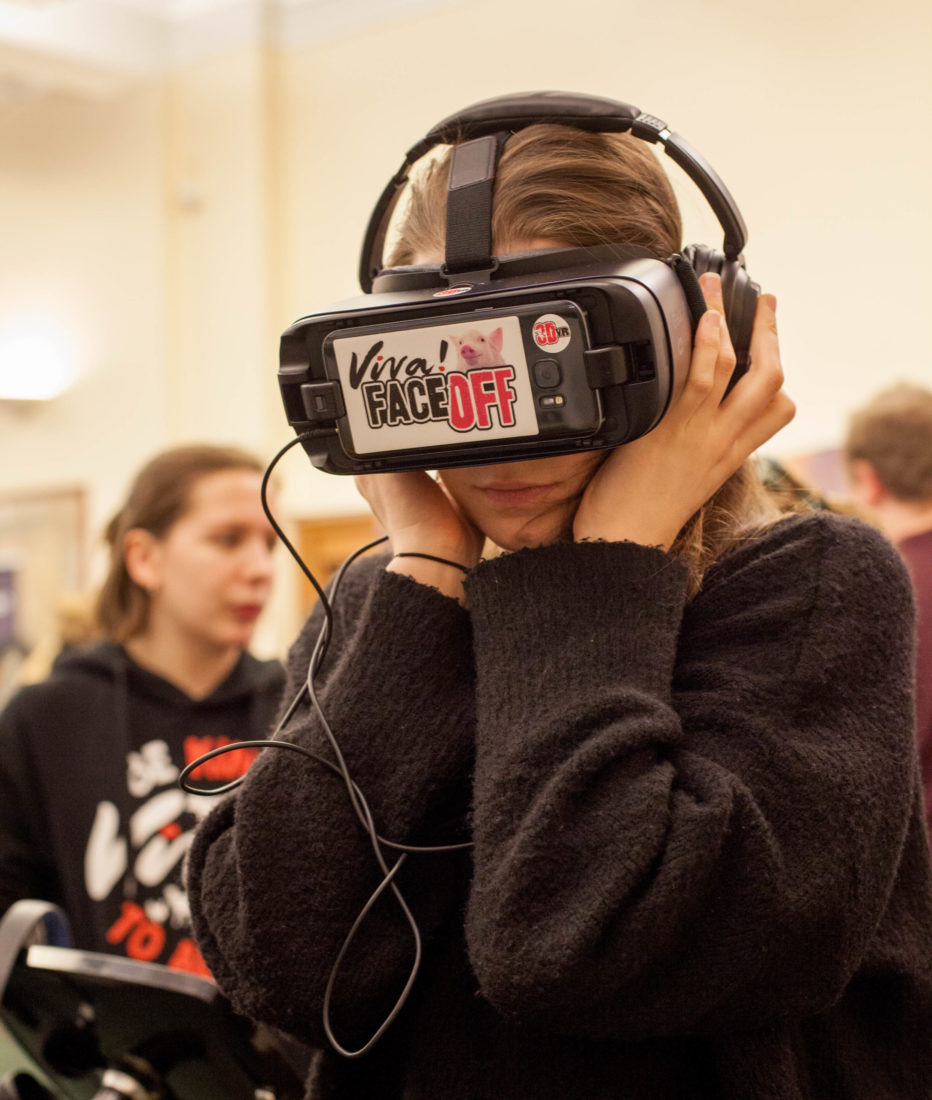 When I became vegan in 2011, I was lucky if a restaurant even knew what a vegan was, let alone had anything on the menu for me. The word vegan was met with confusion – sometimes even suspicion, as though I were a member of some dastardly cult, just waiting to steal the flowerpots from your garden, or do something inappropriate with soya beans.

But those days are long gone, and nowadays, in 2019, it’s hard even to remember such a time. Supermarkets are crammed with vegan delights, towns and cities across the UK are growing in their number of all-vegan restaurants, cafes, and even pubs are joining in.

Britain Has Never Been So Vegan!

And that’s exactly why it is so easy to become complacent as a vegan in the UK. We keep hearing things like ‘veganism’s boomed by 700% in the last two years, it’s here to stay and it’s doing really well’. And it is doing well, considering the morbid scene of 2011 I painted for you just above. The fact that it has turned from a word almost nobody understood a decade ago into what it is today is fantastic, there’s no doubt about it.

However. It has grown massively in relative terms, but only because it was almost nothing just a decade ago. We still live in a country where over a billion animals are killed every single year. A country where almost 100,000 male calves are shot within 48 hours of being born just so that people can continue consuming milk, butter and cheese. A country where animals are castrated, debeaked, kept in cages, taken from their mothers, and hung upside down and slaughtered on a daily basis. A country where all of the above cruelties are Red Tractor approved legal procedures. This is not a country where we can think to ourselves that veganism is a done deal, and where we can sit back and we’ll have a vegan Britain in no time.

Yes, it’s great that Gregg’s has a vegan sausage roll, and it’s great that it’s been so popular. Nobody would have suspected Gregg’s to offer such a product even five years ago, and so vegans are right to celebrate a little on that one. But the vast majority of Gregg’s products is still dead animals, and the vast majority of Gregg’s customers still buy these dead animals. That’s what veganism is like in the country as a whole. Popular, yes. Growing in popularity? Yes. But it’s still a tiny proportion of the country, and unjustifiable suffering is still going on in that Gregg’s shop, and in Britain as a whole. We shouldn’t look to this one small product and think the job’s done while such suffering still surrounds us.

Extended analogy over. This is not to say ‘veganism is actually really insignificant, we might as well give up’. Absolutely not! Instead, this should be a wake-up call for all the vegans out there who are able to be a vocal voice for the billion victims in the UK alone every year. There are many ways to get involved in helping the calf separated from his mum, the male chicks who are gassed or macerated simply because they don’t produce eggs, or the mother pigs who are kept in cages for weeks at a time and go through the same hell over and over again.

What Can I Do About It?

Join Viva!’s Street Action Network to keep up-to-date with all of our upcoming events and find out how you can volunteer. There are plenty of ways in which you can get involved, and Viva! can supply you with our materials, knowledge, and products to help you get involved and help more animals out of misery. We also run events across the country which would be impossible without the help of volunteers, and you can email info@viva.org.uk for more information on how you can get involved.

Why Should I Do Activism?

Veganism is on the rise, and we should recognise the great achievements the movement has made so far. And yes, it can be scary going out on the street and talking to people about animals. It can be tiring to volunteer on a Sunday morning when you’d much rather be in bed. It can be annoying when it rains, or chilly in winter. I’ve gone through all those feelings, and sometimes thought ‘do I really need to be out here?’.

But then I think of how truly insignificant the ‘pain’ of volunteering is in comparison to the horrific, standard practices which animals endure every day. I also think of all the great conversations I’ve had with people, and I'm constantly surprised and touched by how much people do care about animals and the planet when they learn the truth. Moreover, it can be isolating to be the only vegan in your friendship group or to lack the support of a vegan friend. Unsurprisingly, volunteering with Viva! results in meeting fellow vegans! And there are few things quite as exhilarating as vegan marches, such as the June 15 March in Bristol or Cardiff’s March, July 6, or the London March August 17.

Looking to the Future

Volunteering and activism can be a blessing for the animals, for yourself, and for the planet. As I write this and as you read this, millions of animals are screaming in pain behind closed walls. We can’t just leave such suffering alone and hope it somehow stops one day. The animal industries might seem an insurmountable obstacle right now, but let’s take the momentum veganism has enjoyed over the past 10 years and let’s keep on fighting for the animals and our world. Whether we’re campaigning to end factory farming, creating delicious vegan recipes or discussing vegan health, sign up for our email updates here and we’ll let you know what Viva!’s up to, and how you can get involved.

Article by Will Sorflaten – one of Viva!'s campaigners. Will has been vegan for nearly ten years, and is committed to making the world a kinder, more sustainable place through veganism. Will has a degree in English Literature from Cambridge University, and works on Viva!'s campaigns, focusing in particular on expanding collaboration on university campuses.