Viva! Reveals Billboards Asking People ‘When Did You Last Kill an Animal?’ 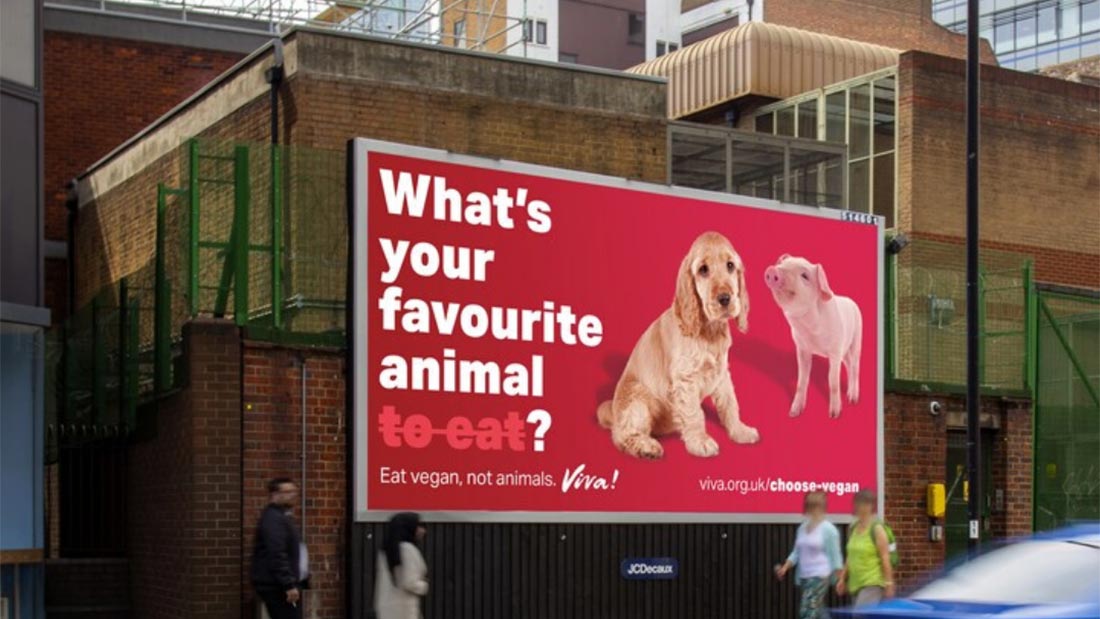 Viva!’s billboard campaign has gone viral!  Our social media has been going crazy with really positive feedback from vegans and non-vegans alike. Juliet Gellatley, Viva!’s founder and director, carried out back-to-back interviews on March 17 across seven East Midlands radio stations promoting the campaign and discussing the countless benefits of veganism, particularly in the current climate.

Watch this space for more information on the campaign!

Our new billboards asking people to question their food choices and choose vegan will appear in Nottingham, Leicester, Northampton Derby, Beeston, Heanor, Hinckley and Grantham on huge billboards and bus stops from today until April.

All too often, people choose to buy animal products without making the connection to the animal who has suffered and been killed in order to be on their plate. But with over a billion animals being slaughtered in the UK alone in 2018, and the vast majority of farmed animals being raised on factory farms, it’s time to confront the uncomfortable hypocrisy that we love some animals and condemn others to a life of suffering.

After testing out different messaging on meat eaters, we found the direct approach of asking the questions so many choose to ignore were the most effective. We’ve placed the billboards in bus stops where people have time to absorb the message and on gigantic, provocative sites with a huge footfall.

We’re also asking the public to share the billboards on social media using the hashtags #ChooseVeganBillboards and #FavouriteAnimal. 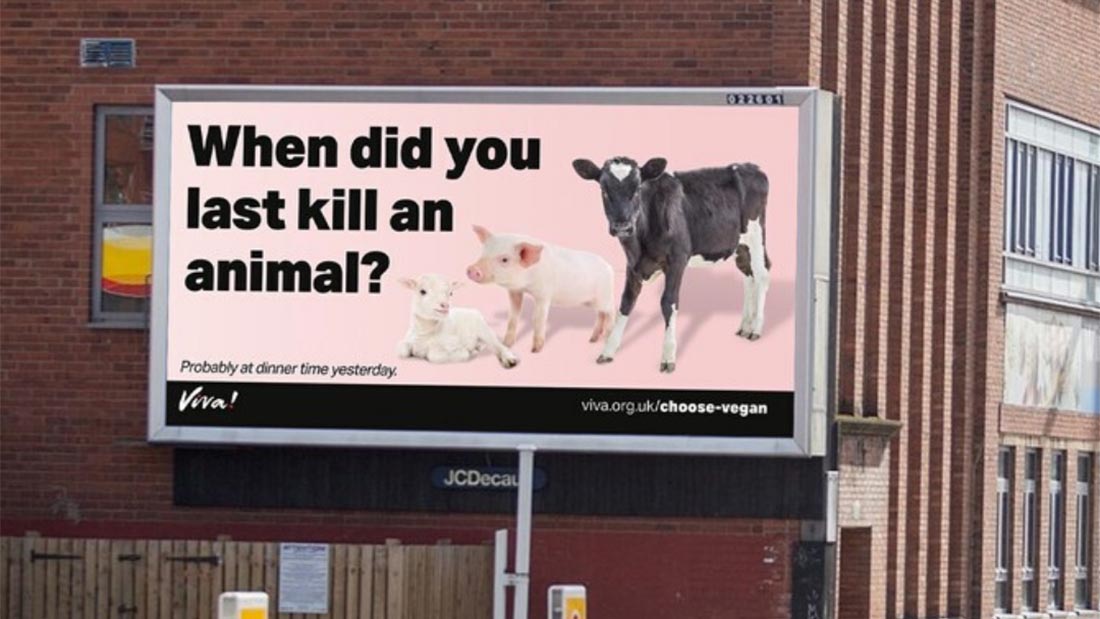 Juliet Gellatley, Viva!’s Founder and Director explains: “Veganism has exploded and today it is more popular than ever. However, despite this surge in popularity, many people are still unaware that the neatly packaged animal products on supermarket shelves come from factory farms where animals are kept in shocking conditions. We’re constantly told that the UK has the highest animal welfare standards in the world, but this just isn’t true.

In 2018, over one billion animals were slaughtered for the food industry in the UK, most of which were factory farmed. Factory farmed animals are kept in cramped and squalid conditions, pumped full of antibiotics to minimise diseases created by such unnatural conditions.

Viva! are using these billboards to capture the public’s attention and raise the intriguing question of why we love certain animals yet eat others. Britain is a nation of animal lovers and over 50 per cent of the population has a companion animal. We’re hopeful that this campaign will resonate with these people and encourage them to choose vegan.”

Luckily, it’s never been easier to go vegan with so many vegan options now available in supermarkets and restaurants. If you’re looking to go vegan, our 30 Day Vegan app is the perfect way to start your vegan journey. You can also find more information on going vegan here.

Want to get involved in Viva! activism? We’ll be running a street action event in Nottingham on Saturday 14 March. Email tayana@viva.org.uk if you would like to come along!