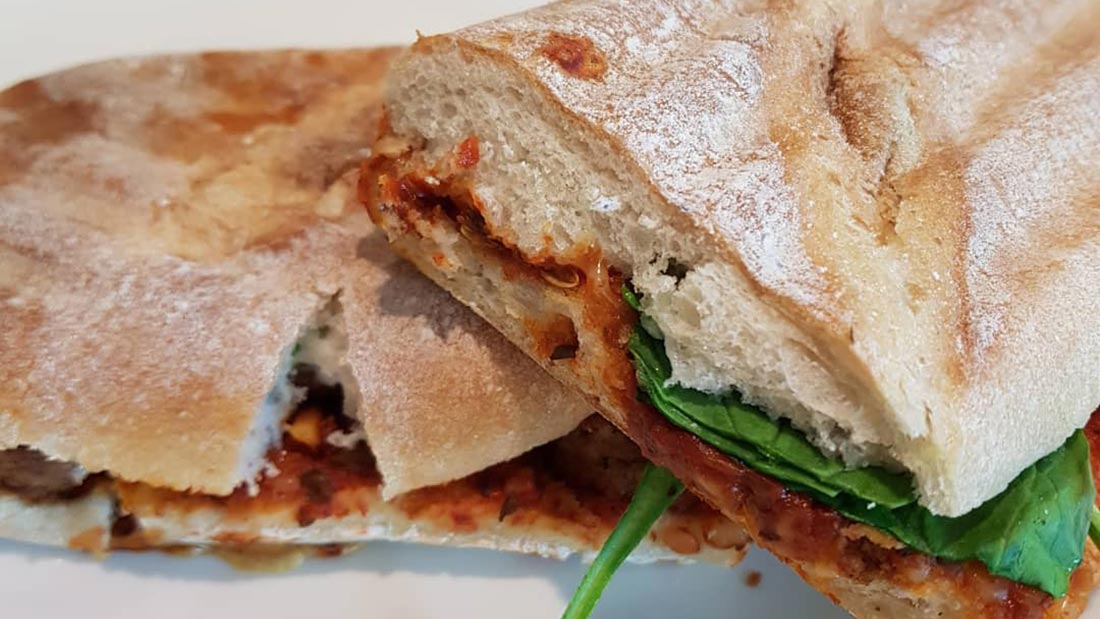 Veganuary is almost over so, of course, we needed to try two of the most talked about launches on British High Streets. Caffé Nero and Subway have both breached new territory this January with their new vegan sandwiches which have a pretty big thing in common – they both have vegan meatballs!

With two new meatless options on the menu, we thought it’d only be fair to see how they compare. So without further ado, here’s everything you need to know about Caffé Nero’s and Subway’s latest additions.

Subway: It looks exactly like a Subway Meatball Marinara – except you can rest easy knowing no animals were harmed in the making. It’s not the prettiest looking meal in the world…actually I wouldn’t even call it ‘rustic’. Honestly, it’s straight up messy; sauce spilling onto the bread, cheese dripping onto the paper. Oh yeah, it’s a Subway Meatball Marinara alright! 3/10

Caffé Nero: It’s got that classic coffee shop chain Panini look – squashed toasted bread glued together with melted cheese so you can barely see what’s inside. The bread has a lovely golden glow after being in the toasty machine and the glimmer of green and red from the sauce and spinach poking out looks super enticing…yum! 7/10

The winner: Caffé Nero’s Vegan Meatball Panini definitely looks nicer than Subway’s Meatless Marinara. It’s neatly presented on a plate compared to Subway’s offering which is roughly thrown together. Of course, you would expect Subway to look rougher round the edges than Caffé Nero so I’m not totally convinced I can deduct points from Subway for this but alas…Caffé Nero is the winner!

Subway: The Meatless Mariana tastes almost exactly how I remember their animal-product version tasting all those years ago! It’s meaty with a decent amount of marinara sauce and melty vegan cheese…junk food heaven! I kept it classic and only added spinach and crispy onions so I could really get a feel for how the meatless balls tasted, but with loads of customisable options available, their new vegan Sub definitely fairs well on the taste factor. 7/10

Caffé Nero: Their Panini has a much more gourmet taste than Subway, with aniseed flavours coming through from the meatballs. It’s really cheesy and the vegan mozzarella melts well. The spinach adds a nice freshness to the sandwich making it a great accompaniment to a coffee and their new vegan cakes! 7/10 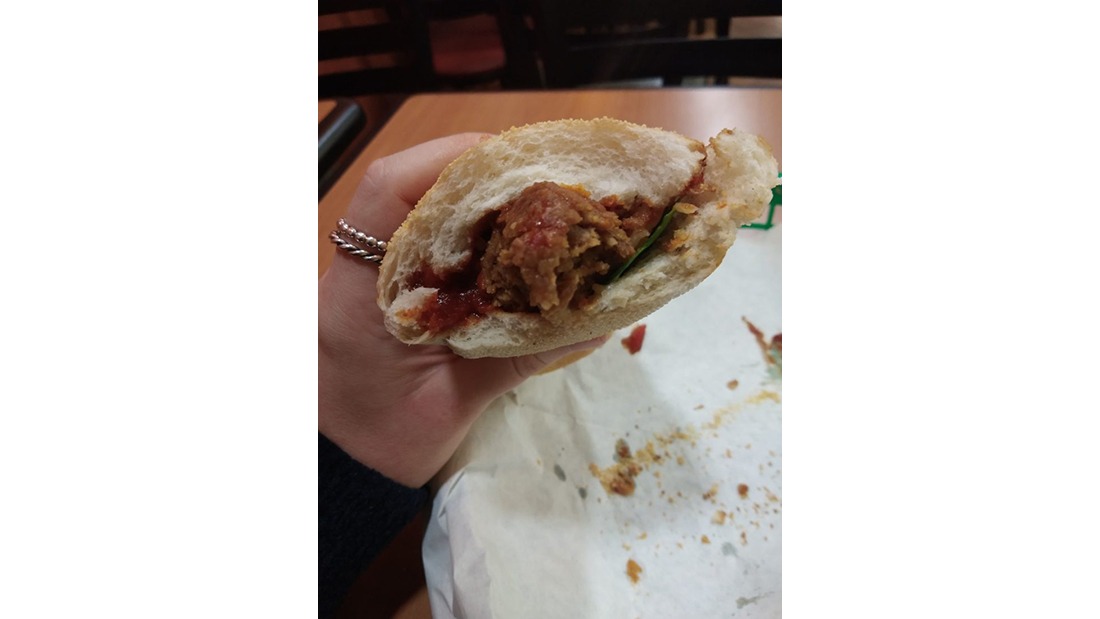 The winner: They’re both equally tasty but in different ways…Subway is more junky and closely replicates the non-vegan version. Caffé Nero is more obviously vegan and while it’s tasty it doesn’t taste like beef meatballs. So take your pick I’d say!

I’d say the Subway Meatless Meatball Marinara does the best job at replicated the meaty version and is more likely to win the tastebuds of people who are trying Veganuary or cutting down on meat. It tastes exactly how I remember Subway’s Meatball Marinara to taste, and I even heard a woman switch her order to the vegan option ‘out of curiosity.’ These are exactly the kind of changes that will help save billions of lives and tackle the climate emergency over the coming years – so I think Subway wins the best overall Veganuary launch!