Home » Blog » Vegans in the House

Vegans in the House 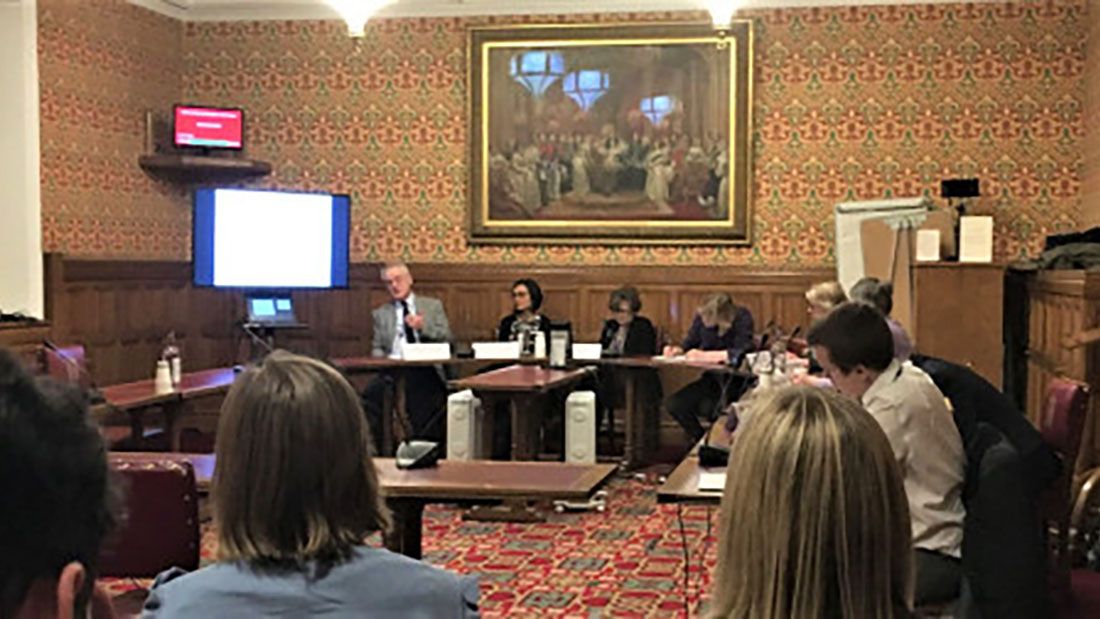 Viva!Health’s Senior Researcher, Dr Justine Butler, went to Westminster this week to attend an all-party parliamentary group (APPG) meeting at the House of Lords. Here’s her account of what happened.

Last night I attended the first meeting of the year for the All Party Parliamentary Food and Health Forum at the House of Lords in London to discuss plant-based diets and health. Vegan diets have become increasingly popular in recent years, but concerns from some quarters suggest that vegans may be missing out on vital nutrients. This provided the background for this meeting.

Guest speakers were Professor Tim Key of Oxford University and Dr Shireen Kassam of the Plant-based Health Professionals Association. Professor Key described some of the many health benefits resulting from switching to a plant-based diet. He talked about last year’s Eat Lancet report which suggests a ‘plant-forward diet’, dominated by wholegrains, fruits, vegetables, nuts and pulses, but not fully vegan. Those following this diet had a 28 per cent lower risk of heart disease and a 60 per cent lower risk of diabetes compared to those following Public Health England’s Eatwell guide – imagine if they’d been fully vegan!

The report also looked at the environmental impacts of different diets and found that greenhouse gas emissions from meat-eaters’ diets were more than double those from a vegan diet.

The evening was peppered with interesting facts and figures. Professor Key said cholesterol levels are generally around 1mmol per litre lower in vegans compared to meat-eaters – you might see a similar difference, he said, following a dose of statins. He expressed caution in some areas, saying for example that vegans need to make sure they include a source of iodine in their diets, but he’s an academic so that’s his job. He did mention that most of the iodine in cow’s milk comes from supplements added to their feed and disinfectant teat washes.

Dr Kassam described some of the many research findings presented at an international conference on plant-based eating held in the UK last autumn – all very reassuring from a vegan perspective, spelling out how a vegan diet can prevent and reverse chronic disease. She reiterated the World Health Organisation’s classification of processed meat as a carcinogen saying that processed meats are implicated in 13 per cent of colon cancers – around 5,000 cases a year in the UK.

She also talked about a new plant-based nutrition course which she helped establish at Winchester University. This is the first university-based course on plant-based nutrition in the UK and has been a long time coming! It is now fully booked until the end of the year. How times have changed!