Home » Blog » Veganism is a Human Rights Issue – Here’s Why

Veganism is a Human Rights Issue – Here’s Why 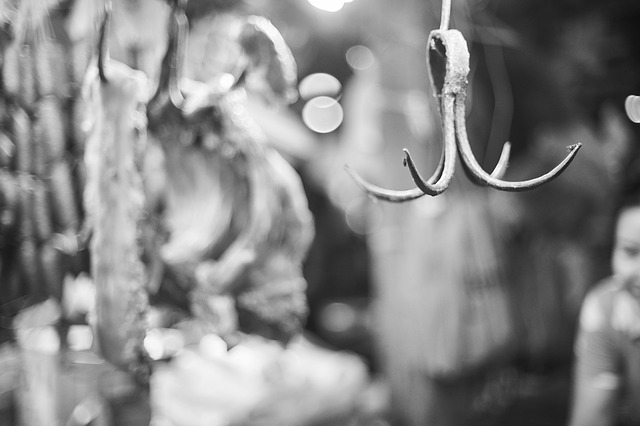 As vegans and animal rights activists our main focus is, of course, fighting for the animals. But it’s also important to remember that human suffering is an intrinsic part of animal agriculture.

If you’ve ever heard, and been frustrated by this common opposition to going vegan: ‘I care more about humans than I do about animals’, some of the arguments below may give you some helpful ammo in your next debate.

So, why is veganism a human rights issue?

Slaughterhouse work has been linked to a variety of disorders including post-traumatic stress disorder (PTSD), and the lesser-known perpetration-induced traumatic stress (PITS).

It has also been connected to higher incidents of domestic violence, as well as alcohol and drug abuse. The traumatic, and often dangerous, nature of the work means that slaughterhouse positions are difficult to fill. As such slaughterhouses often employ some of the most vulnerable members of society. In the UK 69% of the meat-processing workforce are EU migrants. A study by the Gangmasters and Labour Abuse Authority warned that criminal groups were trafficking foreign nationals to the UK to provide labour for the slaughter racket.

Antibiotic use in animal farming poses a potentially catastrophic threat for public health. Factory farms are a breeding ground for disease, and as such rely heavily on antibiotics. Unfortunately antibiotics have also been heavily used as growth promoters to ‘increase productivity’ in the meat industry. In the US, for example, 70 percent of the antibiotics defined as medically important for humans, are sold for use in animals.

This unnecessary overuse of antibiotics could have far-reaching implications for people all over the world. In his chilling 2016 report, Lord Jim O’Neill predicted that: ‘By 2050, 10 million people a year could be dying from infections caused by antibiotic-resistant bugs’. Imagine a world where you could die from something as minor as a cut on your finger!

By now, we’re all aware of the devastating impact that animal agriculture is having on the planet and our future. What is often ignored is how diets of excess in ‘the West’ are affecting the world’s poorest communities right now. So how does eating a beef burger here in the UK, affect a family in the Philippines?

Let’s start with the fact that 1 in 9 people in the world are undernourished, yet we feed ⅓ of all of our cereal harvest to farmed animals. By ‘cutting out the middle-man’ and feeding these crops directly to people, we could feed an additional 4 billion people!

The impact of climate change is already being felt in some of the world’s poorest countries. Recent years have seen massive flooding in India and Bangladesh, whilst severe drought is currently affecting much of sub-saharan Africa, Asia and beyond!

Two billion people are living in countries experiencing high water stress, yet livestock production is responsible for 70% of global freshwater consumption. And we haven’t even begun to talk about the 18% of worldwide carbon emissions produced by animal agriculture – all for products that none of us need to stay healthy, and are in fact, harmful to us!

Finally, but equally critically, animal products have been strongly linked to a long list of health problems and chronic disease. Processed meats have been classified as a class-1 carcinogen by the World Health Organisation (WHO), whilst dairy has been linked to an increased risk of prostate cancer, breast cancer and heart disease.

It’s clear that the negative impacts of animal farming reach far beyond just the animals themselves. They have the potential to affect us all in ways that we can no longer afford to ignore.

You can catch my talk ‘Veganism is a human rights issue too!’ at Viva!’s Vegan Festival in Coventry next Saturday 3rd of August.

For more information on how animal agriculture is impacting on our planet read Viva!’s ‘Envirocidal’ report.

Tayana Simons is one of Viva!’s campaigners. Coming  from a background in journalism, Tayana is passionate about exposing the truth about animal farming, and promoting veganism as a kinder, healthier and more environmental lifestyle.