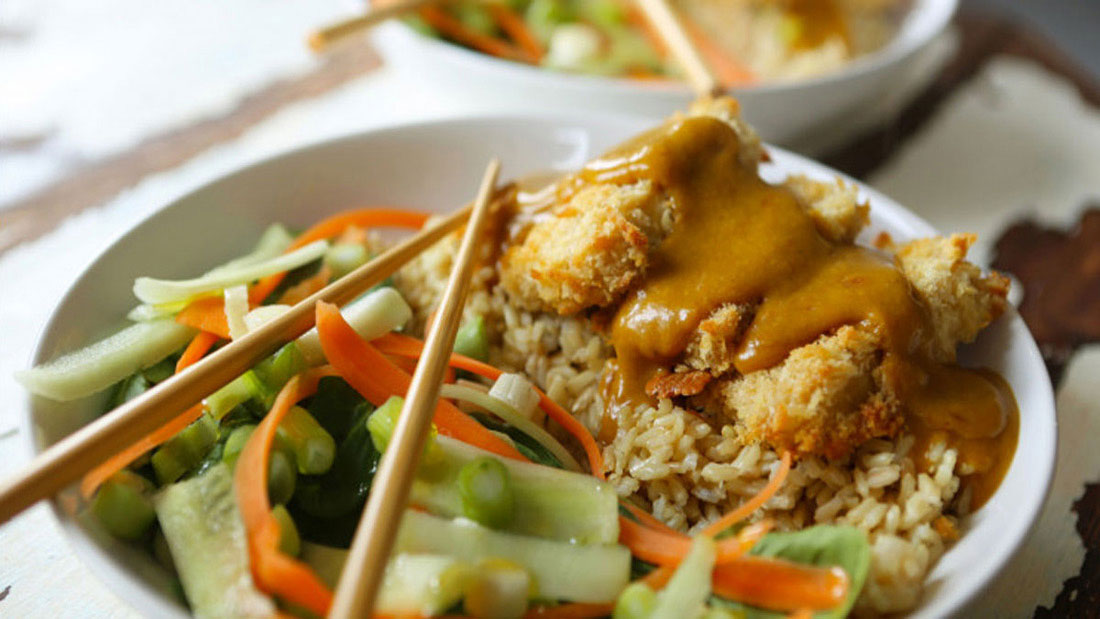 This week’s vegan-bashing article award goes to the Independent who have published an astonishing piece claiming that tofu ‘could’ be worse for the environment than meat – according to farmers! Their arguments are getting increasingly ridiculous as the number of people ditching meat continues to rise.

The story came from a talk given by Dr Graham McAuliffe of the Rothamsted Institute, who spoke at the National Farmers Union this week explaining that his unpublished research on tofu suggests that it could have a more drastic impact on the planet than beef, pork and chicken. His findings, he said, should be interpreted with caution given they were currently just a proof of concept. So, basically meaningless then.

Plant foods have a lower impact

“Without a doubt, peas and ground nuts always have a lower environmental impact than any livestock products” said McAuliffe, “but if you look at tofu, which is processed so there is more energy going into its production, when you correct for the fact that the protein in it is not as digestible compared to the meat-based products, you can see that it could actually have a higher global warming potential than any of the monogastric animals”.

Monogastric animals only have one stomach (the clue is in the name) like us, horses, rabbits, rats, dogs and pigs. Cows are ruminants, they have complex, four-chambered stomachs. So why is beef included in the list of meats that tofu may be worse than? Olivia Petter, who wrote this article, should have looked up ‘monogastric’. Whilst she was at it, she should have read Joseph Poore’s study, which she quoted in her article, saying that cutting meat and dairy products from your diet could reduce an individual’s carbon footprint (from food) by up to 73 per cent. Poore’s study, which attracted much praise from fellow scientists, shows how catastrophic the environmental impact of meat and dairy foods are compared to plant foods – including tofu – see Poore’s graph here or the BBC’s simple diagram here.

Calling tofu a ‘processed food’ and implying it takes a lot of energy to produce is a bit of a stretch – it’s hardly as if to get a burger a cow just hops in between your buns! Tofu is a traditional food made by coagulating soya milk and pressing the curds into a block – a very similar process is used to make cheese in fact; so does the NFU say cheese is a processed food to be avoided for the sake of the environment? That’s what you call an own goal.

Tofu is a low-fat great source of protein and should not be considered an ultra-processed food. If you look at the ingredients of Cauldron Foods tofu for example – who’ve been making tofu in the UK for 40 years – it contains water, soya beans and calcium sulphate (a coagulant which improves the calcium content of tofu). This is not a highly processed food in the same league as bacon, sausages or hot dogs, and it is also not linked – as they all are – to environmental damage and cancer.

Targeting tofu as an environmental villain is ludicrous given that so much of the devastating deforestation in the Amazon is being done to grow soya for animal feed, so that people can eat meat. Much of the soya foods consumed in the UK are made with organic beans sourced from Europe and the US. If you care about the environment, you should ditch meat and eat more tofu!

To find out more about how going vegan can benefit the environment see Viva!’s Envirocidal report.

See here for the recipe for Cheatin’ Tofu Katsu Curry, shown above.