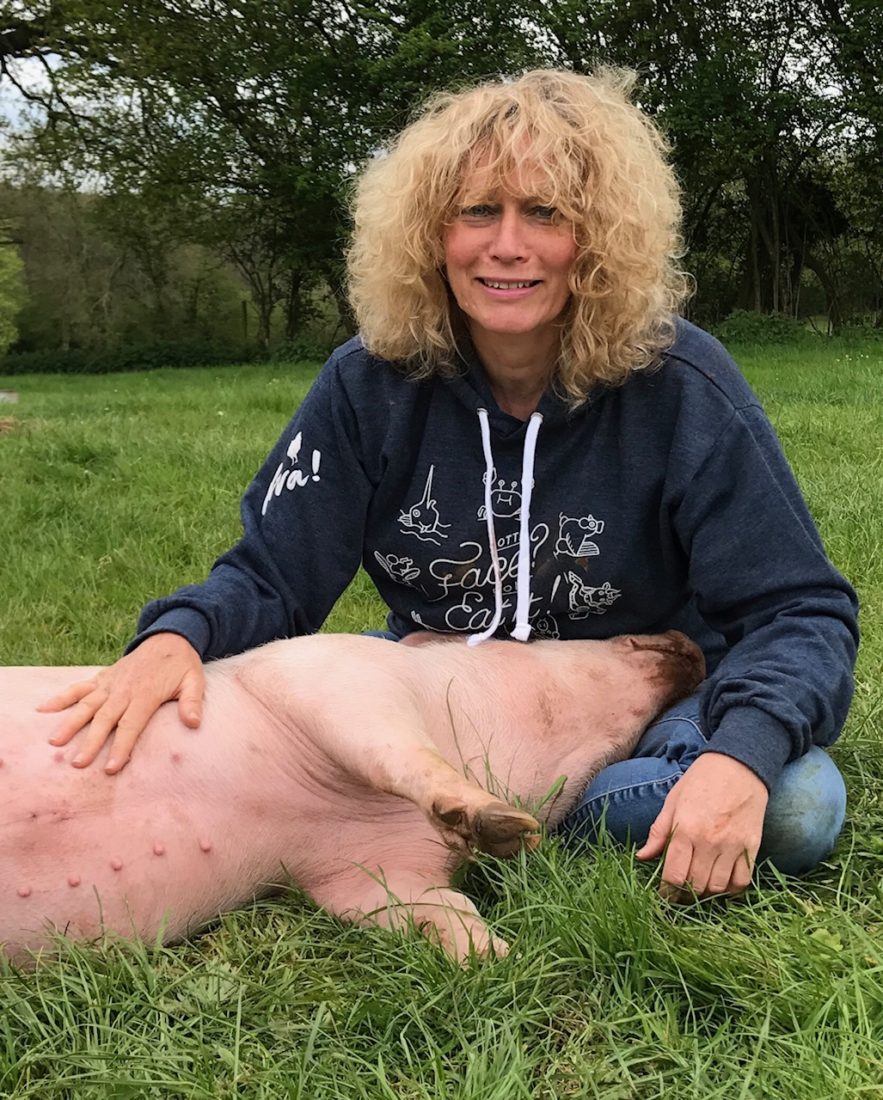 It’s hard to believe but I was the first person in Britain to campaign on vegetarianism. That was 30 years ago. Back then the only option offered on mainstream menus was omelette or, if you were lucky, chilli non carne. I campaigned to expose the tragic truth about factory farming and slaughter, as well as launched the first National Vegetarian Week. It gained mass media coverage and over 10 years, vegetarianism transformed from being belittled to being embraced. The same is now happening with veganism.

Viva! is a vegan campaigning charity. We have reached tens of millions repeatedly with the hard facts about animal agriculture – how it hurts the animals, our health and the planet. Since social media sprang into life our messages have spread even further. It is hard to ignore a picture of a lamb bleating for his mother or a video of pigs being brutally hit.

Reasons to Be Vegan

Factory farming has been largely hidden away, not something the meat industry have wanted to shout about. In fact, they have done all they can to distort the true picture with false scenes of idyll on web sites and food packaging and phoney assurance schemes, such as Red Tractor. However, social media has enabled Viva! and other groups to expose the everyday atrocities that animals endure. And many people are voting with their wallet. Choosing kindness when they shop.

Another major reason that veganism is exploding in popularity is that the need for us to change is becoming more urgent. Our planet is in big, big trouble as the natural world is trashed. Whole ecosystems are being destroyed to provide grazing and fodder for meat and dairy livestock. The wonderful array of animals who called these places home no longer have anywhere to live. They wander in search of what they once had but find nothing. And so we are facing mass extinction because of what we humans eat.

For example, global warming is real, it’s deadly and it’s happening right now! Farming animals for meat and dairy contributes massively, producing 15 per cent of greenhouse gases, more than all the world’s transport combined – cars, buses, trucks, trains, ships and planes. People are waking up. They are taking the most powerful step we can as individuals to save our world – going vegan.

Finally, in the UK the National Health Service is on its knees. Again people are taking back control by preventing chronic disease or reversing it. By changing their diet to wholefood, healthy vegan. A vegan diet reduces the risk of all the major illnesses that we suffer in the UK – diabetes type 2, heart disease, high blood pressure, stroke, Alzheimer’s, some cancers and so on.

How Many Vegans Are There?

Viva! surveyed 3,000 supporters last year. Similar to other food surveys conducted in the UK, Australia and the USA we found that most people went vegan for the animals. The most important reason for going vegan: the wrongness of killing animals (70%), the cruelty of factory farming (52%) and the barbarism of slaughter (44%). Beyond those reasons, protecting the environment is next most important (26% rated this first) followed by health benefits (18%).

Waitrose conducted a OnePoll survey in 2018 of the general population across all socioeconomic and age groups. They found that 13% of the UK are vegetarian (almost 7 million people) or vegan (2.2 million people). And this is relatively new as 60% of vegans changed their diet within the last five years. This is a phenomenal growth rate, from half a million vegans in 2016. The biggest shift though is attitudes from meat eaters towards veganism. Once seen as ‘radical’ or ‘extreme’, veganism is now seen as aspirational, healthy, cool and compassionate. Hence, at least 21 per cent of the population now label themselves ‘flexitarian’ – active meat reducers. One-quarter of the ‘milk’ range in major supermarkets is non-dairy. Food manufacturers, once shy about labelling products as vegan, now splash the word in bright bold colours across their brand. Practically every major restaurant and café chain boasts vegan options – Pizza Express, Wagamama, Itsu, Yo Sushi, The Real Greek, Marston’s pub chain, TGI Fridays, Frankie and Benny’s, Pret a Manger, Moulin Rouge… And even Greggs have a vegan sausage roll, which they credited in March 2019 for driving a sharp rise in sales.

Veganism On the Rise

Veganism is rising sharply because we are facing up to the fact that veganism is essential to saving our dying planet, to stopping inexcusable cruelty to animals and to protecting our health in a society where health care provision is being rapidly eroded.