Home » Blog » Swine Fever – should we be worried?

Swine Fever – should we be worried? 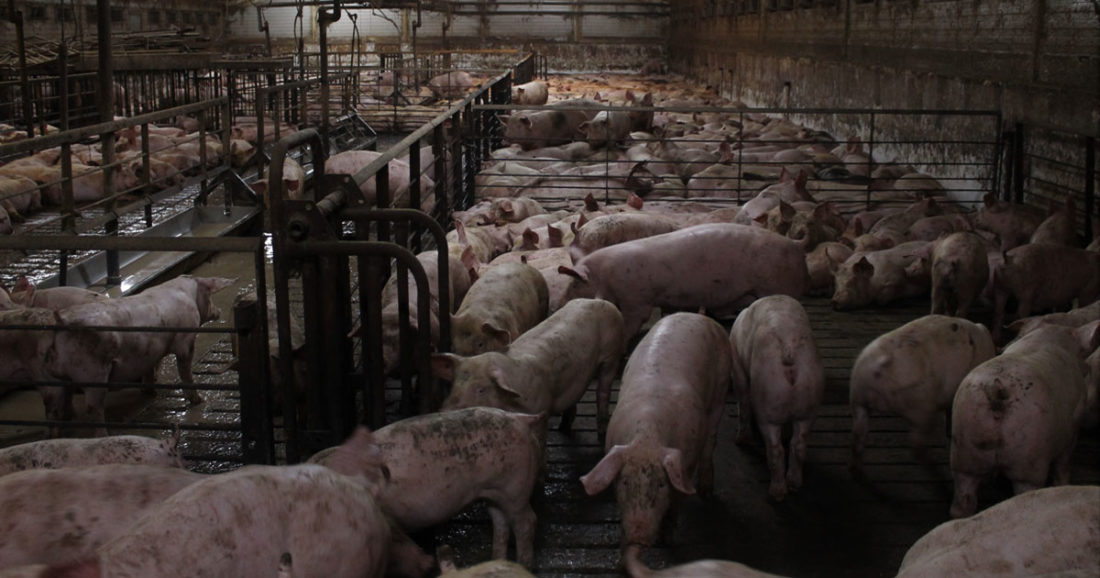 Known as ‘pig Ebola’, ASF causes pigs and wild boar to internally haemorrhage until they die – usually within 10 days of infection. So far it does not affect people but the virus can last for several weeks on clothes, equipment or vehicles, allowing for it to easily travel long distances. It can spread through contact with infected live or dead pigs and via contaminated pork products or tick bites.

ASF was first detected outside Africa in Portugal in 1957, it then re-emerged in Europe more recently, but never before has it spread so rapidly. It emerged in China in August last year and has led to more than 1.2 million pigs being culled there. Every province of China has now been affected and the disease has spread to Vietnam, Mongolia, Cambodia and North Korea.

It has also spread into eastern and central Europe, with cases reported in Romania, Moldova, Latvia, Ukraine, Poland, Russian and Hungary. More recently, large numbers of wild boar were found to be infected in Belgium. Denmark has built a 43-mile border fence to keep out wild boar. The UK government has raised the risk status of ASF entering the UK after the Eastern European outbreak saw 180,000 pigs culled.

In the Chinese Year of the Pig, some say that in China up to 200 million pigs may end up being slaughtered. “This is the biggest animal disease outbreak we’ve ever had on the planet” said Dirk Pfeiffer, a veterinary epidemiologist at City University of Hong Kong and ASF expert, “It makes the foot and mouth disease and BSE outbreaks pale in comparison to the damage that is being done. And we have no way to stop it from spreading”

The Vietnamese agriculture minister Nguyen Xuan Cuong says the virus had now spread to most of the country’s provinces: “The world and Vietnam have never faced such an extremely dangerous, difficult, complicated and expensive epidemic as this.” They have now culled about two million pigs, but more deaths are expected.

The UN Food and Agriculture Organisation says it believes the cases reported by governments have been underestimated – the problem may be even worse than we think.

China has been following the US and Europe in supersizing its farms whereby animals are reared not on green fields but in giant sheds packed to capacity. Pigs are kept in filthy, overcrowded conditions, in which disease can spread like wildfire. They’re denied access to fresh air, sunlight and space. Scientists have been warning about the health risks posed by intensive units, including the opportunities they provide for viruses and bacteria to spread and mutate. ASF is just the latest in a long line of diseases caused by factory farming, including bird flu, BSE and foot and mouth disease.

When a disease infects animals housed in mega-farms, it spreads quickly through the densely populated sheds. Animals are more susceptible to disease due to the extreme stress they experience from their cramped and inhumane surroundings. Add to that the fact that they are bred for fast growth, their immunity is low. These sheds provide an ideal reservoir for infection to spread – it’s a perfect storm of our own making.

Industrial farming also relies on just a few breeds of individual animals, this lack of diversity further reduces resistance. Livestock farming’s heavy reliance on antibiotics, with routine dosing, is linked to the rise in antibiotic resistance – so-called ‘superbugs’. So far ASF does not affect humans but if the virus were to mutate it would be a very different story. Our modern system of food production may come at a much higher cost than anyone could have predicted.

Writing for the UK’s Agriculture and Horticulture Development Board (AHDB), one analyst said that it seems likely that China will be unable to contain the spread of ASF, meaning further culling. Expectations are that production in China will fall, boosting import demand for pig products. Rather than look at what the causes were of this outbreak and consider the plight of these poor animals and look for possible solutions, the response was “…we will explore what the size of this opportunity might be”. Seeing a haemorrhagic disease outbreak as a business opportunity – that’s how disgracefully the meat industry behaves!

ASF is killing pigs across SE Asia rampaging through poor, overcrowded pigs incarcerated in misery. Of course all of these animals would have died anyway in an abattoir if they had lived long enough. Their fate is to die, of disease, by the knife or as they are culled in numbers that are unimaginable.

If you are horrified by the mass culling of pigs remember it’s possible to save pigs and other animals from the suffering they endure every day of their lives simply by not eating them. The power you have is to opt out and drop meat from your diet. It’s never been easier to go meat-free with supermarkets and restaurants offering a wide range of tasty meat-free meals. You can still have sausages but without any pigs having to die for them.

To find out about pig farming see www.viva.org.uk/pigs