Home » Blog » Viva!’s new billboard campaign asks the public to ‘Save a baby’

Viva!’s new billboard campaign asks the public to ‘Save a baby’ 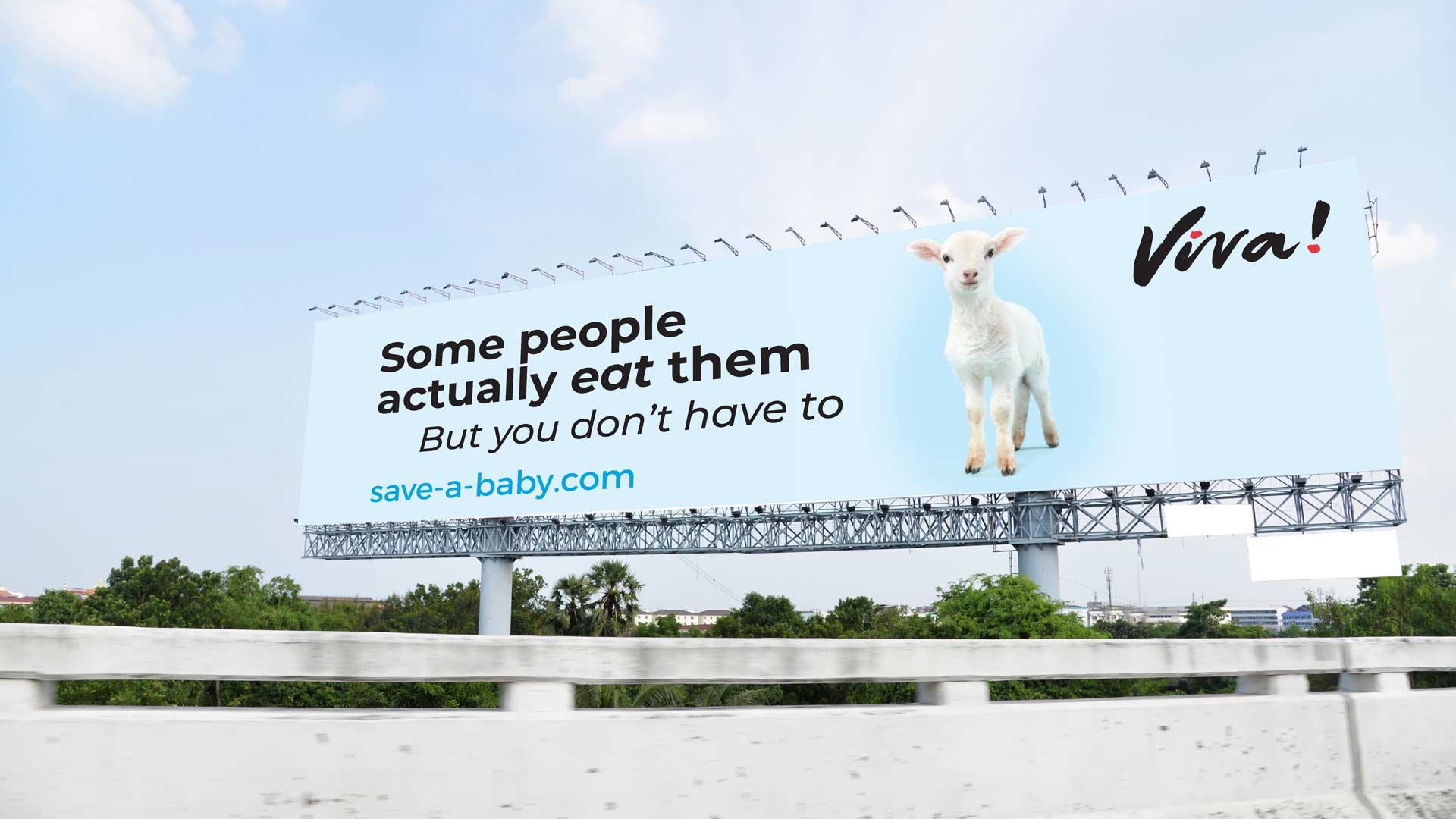 Viva! founder and director Juliet Gellatley speaks to Mighty Radio about vegan health, going vegan and the Save a Baby campaign.

Today Viva!, the UK’s leading vegan campaign charity, launched a new billboard campaign across the North West of England which aims to reach a staggering 10 million people. The campaign which is called ‘Save a Baby’ highlights the devastatingly young age at which most farmed animals are slaughtered.

The campaign leads with a powerful message which appeals to the good nature of the public. Lambs are the epitome of spring and most of us love watching these cute babies frolic in the fields and waggling their little tails.  Despite this, millions of these beautiful creatures are taken to slaughter each year when they are around 6 to 7 months old – many are just 12 weeks.

About one billion baby animals are slaughtered every year. Viva! are asking the public to be compassionate and to consider not eating animals.

Keep your eyes peeled for billboards placed across the North West of England including Bolton, Bury, Manchester, Eccles, Oldham, Stockport, Liverpool, Birkenhead and Bootle from 17 to 30 May.

Juliet Gellatley, founder and director of Viva!, talks about the importance of the campaign:

“About one billion babies are slaughtered every year. Just you, on your own, can make a big difference, saving over 100 babies every year – over 10,000 in an average lifetime.  At whatever age you go vegan you’ll be saving baby animals.

None of us want to incarcerate chicks, ducks, turkeys and piglets inside factory farms. Even the short life they are allowed is one of pain, suffering and squalor. It’s so bad that many die before they even get to the slaughterhouse. If we really want to end cruelty to animals there is only one answer – stop eating them. We’ll be better for it, so will the environment and the animals.”

We need your help

One billion baby animals are slaughtered every year. Help Viva! show meat eaters that everyone can make a big difference, saving over 100 babies every year – over 10,000 in an average lifetime. Let’s appeal to the public’s compassion and ask them to stop eating baby animals

So how can you help?

Viva! will be simultaneously releasing a compelling campaign video, conducting radio interviews in the area and carrying out local street actions (adhering to government guidelines of course!) across the North West.

Visit save-a-baby.com  to find out more.