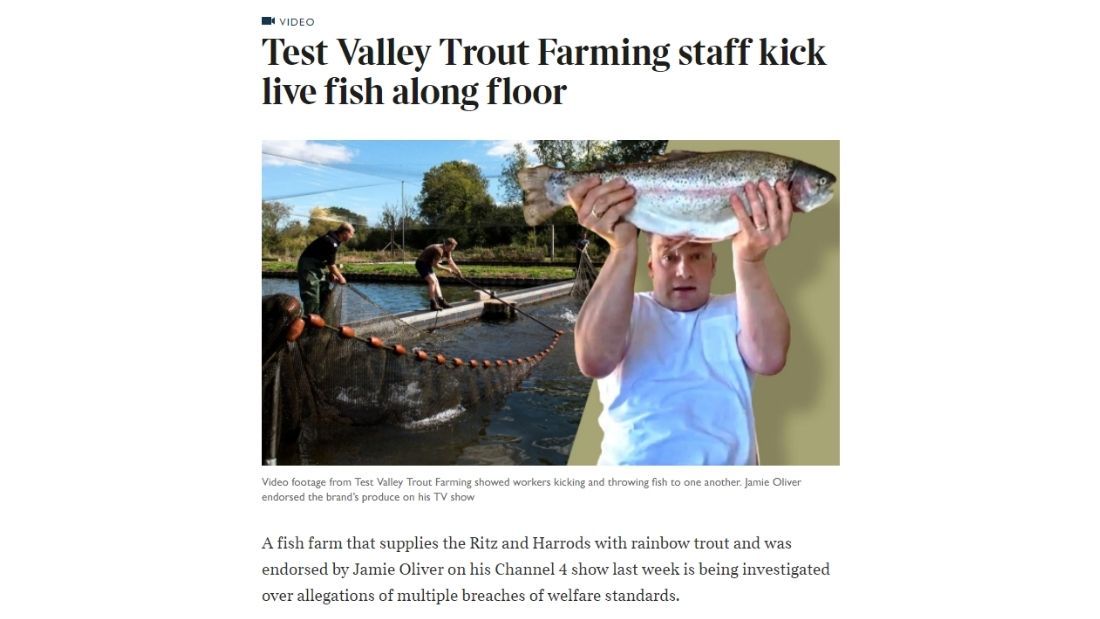 As featured in The Times. 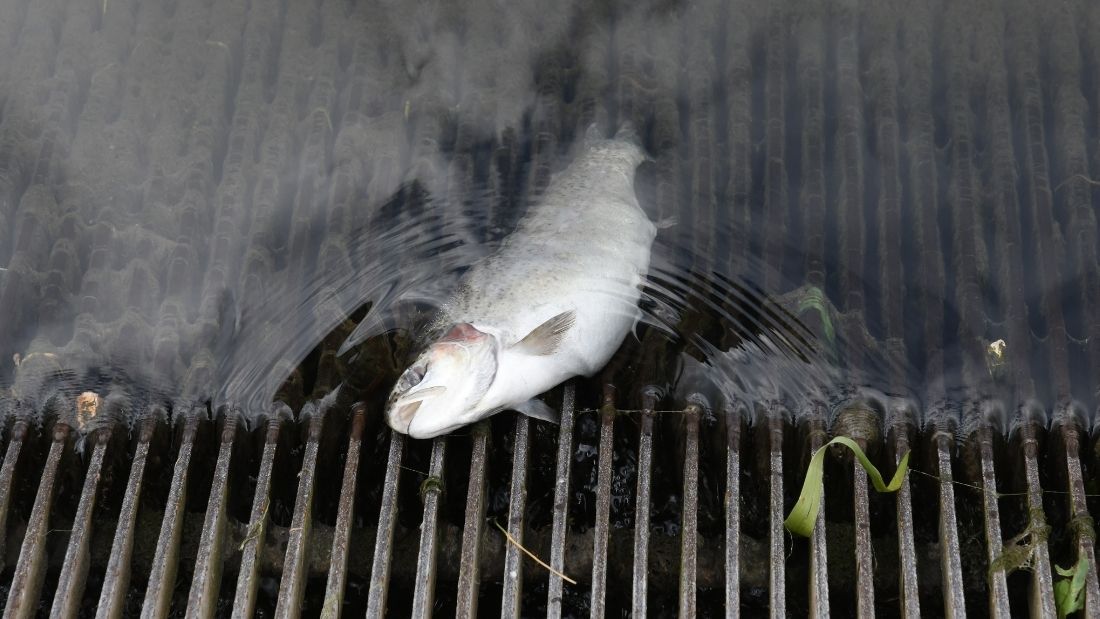 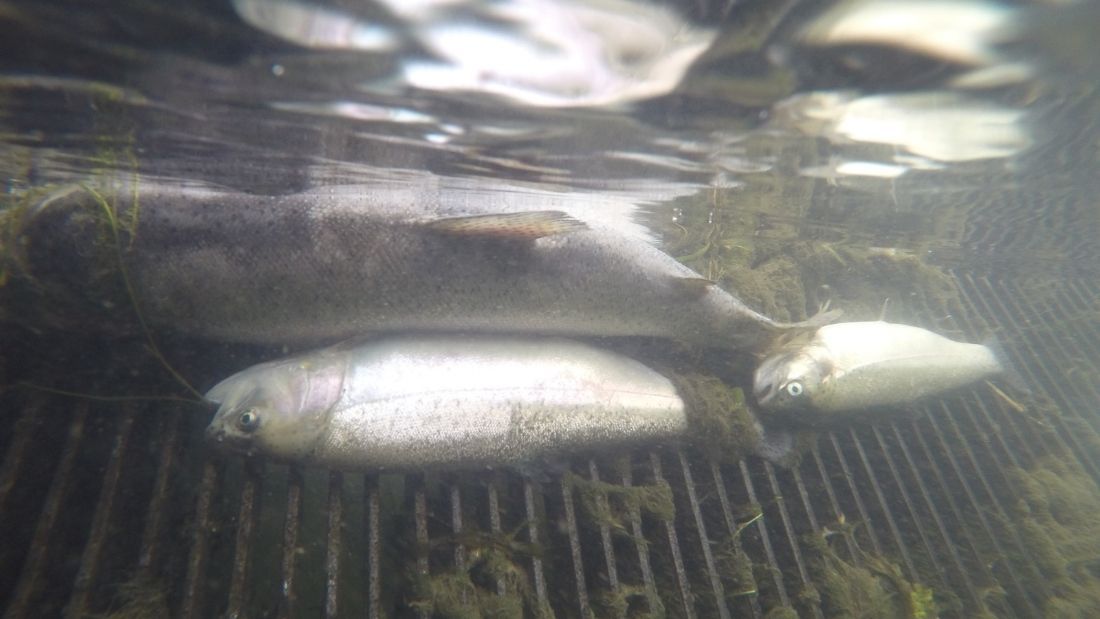 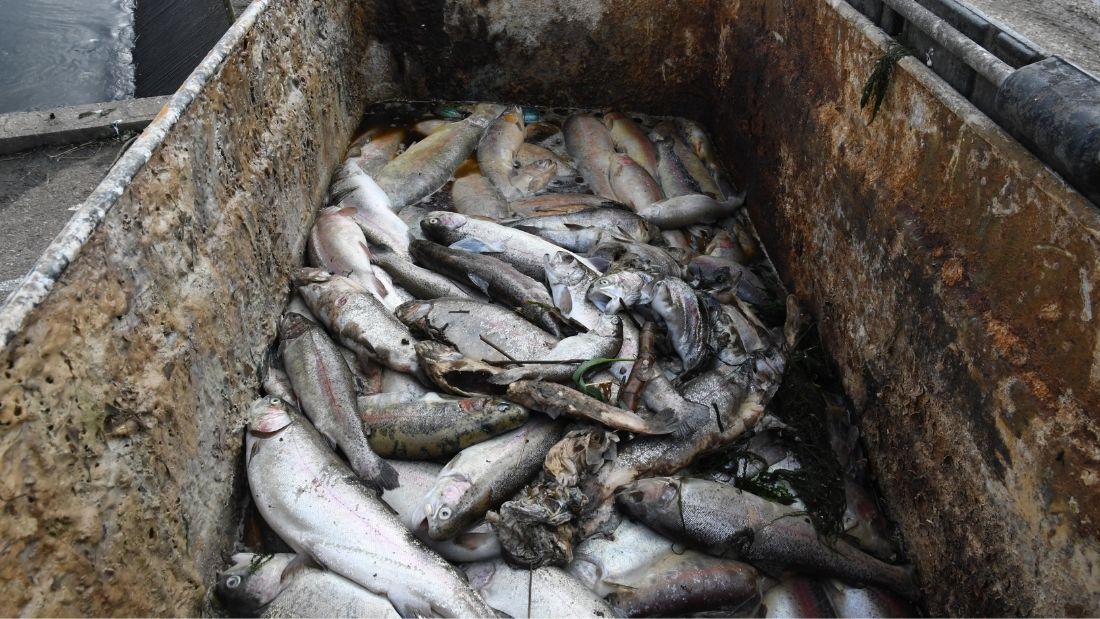 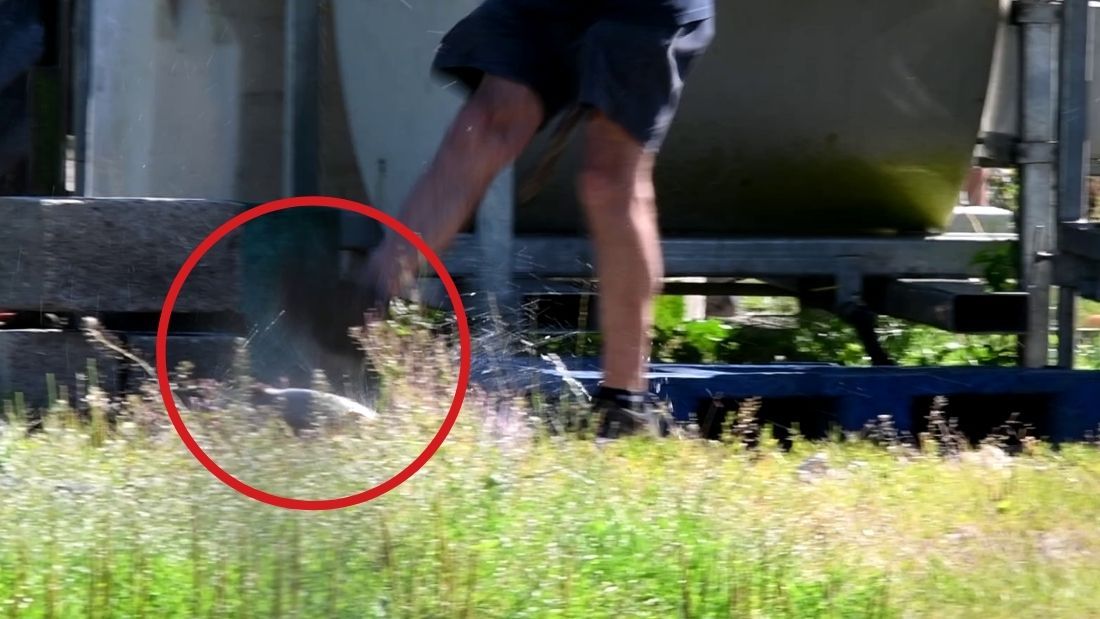 Promoted as a ‘sustainable’ solution to overfishing, modern fish farming (otherwise known as aquaculture) confines thousands of fish together in unnatural environments, creating a breeding ground for disease and causing widespread suffering.

The farms featured in this investigation demonstrate that regardless of species, when animals are factory farmed profit is prioritised over welfare.

Despite claims by ChalkStream Foods’ top executives that their fish swim in ‘crystal-clear’ chalk stream water, Viva!’s investigation footage reveals quite the opposite. Murky, faeces filled ponds were found across the board, creating an environment where infection can run rife. Clever marketing strategies are misleading consumers as well as portraying to the wider world that modern fish farming (otherwise known as aquaculture) is a ‘natural’, safe and clean industry.

RSPCA welfare standards for trout state that water supply ‘must be of a high quality’ (1), however these farms are failing to provide sufficiently clean water to their fish.

Rather ironically, the RSPCA welfare standards for trout features one of the ChalkStream Foods sites on the front cover of their guide.

As a result of high stocking density, poor handling practices and attacks from predators, physical damage to tails, fins and eyes were found to be widespread at ChalkStream Foods farms. Suffering from abrasive injuries, that removes the protective mucus on the fishes’ skin, leaves the fish open to infection from parasites, bacteria and secondary fungal infection.

Several large gaps and openings in the protective netting was also documented at ChalkStream Foods and appear to be in breach of yet more RSPCA guidelines which state that fish must be adequately protected from predators (2).

A significant number of dead fish were recorded floating in ponds or pushed up against the outlet grilles, easily visible to any workers who may walk by the pond. It appears that this company is violating another RSPCA guideline which explains that ‘dead fish should be promptly removed’(3).

Consumers will be shocked to learn that Viva! recorded footage of several fish corpses in a late stage of decomposition and left to rot for a considerable time. This raises more serious questions about water quality and what bacteria is lurking in it. Given that we are in the midst of a global pandemic, this is irresponsible behaviour and poses a potential risk to public health. RSPCA guidelines advise the ‘removal of dead fish must occur at least twice week’ (4).

Many consumers will be astonished to discover the industrialised nature of trout farming, which uses heavy-duty machinery to pump fish between ponds during their life-cycle. This causes immense stress and disorientation as the fish are transported through pipework with powerful and at times sporadic water jets. Not having a constant flow of water through the system inflicts abrasive injury and limits oxygen supply.

Surveillance footage shows workers handling the fish at a grading station, where they’re sorted by size for slaughter. Workers were captured throwing live trout, kicking them with frustration as they slapped on the ground and bashing them around the head with a wooden priest (a short blunt baton) – an extremely ineffective way to kill fish, which prolongs suffering. One fish was observed writhing around for several minutes while the worker failed to catch and kill them with the end of a short broom handle.

Trout which are not deemed profitable for ChalkStream Foods are discarded onto the floor, still alive and left to slowly die.

ChalkStream Foods workers are also documented taking fish out of water to be weighed for what appears to be an extortionately long period of time and exceeds RSPCA ‘out of water times’ for farmed trout. Removing fish from water limits their oxygen supply and so should only be done for minimal periods of time, which for the RSPCA should not exceed 15 seconds (7). Viva!’s footage documented a worker taking fish out of water for over 30 seconds. The workers’ actions will have inflicted tremendous stress and anxiety for the fish, causing further unnecessary suffering.

RSPCA have provided the following statement about the investigation “Our specialists have viewed the footage and we are all deeply upset and concerned at what is shown.  It is totally unacceptable for fish to be treated in this way.

We have launched an investigation and suspended three of the sites in the video, which means these farms cannot be marketed as RSPCA Assured. Our investigations are now ongoing.

Meanwhile, I would like to stress that any allegations of animal welfare issues, or breaches of the RSPCA Assured membership agreement, are not tolerated and taken very seriously.”

Professor Culum Brown, Head of TheFishLab at Macquarie University offers his thoughts on the investigation: “The entire series of photos cries neglect. The place looks abandoned. So many welfare issues appear to be occurring with loads of dead fish trapped in drains and many swimming around with terrible damage to their fins and bodies.  I’d be willing to bet there are rampant bacterial infections, water quality looks terrible.”

Viva!’s Head of Investigations Lex Rigby speaks about the investigation “ Clever marketing tactics of the trout farming industry would have you believe rainbow trout is a native species to Britain, naturally reared in ‘gin clear, spring-fed chalk streams’. But like all factory farming, intensive aquaculture priortises profit over welfare, causing significant pain and suffering.

With fish farming on the rise, these problems are only set to get worse. Now that there are so many more plant-based fish alternatives on offer, that really do taste great, there couldn’t be a more perfect time to choose vegan instead.”

As well as the welfare issues discovered on these farms and the countless others Viva! have exposed, factory farming poses a serious risk to public health. The cramped, unsanitary conditions on these farms are a breeding ground for disease. As we continue to navigate our way through a global pandemic, environments such as factory farms are a serious risk to human health.  It’s time to End Factory Farming Before it Ends Us.

For interviews or quotes please contact Siobhan Dolan on 07969 306 081 or email siobhan@viva.org.uk.