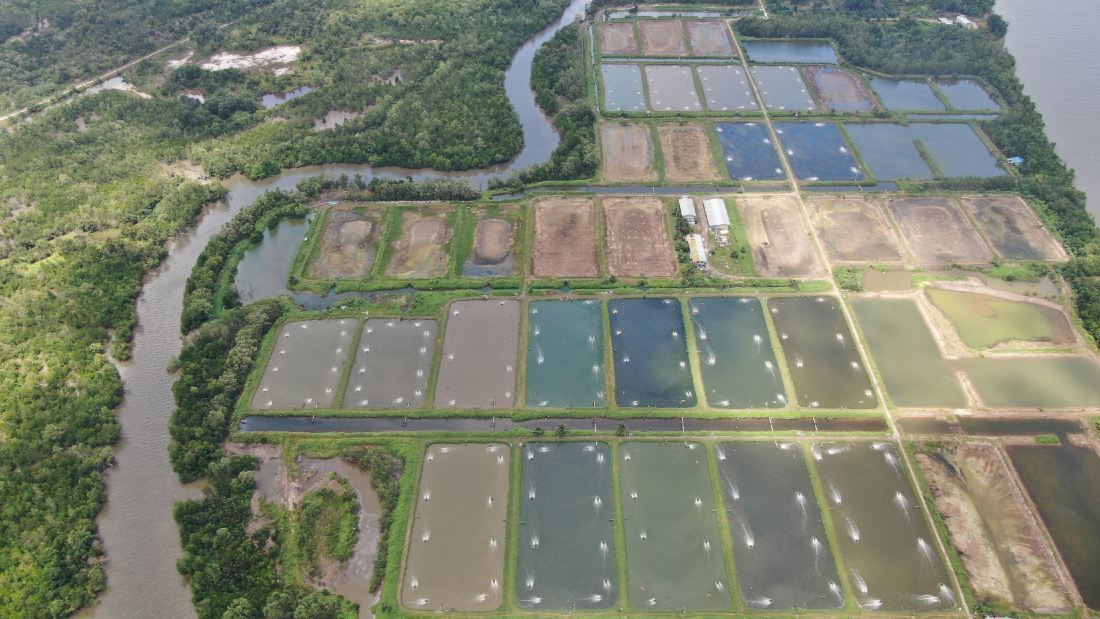 People are increasingly aware of the environmental destruction caused by our insatiable demand for meat. Until recent years, however, humankind’s impact on the marine world has somehow avoided the same level of scrutiny.

When I was researching the prawn industry, I wasn’t expecting to find out anything particularly bad – I’ve been vegan for 10 years and am an active campaigner for animal rights, so nothing much surprises me anymore. But as I went deeper and deeper into the topic, I was shocked to realise that the prawn industry is actually one of the most destructive of all the animal industries. As with so many issues within animal agriculture, I kept asking myself: why didn’t I know this stuff years ago?

The simple answer is that the prawn industry doesn’t want you to know about it. So, with that in mind, let’s take a look at the true impact of industrial prawn production on our world and why it matters. 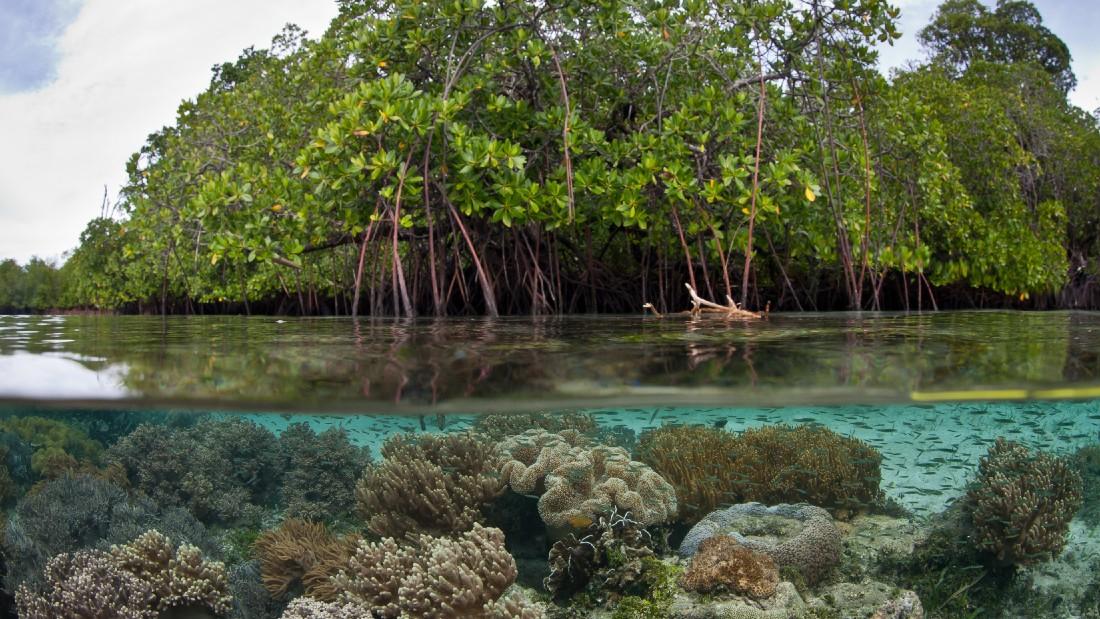 I hadn’t heard of mangrove forests before I began my research on prawns. It turns out, however, that the importance of mangrove forests cannot be overstated. Mostly found in South-East Asia, about 75 per cent of all commercially-farmed fish species depend on these ecosystems at some point in their life! They harbour almost 200 megafauna species such as sea cows, lemurs, tigers and mudskippers, form natural flood defences and store more carbon per metre than most other types of forest. In short, they are incredible habitats which we desperately need to protect as the climate crisis worsens.

Ironically, the fact that mangrove forests are so amazing at supporting life has meant they have been ruthlessly targeted by the prawn industry – essentially turning them into factory farms. Their salty waters are perfect for breeding prawns and big businesses have been quick to exploit this fact. Nowadays, mile after mile of mangrove forest has been replaced by concrete pools filled with filthy, brackish water densely crammed with farmed prawns. There are no regulations and farmers will plunder one area of mangrove forests for a few years until it becomes unproductive, then move on to the next area of pristine forest to destroy. The areas left behind can’t recover; they are too salty for anything to grow.

Some people may say that they only go for wild-caught prawns as a way of avoiding the destruction inflicted by aquaculture. However, wild-capture is not a viable alternative. Trawlers fishing for prawns use tight-knitted mesh nets to scoop up everything in their path. As prawns are so tiny, any animal that is the same size or bigger gets trapped in the trawl net. That’s why millions of whales, dolphins, seals, turtles and so many other species have been killed as ‘bycatch’ (non-target species) by the prawn industry in the last few decades. Dead, dying and injured ‘bycatch’ are thrown back into the ocean. Approximately 40 per cent of all marine animals killed by humans are seen as ‘bycatch’, meaning trillions of lives are lost simply for being the wrong species. 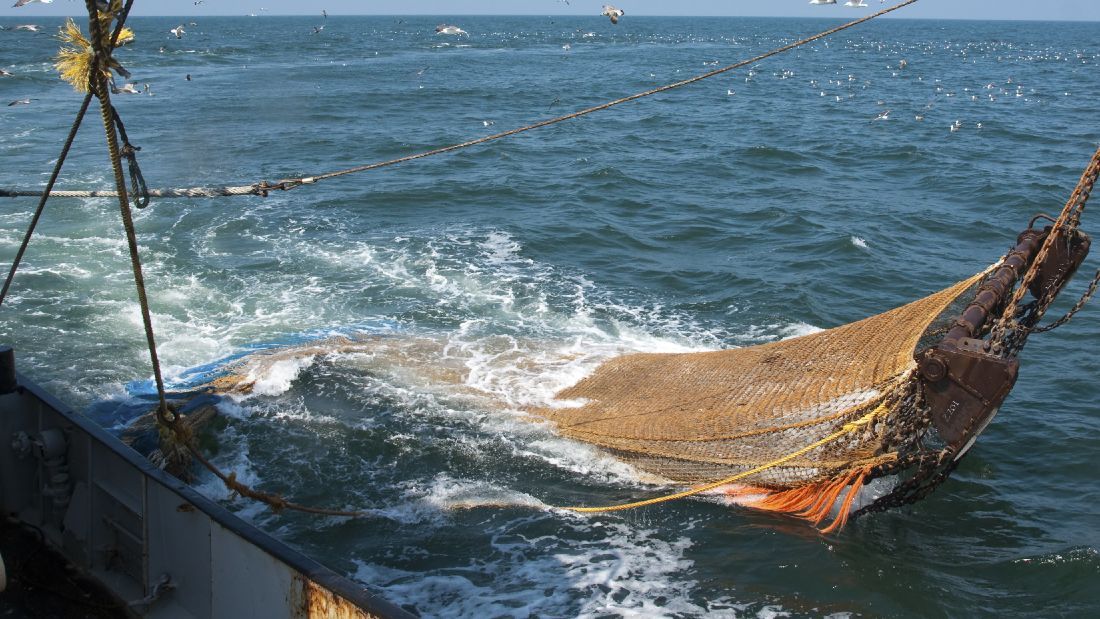 A trawler bringing up a net full of marine animals

Trawl nets are often heavily-weighted so that they drag along the seabed. Coral reefs that have flourished for millennia are destroyed in seconds. It’s the underwater equivalent of clear-cutting a rainforest to catch insects. At the same time, the oceans are littered with lost or discarded nets. Known as ‘ghost fishing’, these nets carry on catching and trapping fish in their nets as they float through the ocean. Fish die in the nets and other fish, drawn by the smell of flesh, end up trapped as well. It’s a vicious cycle and the sea beds are increasingly filled with these graveyards. Over 640,000 tonnes of fishing gear end up in the oceans every single year which is likened to dumping 55,000 double-decker buses of plastic annually.

Protect the planet: Leave all animals off your plate

The prawn industry is just one example of the lengths humans have gone to in order to meet an ever-increasing demand for flesh. But animal products are not necessary to be healthy and fit. A vegan diet has been proven to be the ‘single biggest way’ we can protect the planet. Have a look at our free 7-day vegan planner to get started on your vegan journey, or find out more about the ethical issues surrounding the prawn industry.