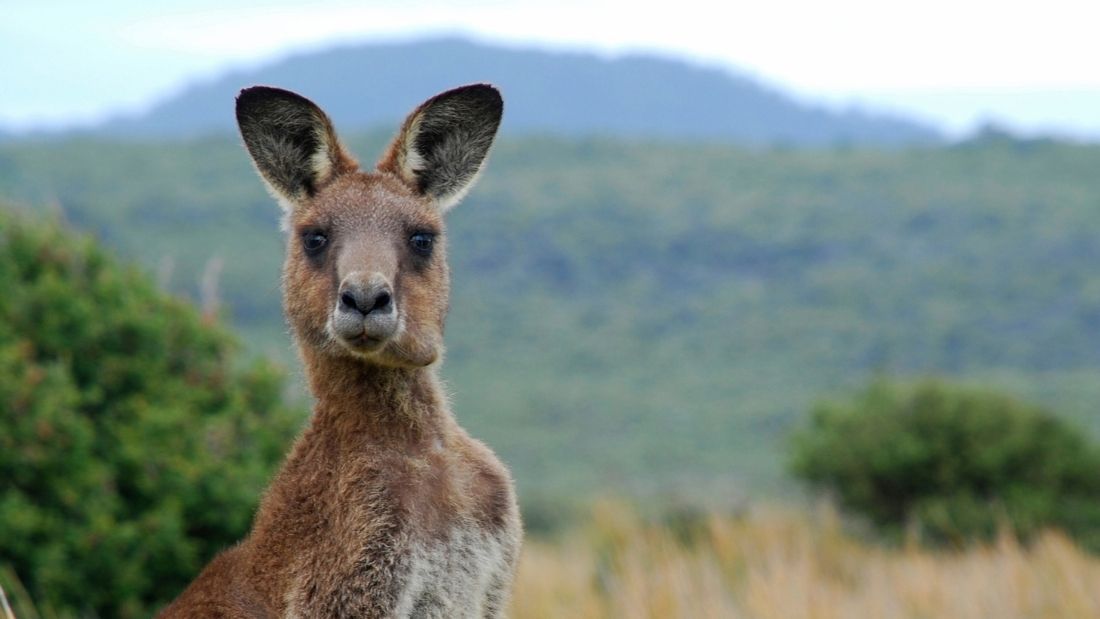 The hard-hitting film exposes the hidden truth behind Nike shoes made from kangaroo skin. Running at 60-seconds long, the short film lays bare Nike’s supply chain – using reverse sequencing to follow the production of their kangaroo skin boots. Opening on a soccer player kicking a ball into a goal, the film casts an eye on the supply chain and manufacturing process, revealing how wild kangaroos are shot and stripped of their skin in the Australian outback.

The market for kangaroo skin soccer shoes is at the core of the largest terrestrial wildlife slaughter on the planet. Though K-Leather is sold throughout the world, the U.S. is the second largest market, behind only the European Union.

“I wanted to expose the bloody truth that is being hidden from well-intentioned consumers who may have no idea how their ‘K-leather’ shoes are being made,” said Polone. “Nike can no longer hide its responsibility for this atrocity.”

The film concludes by noting that “Nike Profits. Kangaroos Die.”

The film was produced in collaboration with the Centre for a Humane Economy and forms part of a global campaign to persuade Nike to end its role in the killing of two million wild kangaroos each year.

The campaign came to life after raging bush fires engulfed parts of Australia and burned or displaced three billion animals, including millions of kangaroos. The public rallied together to raise funds to save the koalas and kangaroos, but few people realise the extent of the ongoing kangaroo massacre for the sake of soccer boots.

“Nike officials are not pulling the trigger, but they might as well be,” noted Wayne Pacelle, President of the Center for a Humane Economy. “Using spotlights and night-vision rifle scopes, hired guns kill entire kangaroo families in the dead of night so they can sell the skins to the world’s best-known athletic shoe company.”

“We’re no longer making hats from herons and egrets, we no longer decorate our living rooms with ivory trinkets, and we shouldn’t wear athletic shoes made from the skins of kangaroos. There’s just no need for it. Every one of these companies already sells soccer cleats made from fabrics not stripped from the backs and bodies of wildlife.”

The film adds to mounting pressure from consumers to end the use of kangaroo skin, with many clothing manufacturers, such as Versace, Prada and Gucci, committing to go K-leather free.

“We don’t treat sports as a cordoned-off enterprise set apart from the rest of world and its swirl of social concerns. That means we care about the things we wear, the supply chain that allows them to be fabricated, and the precious world that we all inhabit with animals.”

“Viva! has been campaigning against the sale of kangaroo meat since the 1990s. We have achieved numerous successes in the removal of kangaroo products from our supermarket shelves and are to announce that all UK supermarkets are now kangaroo meat free. In 2003, Viva!USA filed a lawsuit against Adidas America Inc and three sports shops for illegally selling kangaroo-skin Predator boots in California ⁠–⁠ a case which is still making waves now. This is an issue very close to my heart and I strongly support the Center for a Humane Economy’s campaign against Nike.”

For more information about the Center for a Humane Economy, contact Mitchell Fox on  mfox@centerforahumaneeconomy.org