New swine flu virus poised to cause the next pandemic 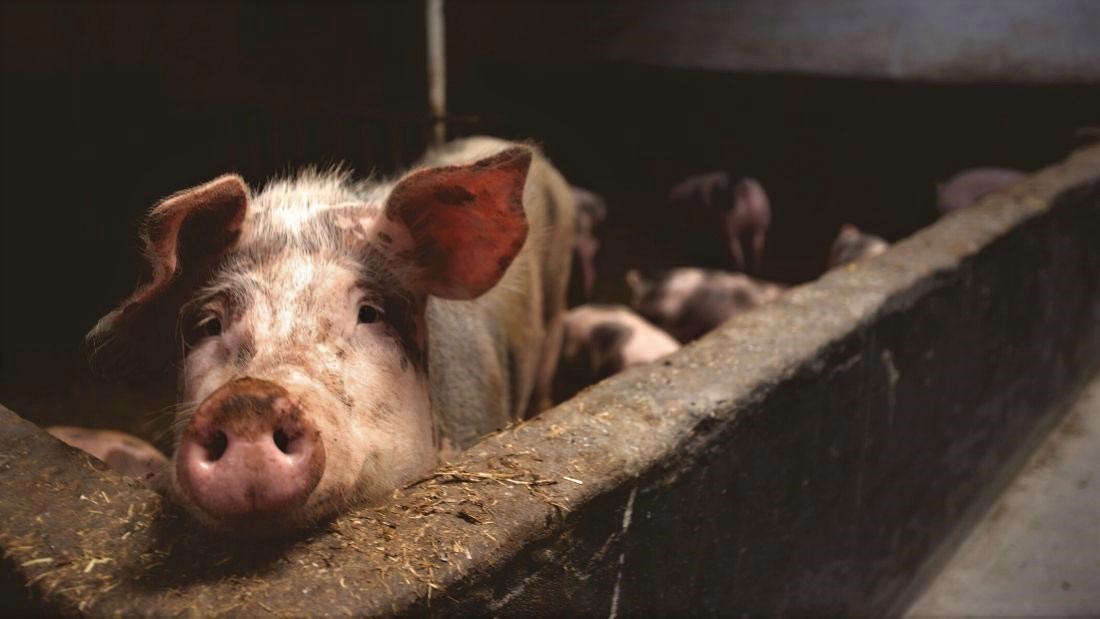 A new strain of flu with the potential to become the next global pandemic has been identified in pigs in China.

On the 100th day of lockdown and during the week that Viva!’s new documentary Hogwood, a modern horror story launched on Amazon, the Guardian newspaper reports how scientists monitoring influenza viruses in pigs in China have discovered a new one which has infected humans and may be poised to cause the next pandemic.

Pigs are susceptible to becoming infected with flu viruses – especially those living in the unsanitary conditions found on factory farms – and swine H1N1 viruses have been circulating in pigs since the Spanish flu pandemic of 1918. When pigs are infected, they can act as ‘mixing vessels’ combining elements of viruses from pigs, humans and birds to make a new virus, previously unseen. Because of this threat, scientists routinely monitor viruses in pigs, looking for early warning signs of the next potential pandemic.

This study, published in the Proceedings of the National Academy of Sciences, reports how an influenza virus surveillance of pigs in China has found a new virus; similar to the one that caused the 2009 swine flu pandemic which originated in Mexico. The 2009 virus contained a unique combination of genes from humans, birds, North American pigs and Eurasian pigs. It killed hundreds of thousands of people, and unlike seasonal flu, it mainly affected children and younger adults.

The worrying feature of this new virus is that it that it may be even more infectious than the 2009 virus; jumping from pigs to humans more easily. Increased infectivity greatly increases the opportunity for viruses to mutate and change in humans, raising concerns that this virus could become easily passed between humans, triggering the next pandemic. A further concern is that it also appears that those who caught swine flu in 2009 do not have protection (immunity) from this one.

Blood tests of swine workers included in the study found that 10 per cent tested positive for the new virus, with 20 per cent of 18-35 year olds with occupational exposure testing positive. This shows that they have been infected with the virus – though only a handful of people became ill. The concern is that it could mutate into a virus that poses a serious threat to human health and becomes easily spread between people – a dangerous combination. The highly pathogenic H5N1, for example, kills around 60 per cent of those it infects but thankfully it does not spread easily between people. The threat from this new virus is not imminent, scientists say, but warrants close monitoring.

As factory farming spreads across the globe, diseases follow, spreading like wildfire through the densely populated sheds. Animals kept in horrific conditions are more susceptible to disease due to the extreme stress they experience from their cramped and inhumane surroundings. Bred for fast growth, their immunity is low. It’s a perfect storm of our own making. Scientists have been warning about the health risks posed by intensive units for years, including the opportunities they provide for viruses and bacteria to spread and mutate.

Most governments thought the next pandemic would be caused by a flu virus emerging from poultry or pigs. They have to listen to these warnings. We have the opportunity to prevent this and other zoonotic disease outbreaks happening, it’s time to end factory farming and go vegan.

Find out more about flu viruses and zoonotic diseases that spread from animals to humans here.

Previous post: The meat industry could trigger the next pandemic
Next post: Lab-grown meat – the way ahead?
Scroll up