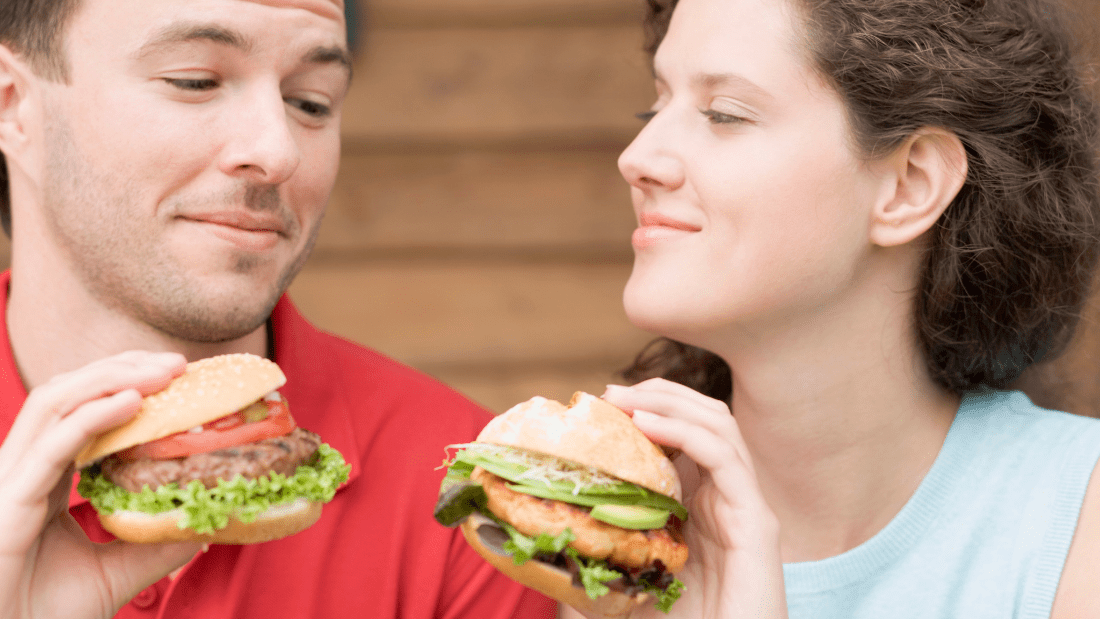 This week news headlines declared that “Plant-based meat not nutritionally equivalent to real meat, finds study” implying that plant-based meat alternatives are nutritionally inferior to meat. We looked at the study, published in the journal Scientific Reports, and spoke to the lead author and this is not what they found at all.

The researchers from Duke University in the US compared 18 cooked samples of a plant-based meat alternative with 18 cooked samples of grass-fed beef purchased from a ranch in Idaho. Although an estimated 97 per cent of cattle slaughtered for meat in the US are fed grains, they chose to look at grass-fed beef because, they said, like plant-based “beef” it is often considered healthier and more environmentally-friendly. They didn’t name the plant-based meat alternative, but the Nutrition Facts panel and some other information provided suggest that it was probably the soya-based Impossible Burger.

The omega-3 fat DHA, vitamin B3, glucosamine, hydroxyproline and some antioxidants (allantoin, anserine, cysteamine, spermine and squalene) were amongst those only found in beef. Vitamin C, phytosterols and several other antioxidants (loganin, sulfurol, syringic acid, tyrosol and vanillic acid) were amongst those only found in the plant-based meat alternative.

They concluded that plant-based and beef burgers are not interchangeable just as “a peanut is not an egg.” They also say that they can’t determine which is healthier from this study. Lead researcher Dr Stephan van Vliet said: “…some people on vegan diets (no animal products), can live healthy lives – that’s very clear.”

Viva! Health recommends a varied vegan diet to ensure you get a good supply of the nutrients you need. It’s not advisable to eat lots of processed foods as they tend to contain relatively high levels of fat and salt which can increase the risk of obesity and cardiovascular disease (which both occur at much lower levels in vegans). Healthy alternatives to meat might include tofu, tempeh, falafel, nut burgers etc. See the Vegan Recipe Club for inspiration.

Perhaps the main difference when comparing meat and plant-based foods is that the vegan alternatives are not linked to cancer in the same way as red and processed meat. Find out more about how meat harms health here.

Previous post: First human case of H10N3 bird flu reported in China
Next post: Avocados and almonds – again
Scroll up
We use cookies on our website to give you the most relevant experience by remembering your preferences and repeat visits. By clicking “Accept All”, you consent to the use of ALL the cookies. However, you may visit "Cookie Settings" to provide a controlled consent. More info at https://viva.org.uk/terms/
Cookie SettingsAccept All
Manage consent